The Sounds of Leadership 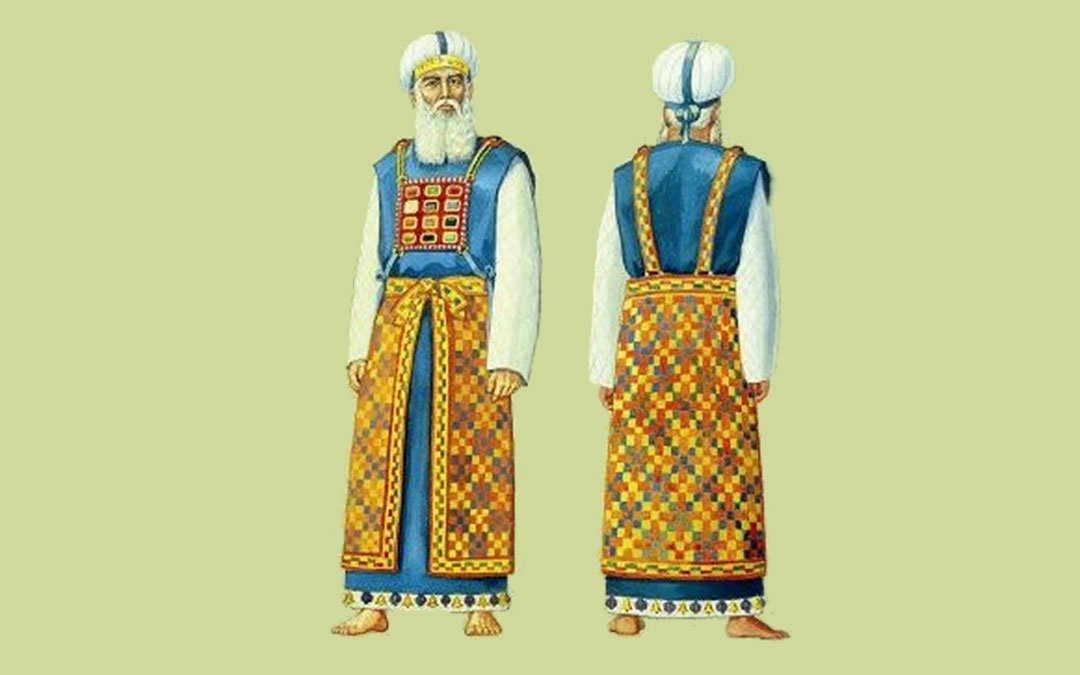 This past month the HA Elementary School embarked on the “Be a Mensch” Project which aimed at recognizing selected Middot Tovot (character traits) in others.  What a wonderful sight it has been to see students, faculty and staff literally wearing their good behaviour as badges of honour.  In Hebrew the words for clothing, madim, and for character traits, middot, are etymologically related.  The message: we wear our actions, good or bad, on our sleeves.

This week’s parsha is devoted almost exclusively to the bigdei kehunah (priestly garments) of the regular kohanim, who wear four garments, and the Kohen Gadol, who wears wears eight.  Many commentators offer significant messages that are conveyed by the structure and form of the various items of clothing.  The ultimate purpose of these beautiful uniforms was “l’kavod u’l’tiferet” – for the honour and glory of the Ribbono Shel Olam (Shemot 28:2).

Among the special garments described in our parasha that were worn by the Kohen Gadol is the Me’il, the Robe – (Shemot 28:31-35). The Me’il was long enough to come down to the feet of the Kohen Gadol and along the bottom hem, it was decorated with a series of 72 pomegranates made of blue, purple and scarlet wool, and golden bells each with a ringer in an alternating array.  According to Rashi’s interpretation, the pomegranates and golden bells alternated all around the bottom of the Me’il.  These pomegranates and bells were both decorative and functional:

“It must be on Aaron in order to minister, its sound shall be heard when he enters the Sanctuary before Hashem, and when he leaves, so that he not die.” (Shemot 28:35)

There are a many interpretations on the significance and purpose of the bells, as well as many lessons to be learned.  Some suggest their sounding being intended for the people’s ears (Rashbam, Chizkuni), some suggest they were intended for Hashem Himself and/or the angels (Ramban) and others describe the bells along with all the priestly vestments as serving as a Kapara (atonement) for different sins of the Jewish people including unintentional murderers (Yerushalmi), or for lashon hara (Kli Yakar).

But, what if the bells’ message was intended for the Kohen Gadol himself?  What was the lesson learned for the spiritual leader of the Jewish people himself as he heard the sounding of the bells while entering and exiting the Sanctuary?

Perhaps a message was that in order to successfully lead, to be heard and to be followed, he had to understand that his role was to be servant first.  Only when he would act in the best interest of his people – “l’sharet” – then they would follow him – “V’nishma Kolo”.

In an essay called The Servant as Leader, first published in 1970, Robert K. Greenleaf coined the phrase “servant leadership”, which elaborates on this idea.  He writes:

“The servant-leader is servant first… It begins with the natural feeling that one wants to serve, to serve first. Then conscious choice brings one to aspire to lead. That person is sharply different from one who is leader first, perhaps because of the need to assuage an unusual power drive or to acquire material possessions.”

Greenleaf continues: “The difference manifests itself in the care taken by the servant-first to make sure that other people’s highest priority needs are being served. The best test, and difficult to administer, is: Do those served grow as persons? Do they, while being served, become healthier, wiser, freer, more autonomous, more likely themselves to become servants? And, what is the effect on the least privileged in society? Will they benefit or at least not be further deprived?”

According to Greenleaf, a servant-leader focuses primarily on the growth and well-being of people and the communities to which they belong. While traditional leadership generally involves the accumulation and exercise of power by one at the “top of the pyramid,” servant leadership is different. The servant-leader shares power, puts the needs of others first and helps people develop and perform as highly as possible.

Perhaps we can say that Moshe Rabbeinu models servant leadership for his brother Aaron and all future leaders, by “recusing himself” from this week’s parasha, the only parasha since his birth that his name is not mentioned.  He steps aside temporarily into anonymity to bring out the autonomy and service of Aaron.

Thus the Me’il was an important reminder for the spiritual leader of the budding Jewish civilization in the dessert, and an important lesson for community leaders, school leaders, classroom leaders, and parent leaders everywhere to lead by recognizing the best in others, cultivating their talents, then they will follow.