The late 1960’s and the 1970’s saw great changes in the Quebec educational system.  Hebrew Academy adapted well to these new challenges.  With the advent of government subsidies to Jewish day schools, the hours of French instruction in elementary schools greatly increased, eventually surpassing those of English instruction.

The shift of the Jewish population to the West End of Montreal forced Hebrew Academy to look for new facilities.  In 1979 Hebrew Academy  rented facilities in Cote St. Luc on Mackle Road. In 1984, a Garderie was established to meet the needs of working parents.

In 1990, Hebrew Academy purchased the YM-YWHA (Davis branch) building on Kellert Road.  A beautiful new facility was completed in 1992 on that site. That same year, the school launched its  Section Française, which extends to Grade 6.

*”While legally, the actual merger may have taken place in 1967, it was in September, 1966, that the first high school class (Grade 8) created by the Young Israel/Adath Israel merger began at the Ducharme Ave. site,” said aluma Dorothy Lipovenko (’70). “That was my class, and those four wonderful years are tattooed on my brain!”

Hebrew Academy is an Orthodox Jewish Day School committed to the overriding importance of Talmud Torah and religious practice; the value of secular studies; the cultivation of a sense of both belonging to, and responsibility for, the Jewish people; and the central religious significance of both the land of Israel and the State of Israel in the life of the Jewish community.

Hebrew Academy strives to maximize the academic, intellectual, religious and emotional development of each student. Our goal is to prepare students to take their place in the Jewish community, in Québec society, in Israel and in the Diaspora, as leaders and role models for generations to come.

The creation of the State of Israel is one of the seminal events in Jewish history. Recognizing the significance of the State and its national institutions, we seek to instil in our students an attachment to Medinat Yisrael and its people, as well as a sense of responsibility for their welfare. 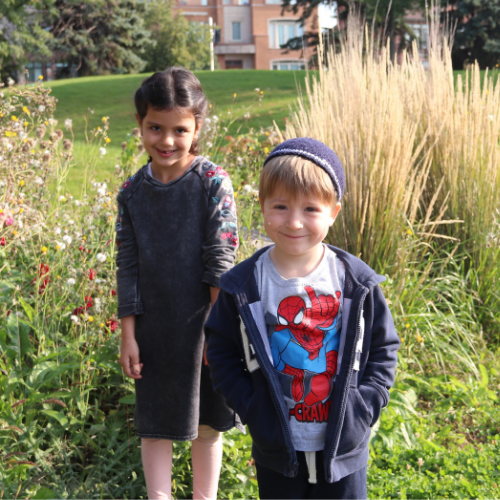