A chance to give back

Hebrew Academy’s Alumni Hakarat Hatov Campaign presents an opportunity for alumni to give back to the institution that has given them so much.

“Each of us has a unique connection to HA; it has shaped our development, choice of career, religious and ethical values in one way or another. For the first time in our 50-year history, we are building an alumni community of supporters. In doing so, we hope to strengthen our school, our community and our children’s future. 100% of funds will be used towards tuition assistance and the betterment of Hebrew Academy for generations. Please give generously to the Alumni Hakarat Hatov Campaign!”

Reconnect with old friends and members of the HA family through our official Hebrew Academy Montreal Facebook page! Be the first to learn about upcoming HA events – join our FB group today!

Remember the HA Bullets, The Grrrreat Hunter, the colourful trailers on Mackle and Mr. Suissa’s famous potatoes with spice? So do we! Join us on a trip down Memory Lane with HA’s 50th Anniversary Shalshelet. Trust Us. You’ll be glad you did!

Check out this special video featuring our very own HA alumni!

Hebrew Academy’s gymnasium is the hub of activity each February, as fans of all ages gather to cheer on basketball players competing in the Annual Oren Grunbaum Hebrew Academy Invitational Basketball Tournament. Founded in 1995, the tournament brings together top players ages 15 and 16 from Montreal and the United States to participate in four days of friendly competition on the courts. In 1996, the tournament was renamed after Hebrew Academy alumnus Oren Grunbaum (’93), an outgoing free spirit with a fun-loving personality, who passed away that year in a tragic accident. “Oren is remembered by his teachers as a young man with great creativity and personal warmth,” said Hebrew Academy Executive Director Linda Lehrer. “He had a distinctive love of basketball and played on the Hebrew Academy teams. This tournament will continually serve to perpetuate Oren’s memory.”

Every year during Chol Hamoed Pesach, Hebrew Academy alumni reunite for a few days of friendly competition as participants and spectators of the annual Barry Mishkin Tournament. The tournament was established in 2000 in memory of beloved Hebrew Academy alumnus Dr. Barry Mishkin (’86), a husband, father and a gastroenterologist who was diagnosed with leukemia. While all Hebrew Academy alumni are invited to play, the level of competition is very high as it tends to attract Hebrew Academy’s best players from the past three decades. If you are interested in taking part, please contact Director of Athletics Yoni Lehrer at yo*********@ha****.org. We look forward to greeting you back at HA!

A small Israeli shop with a big Hebrew Academy connection

In the heart of Jerusalem, on Ben Yehuda Street – the ever-popular pedestrian-mall that’s a hotspot for tourists, yeshiva and seminary students and Israelis alike – there’s a small shop with a big Hebrew Academy connection.  The Muffin Boutique, a bakery/café that serves Montreal-style bagels, salads and shakes, among other fare, is owned by Hebrew Academy alumna Lainie (Dubrow) Richler (’83) and her husband Shmarya, who made aliyah with their children in 1995. Click here to read the full story. 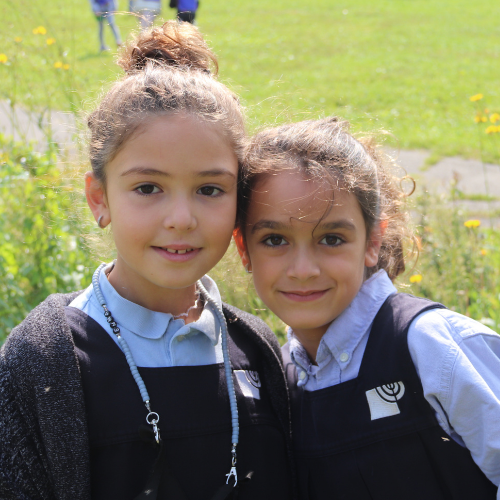 Stay Connected with the HA Family