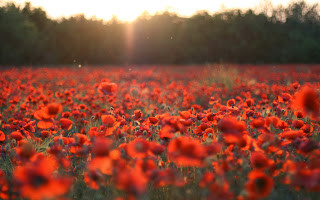 The Hebrew Academy Beit Midrash was the site of two sombre assemblies on Wednesday, as students, faculty and staff commemorated Kristallnacht and Remembrance Day in separate Elementary and High School assemblies.

Grades 4 to 6 paid tribute to the martyrs of the Shoah and honoured those who served and gave their lives defending Canadians and others. Following the Prayer for the Welfare of the Canadian Government, Elementary Rav Mechanech Rabbi Eddie Shostak contextualized Kristallnacht and Remembrance Day and spoke about his personal connection to the day as the grandson of a Canadian veteran.  Grade 6 students Ethan Bendayan, Eliana Eisenberg, Aliza Cano, Eliyahu Cano, Emmanuel Sorek, Moshe Azoulay de Courten, Josh Samuels, Sara Hamaoui, Raphael Somech and Moshe Cohen shared a beautiful presentation prepared with Enrichment Teacher Lori Aronoff; the children read first-person accounts of Kristallnacht and recited poems on both Kristallnacht and Remembrance Day, highlighted in engaging Powerpoint slides.

Rabbi Shostak then recounted the story of Israeli heroine Chana Senesh and Music Director Amiel Bender taught students the song composed around Senesh’s famous poem, Eli Eli. This was followed by an upbeat rendition of Ani Ma’amin, reflecting our strength and unity as Am Yisrael. Students were encouraged to join in and sing on behalf of the one million children who perished in the Holocaust. Finally, Rabbi Shostak emphasized that everyone has a mission. “We may not know exactly what our mission is right now,” he said. “But there is a reason why every one of us is here today. We were chosen to be here and that is a huge responsibility – to fulfill our mission.”

Fulfilling our mission was also a central theme of the High School assembly. Addressing Grade 7 to 11 students via Skype, Major General Edward Fitch of Victoria, BC, spoke about every Jew’s mission to be a light unto the nations and to perform Tikkun Olam. A former Montrealer and relative of Grade 10 student Gita Margolese, Major Fitch is the highest-ranking living Jewish officer in the Canadian Armed Forces. The veteran recounted his experiences over the course of 43 years in the military and underscored his Jewish pride. He also shared his personal journey toward a more observant Jewish life.

“I made sure my fellow soldiers knew I was Jewish,” he said. “If I could not respect my religion, how could I expect others to respect it?”  Now retired, Major Fitch continues his Tikkun Olam efforts as a volunteer in both the Jewish and greater community of Victoria. His compelling address inspired many questions from students.

Grade 11 student Shane Safran presented an exceptional video he produced about Kristallnacht, then he and classmate Gabriel Bensimon spoke to the audience about the significance of Kristallnacht, World War II and Remembrance Day.  The two also underscored the importance of being agents of change and asked each student to take on a personal challenge, in writing, for the coming year.

Kol Hakavod to all of the students, teachers and administrators for their hard work and beautiful presentations which added context and meaning to these most important days.