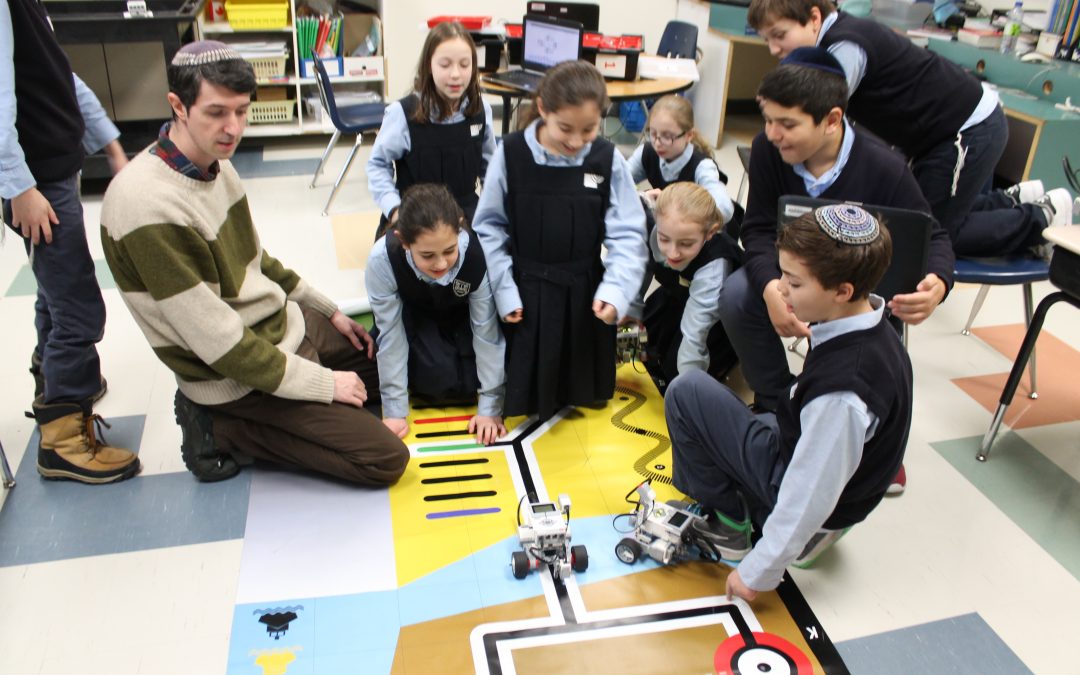 By Rabbi Sorin Rosen, Coordinator of Technology and Educational Innovations

Yes, playing with LEGOs can be really fun for most children; but when you can also learn a concept or two that will be useful for a lifetime, the fun gets taken to a whole new level!

Hebrew Academy’s Robotics course forms part of the French/Science curriculum in Grades 3 through 6. Over a number of weeks, students explore the world of LEGO Mindstorms EV3 and its visual programming environment. Gradually, classes are introduced to simple and complex programming concepts and work with LEGO pieces and sensors to solve various challenges for their little machine creations. The workshops are all hands-on and include the assembly, programming and testing of robots.

Our students are proud to have achieved a number of goals: they have “taught” their robots how to retrace a pattern, how to differentiate between colours, how to “communicate” by using audio and visual signals, and how to prospect a terrain and count/avoid obstacles along the way.

Meanwhile, the students have become skilled in flow-charting their logic, using programming structures such as REPEAT-UNTIL loops, IF-ELSE and SWITCH blocks, managing variables and using logical operators, problem-solving, debugging code, as well as in selecting and configuring visual programming blocks to achieve a predetermined goal.