Let’s be clear on where we stand – Parashat Vayeishev 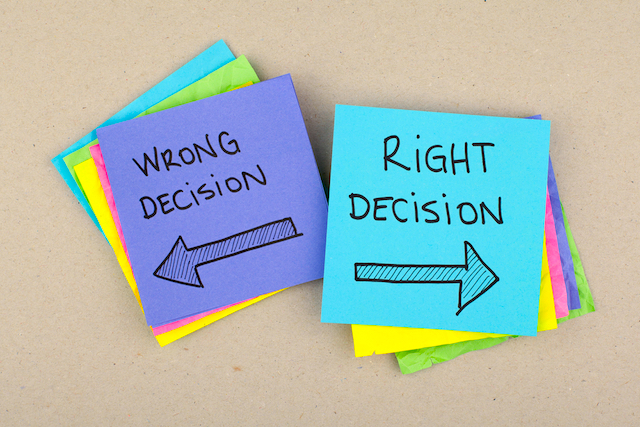 Years ago, on one of the daytime talk shows, a psychologist was giving parents of school-aged children advice on how to keep their kids safe. To that end, he shared the results of the following experiment: The psychologist went to the local park with a dog leash but no dog. With the parents’ consent, he approached kids and asked them for help in finding his lost puppy. He then recorded whether or not the children agreed to help. Of the dozens of children tested, only one, six-year-old boy yelled “no!” and ran away. Curious as to this outlier, he interviewed the parents and the child. This little boy said that his mother told him never to walk off with someone he didn’t know. The mother admitted that she repeats the message to him so often, that she was sure he could hear her talking to him even when she wasn’t there. Though the experiment was scary, to say the least, the results are compelling.

Parashat Vayeishev tells the ugly tale of the jealousy and rivalry between Yacov’s sons. Embittered by the apparent preferential treatment he received from their father, Yosef’s brothers condemn him to death. Reuven was not at all in favor of their decision. When he heard what they were planning, he convinces them to throw him into a pit instead. His plan, though it fell through, was to return and rescue Yosef and deliver him to his father. While much has been written on the impulsivity of Reuven’s character, there is another aspect of this tale that is noteworthy.

Knowing that Reuven did not go back for his brother Yosef, the phrasing of the passuk appears strange: “Reuven heard, and he rescued him from them, and he said, Let us not murder him.”(Bereishit 37:21) Since Reuven did not, in fact, rescue is brother, why does the Torah say so? The same phrasing is used elsewhere (see Aharon and Boaz), where the individual’s public behavior does not appear to match the Torah’s description of the act.

The Midrash comments that had Reuven known that Hashem would say this about him, he surely would have “carried Yosef back to his father on his shoulders.” Had Reuven known that God Himself would praise him, he would have done the right thing. Instead, he hesitates. There is a caution to Reuven’s actions, a tentativeness in the account of the events. On the one hand, he stands firm against his brothers’ decision, but he does not appear too sure of himself. Rabbi Yissochar Frand suggests that he was not sure if opposing them was the right thing to do. It should be noted that the brothers’ decision to punish Yosef was based on their judgement of him as a rodef, a stalker, where punishment by death is justifiable. Maybe they were right?

The same Midrash later states that “in days gone by, a person would do a mitzvah and the prophet would record it”. Sometimes, in the face of potential ridicule or embarrassment, we hesitate. Rabbi Frand recalls that “the prophet Malachi foretells a time, just prior to the Messianic era, when people will ridicule those who do mitzvot”, but suggests that we “should not act tentatively when others accuse us of not being “modern” enough or “progressive” enough.” In the face of a challenge to his morals and ideals, Reuven hesitated and Yosef paid the price.

Over the past few weeks we have had an opportunity as parents and educators to hear from several professionals on the challenges of raising children today. From setting limits and overcoming anxiety to the importance of failure and understanding risk taking behavior in teens, the professionals all seem to agree on one thing: the importance of our becoming the voice in our children’s heads.

There is a Chassidic saying that “the mind and heart of man are never empty. If there is no life-nourishing “water,” there are “snakes and scorpions in it”. It is our duty as parents and educators to instill in our children, regardless of their age, a strong sense of right and wrong. We need to make sure that in the face of all the “noise” from the media they consume, that they are clear on our values of Torah u mitzvot and on our personal family values so that there is no hesitation when these values are challenged.

We want our children to stand strong and know who they are and what they stand for to give them the fortitude to do the right thing, to show character even when no one is looking. So that even when they are alone against a large group of peers or in the face of potential danger, we know that they will make the right choice.