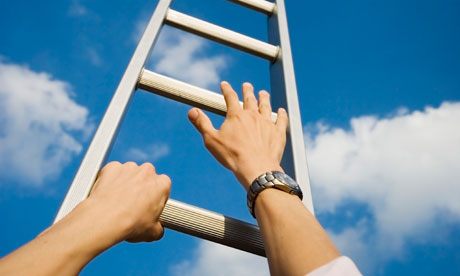 We are often inspired by the stories of famous people who failed at first before becoming successful. Albert Einstein didn’t speak until the age of four and only read after the age of seven. His teachers declared him to be severely challenged yet he became one of the greatest scientists of the twentieth century. Thomas Edison famously attempted the light bulb 10 000 times before getting it right. Dr. Seuss was rejected by 27 publishers before his books hit the shelf. The tales of their tenacity, their grit, their “stick-with-it-ness” are meant to propel us into action, to help us live the old adage that “if at first you don’t succeed, try, try again”.
Yet, instead of being inspired, some of us are paralyzed by fears of failing or even of succeeding. In his book Life’s Too Short, Rabbi A. Twerski points out that people who have a low self-esteem or who do not believe themselves worthy of success have such a dread of failure that they avoid even attempting anything new from fear that they may fail. Yet it is failure that prods us to improve. It is failure that allows us to grow. Can you imagine what would happen if a toddler fell once and decided “that’s it, I am done with this!”? How many times do they fall before they successfully take those first few steps? If you don’t even try, how can you succeed?
This week’s parasha, parashat Vayeitzei tells the famous story of Jacob’s ladder. Fleeing from his brother Esau, Jacob lays down his head and falls asleep only to dream the strangest of dreams: “And behold! A ladder was set earthward and its top reached heavenward; and behold! Angels of God were ascending and descending on it” (Bereishit 28:12).
Although commentaries abound, there is one that is quite famous whereby each of the angels represents a different nation. Thus the angels ascending and descending represent the rise and fall of the empires under which the nation of Israel was to be exiled: Babylonia, Persia, Greece and Edom (Vayikra Rabbah 29:2).
When Jacob wakes up, he vows that “if Hashem will be with me and guard me on the path I will go…. And will be a God to me, this rock that I have set as a monument will be a House of God and I will give a tenth of everything that He gives me…” (Bereishit 28:20-22). This vow to tithe all he has and receives is a reflection of Jacob’s truly beautiful dedication to the service of Hashem. But did Jacob seriously just express doubt that Hashem would keep his word? The great patriarch for whom a nation is named is questioning God’s promise?
In fact, the Midrash continues to recount how Hashem asked Jacob himself to go up the ladder. Jacob replies “I fear that if I ascend, I will have to descend also”. Despite Hashem’s assurances to the contrary, Jacob refuses. God then tells him: “Had you ascended, you would not have fallen. Inasmuch as you did not have trust in Me and did not ascend, your descendants will be in exile in these four empires” (Vayikra Rabbi 29)
Our sages teach that in truth, it is not Hashem that Jacob was doubting but rather himself. He was not confident that he could successfully fulfill Hashem’s expectations of him. Sadly, this self-doubt came with a hefty price tag.
The Talmud, in Megillah (16a) teaches that the Jewish people are compared to dust and to stars. “When they are in decline, they descend to the level of dust; but when they rise they ascend to the stars”. Rabbi Y. Frand explains that no one is static in life, we are constantly moving up and down the ladder that represents our entire spectrum. The ladder itself is a symbol of that movement. We are all progressing or regressing, we just need to be sure that we do not let our fears and lack of confidence prevent us from progressing and climbing that ladder.
Shabbat Shalom,
Dr. Laura Segall
Head of School