Hurricane Harvey: lessons from the disaster 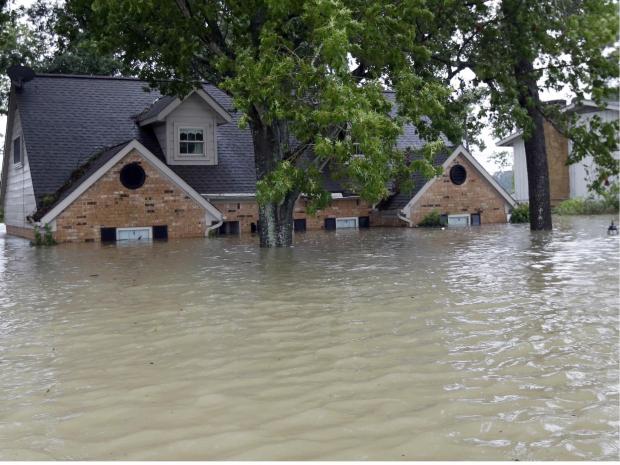 Last week Rabbi Shostak wrote to the members of the Hebrew Academy community about the various ways that we as individuals and as a community can help support the many thousands in Texas who are suffering as a result of Hurricane Harvey. I hope that you will follow up on one or more of his suggestions. I did not write to you last week because I did not think I had anything intelligent or inspirational to say as we all watched the disaster which befell so many. This Shabbat the rabbi of the Shul at which I pray in New Jersey, Rabbi Yosef Adler, spoke so beautifully about this catastrophe and what we as onlookers can learn from it that I feel impelled to share it with you in the hope that you will share it with your children.

Many of you know that Rav Soloveitchik zts’l taught that while it is fruitless to try to discern why disasters—personal or communal—happen, we, nevertheless, can and should learn from them. In fact, as we all know, when one asserts that he/she knows why God has unleashed disaster on a particular community it is not only insulting and hurtful to that community but also is more often than not a means of promoting one’s own position or ideology by asserting that God was punishing the community for not subscribing to his/her position or life style. (I’m pretty sure, despite what someone was quoted as saying last week, that Hurricane Harvey was not an expression of God’s anger at Texas for having voted for Trump last year).

Rabbi Shimshon Raphael Hirsch, the most important Orthodox rabbi in nineteenth-century Germany, pointed out that the Hebrew word, למה which we always translate as “Why?” only means “Why?” when the accent is on the first syllable, when it’s to be pronounced as Lama. But when—and I’m not enough of a grammarian to explain when this is true—the word is to be pronounced Lama, with the accent on the end of the word, it doesn’t mean “Why?,” it means “For what purpose?” Thus, the well-known Passuk in Tehillim קלי קלי למה עזבתניdoes not mean “God why have you abandoned me?” It means “God for what purpose have You abandoned me?,” that is, what should I learn and do as a result of Your action.

In the fall of 1961, Rabbi Norman Lamm, then a young rabbi in Springfield, Massachusetts, spoke to his congregants in the aftermath of a destructive storm which had hit New England. Rabbi Lamm did not try to tell his congregants why there had been a storm and the resulting misery. But Rabbi Lamm did suggest three important lessons that all of might learn from a natural disaster.

The first lesson is that we need to curb our arrogance. We human beings have reached the point that we often think we have conquered nature. We travel at speeds and communicate instantaneously in ways that would have been considered the work of science fiction not very long ago. We have conquered many diseases and significantly extended life expectancy. We live in a time of ongoing change and have come to believe that if we just wait a bit longer there is nothing that science and technology are incapable of fixing, creating or preventing. And then along comes a storm or an earthquake and we are reduced to the level of puny, helpless creatures whom all of our modern science and technology cannot protect. This is what Rav Kook zts’l had in mind when he explained that the purpose of Psukai D’Zimrah, the psalms of praise with which we begin Shacharit services each morning, is not to praise God—He does not need our praise—but rather, by recounting the greatness of God’s mastery of nature—רוח סערה עושה דברו –we are reminded of how dependent we are on God for every breath we take and why it, therefore, makes sense for us to begin each day praying and asking that our needs be met.

The second lesson, Rabbi Lamm argued, is for each of us to remind him/herself of the spark of Chessed which Hashem has implanted in each of us. I am sure that you were as touched and impressed as I was to see and hear about the countless people who, often risking their own lives, did whatever they could to help and save the lives of neighbors and strangers. The image of dozens and dozens of cars and trucks on the road pulling boat trailers to Houston to aid in the rescue effort was inspiring. We should be proud of the efforts of our students to raise funds for victims and to give moral support to students in Houston and of Jewish organizations such as NCSY and Yeshiva University who have sent volunteers to Houston to help in the long task of recovery.

Finally, the Gemara in Berachot (59a), tells us that when Hashem sadly contemplates the unhappy status of Am Yisrael in exile he sheds tears which fall into the Great Sea. The reverberations of those falling tears are experienced by humanity from one end of the world to the other as Zeva’ot, which the Gemara identifies as an earthquake. These terrible effects of the unleashing of nature are designed to remind humanity that even if we are focused on a particular disaster there is always human suffering of one kind of another—poverty, disease, homelessness, domestic violence—taking place somewhere in the world each and every day, even on those many days when the news is not all about a single particularly noteworthy and terrible event. The lesson, of course, is that it is not enough to rally to the cause when victims of a storm or earthquake need our assistance. The imperative to be aware of and to alleviate human misery is a daily responsibility, not one reserved for catastrophes that make the evening news.

We do not and cannot know what HaKadosh Baruch Hu had in mind last week as Harvey swept ashore but we can become better, more compassionate, even more God fearing people if we try to learn from this disaster.

May we all be granted a happy and healthy year during which Hashem will bless us and the world with peace, harmony, and only the beautiful wonders of nature.