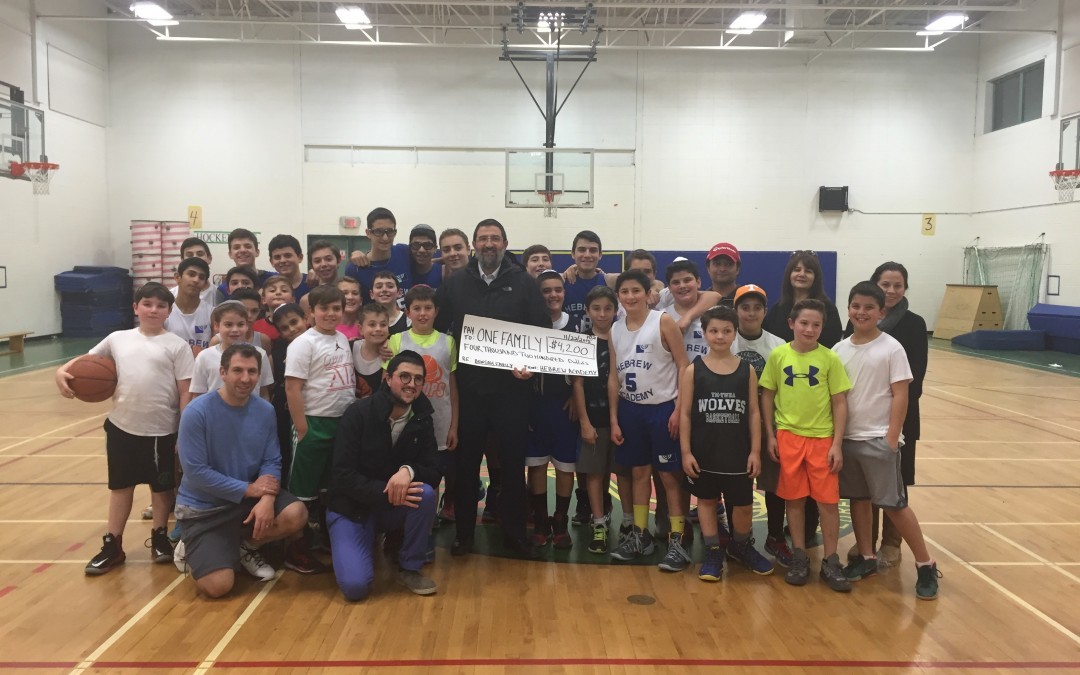 In a moving tribute honouring the memory of Jerusalem stabbing victim Aharon Benitah, members of Hebrew Academy Heat’s Midget basketball team and Grade 5 Boys presented Aharon’s father and brother with a generous cheque for his widow and children.

Aharon Benitah, 21, was stabbed to death along with 41-year-old Rabbi Nehemia Lavi in Jerusalem’s Old City, by a knife-wielding terrorist during the Jewish holiday of Sukkot in September.  Aharon’s wife Odel was also stabbed 17 times and their two-year-old son Nathan was shot in the leg. Aharon’s father Michael was in Montreal at the time visiting with Aharon’s brother Natan, who lives in Côte-Saint-Luc.

The Benitahs flew to Israel to attend Aharon’s funeral. On the eve of their departure to the airport, hundreds of Montrealers gathered together in a show of support outside of Natan’s home.

“After seeing my players arm in arm singing and praying together at the vigil, I realized they wanted to do more this year than just play basketball,” said Hebrew Academy Heat Midget Coach Eric Lasry, a Montreal lawyer who is a Hebrew Academy alumnus and parent. He approached his team and proposed that they volunteer their practice time each Sunday to create a basketball program for the Grade 5 Boys, with all proceeds going to the Odel Banet-Benitah Fund, established by Aharon’s uncle under the One Family UK umbrella.

On Sunday, Aharon’s father Michael and brother Natan visited Hebrew Academy where they met the Elementary and High School players, along with Lasry and fellow coach Natan Schecter. Upon accepting the cheque, Michael graciously thanked the players for their kindness and told them they were all righteous. “As long as you remain a team and work as a team, you will succeed,” he added.

“I am so proud of my players for donating their time and money and appreciative of the financial support of the families of the Grade 5 Boys and others,” said Lasry. “Even after we presented Mr. Benitah with a $4,200 cheque, the players added another $300 of their own money to bring our total to $4,500.”

“This fundraiser was truly an opportunity for our students to give back in a meaningful way,” said Hebrew Academy Elementary School Principal Shauna Joyce. “It was amazing to see our High School Midget Team, along with their coaches, giving their time to support a family during such a difficult period. Our Elementary students participated in the initiative as well. For them, I think the true benefit comes from seeing our High School students be positive role models.”

For Hebrew Academy Executive Director Linda Lehrer, Sunday’s tribute was especially moving. “To be able to personally present the Benitah family with our donation was so special. Beyond relaying our tremendous grief and sharing words of comfort and solidarity, our students were able to see the impact of their grand gesture first-hand from the beneficiaries of their kindness.” 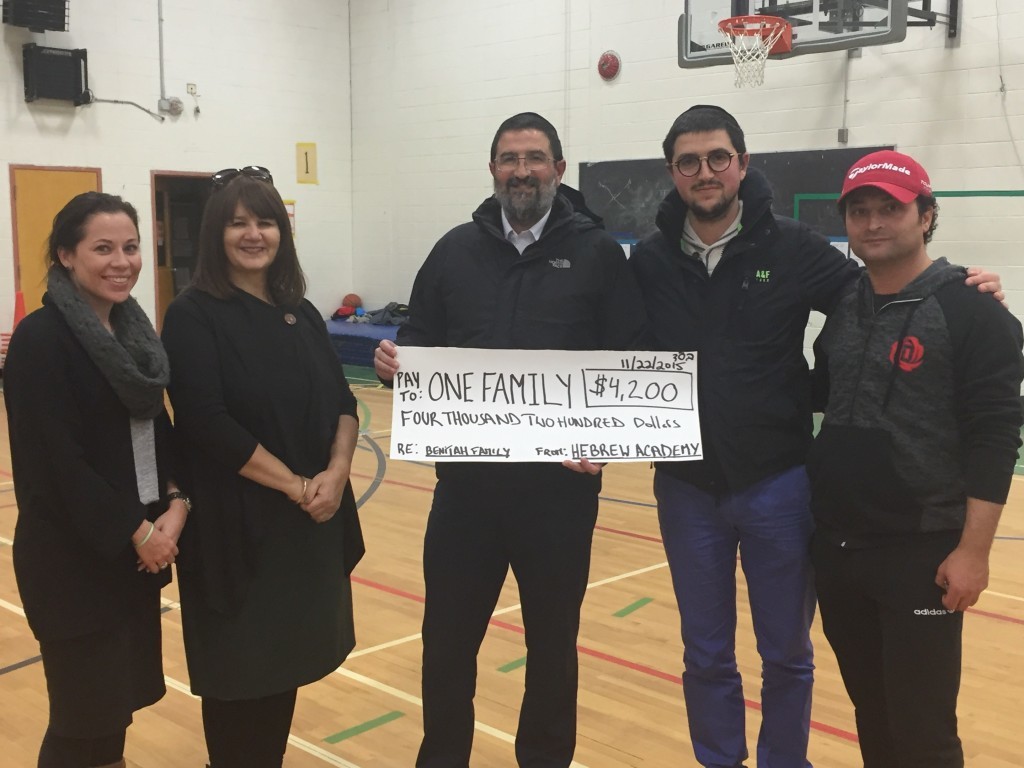