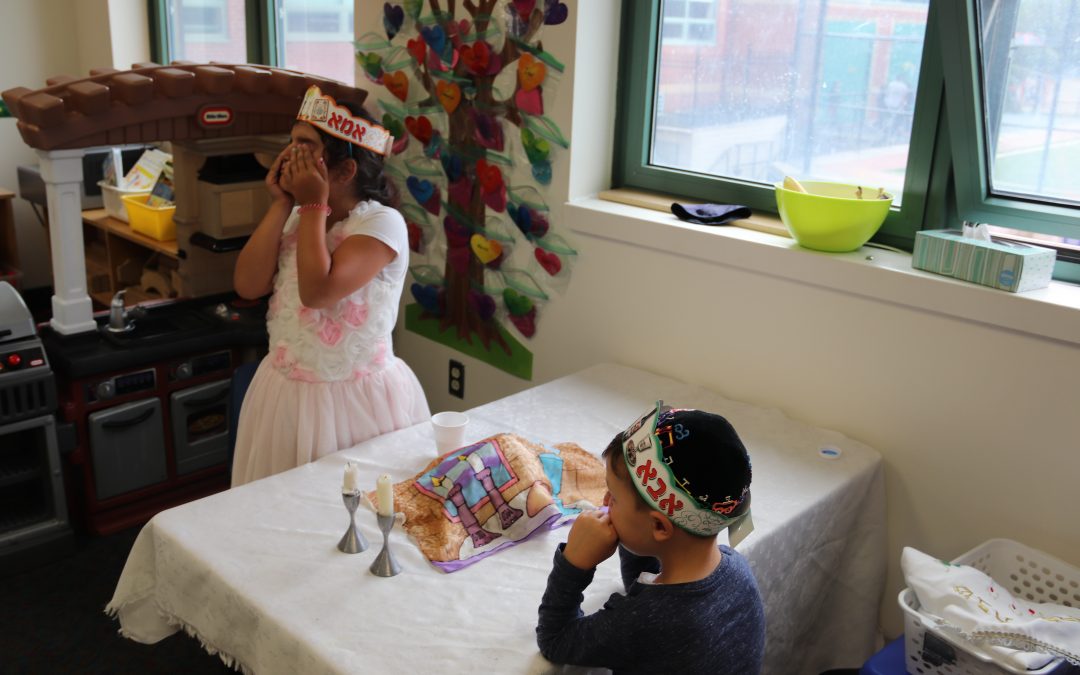 Each year, during the chaggim, I am constantly impressed at the amount of youth programming that is organized for the children. My own children often participated in these groups and I was thrilled to have them. There is something in the makeup of children’s DNA that gives them a spidey sense for the most inappropriate time to wail, scream or share family secrets in a not-so-sotto-voice before the whole congregation. It was much easier to bring them to group. They still went to shull, they got some learning, they left having had a positive experience and mommy could breathe a sigh of relief.

In this week’s parasha, we learn of the mitzvah of “Hakhel” whereby once every seven years, every member of the Jewish People was to gather in Jerusalem following the shmitta/sabbatical year for a communal reading of the Torah. “Gather together the people — the men, the women, and the small children…” (Devarim 31:12).

Seriously? The children too? A momentous event as such a gathering where the king, no less, would read the Torah to the people, an event that the nation has waited seven years for and we are asked to bring even our toddlers? Oy! The Midrash asks the same question-though not with the inflection of a haggard mom: why include the children? Chazal teach that “the men came to learn; the women to hear; and the infants came to provide reward for those who brought them.”(Chagiga 3a) What possible reward could there be?

Netivot offers a logical answer. If everyone was making their way to Jerusalem, who would be left to care for the children. Therefore, bring them along. To this, Rabbi E. Safran adds the quote from Pirke Avot: “Lefum tza’ara agra” (according to the suffering is the reward-or more simply put “no pain, no gain”). The parents will surely earn a reward for going through the ordeal! Clearly, it could not be that simple or trivial to have been mentioned in the Torah.

The answer, it seems, is actually indeed quite simple and beautiful. Even though the children may not follow the goings on of Hakhel or understand what is being read, their presence amidst the holiness will impact them in the long run. The Gemara is rife with such tales as that of Rav Yoshua ben Chananya whose mother would bring his cradle to the Beit Midrash so that her son could hear the sounds of Torah. Reb Yerucham and the Sefat Emet suggest that exposing the children to such a positive experience will yield a reward in time. Their inherent understanding of the influence of the environment on children’s religious lives was most definitely ahead of its time.

In March 2019, the Jewish Education Project published the results of their study of almost 18 000 teens in 14 different Jewish organization settings to learn who are the Jewish Youth of today. Their data showed that kids’ most positive experience in Jewish engagement are family centered experiences on holidays. Being Jewish, according to the kids, is something done with the family. Furthermore, the kids not only mirror their religious home practice, they also envision the same practice for themselves in the future.

A google search of the questions “Will my grandchildren be Jewish?” yields almost 6.5 million entries. Clearly, a question that is very much on people’s minds, especially living in the diaspora with the cultural influences that our children are constantly bombarded with.

I think Rabbi Yissochar Frand said it best: “Parents who make the effort to put their children into a good environment — even though at the time the efforts seem in vain — will eventually receive reward, in the form of the development of spiritually developed children. This is what our Sages mean when they say, “to grant reward to those who bring them”.

As the High Holidays are upon us, we should all make time to include our children in services and learning and join them in their play. Our children are watching and taking in our every move and every word. We owe it to them to give them a positive spiritual experience so that we can reap the reward, the nachat, of seeing them grow to lead successful, Jewish lives.