Appreciating what we have – Parashat Yitro 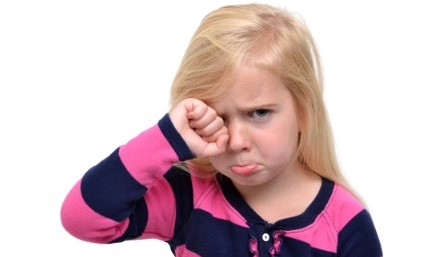 One summer, in my teen years, I was working as a camp counselor for a fairly large group of four-year-old girls. It did not take long to discover that all little girls like the pink, purple or red version of everything. It also did not take long to learn that no package of construction paper, crayons, markers, or pipe cleaners contained enough pink, purple or red ones to please the young ladies. The third lesson of the summer, acquired in the first week, was that this is worthy of much screaming and crying. And so, I introduced our motto for the summer: you get what you get and you don’t get upset! We would singsong this little phrase whenever we distributed the craft supplies. Whether it was the song or not, there were no more cries, we would joke about the silly colors they would pull from each package and move on to the activities. The kids were great and got a kick out of the system overall, but I would be lying if I said that the one who pulled the pink paper didn’t get a few longing, teary-eyed looks from time to time. Overall, though, we are not much different from those little girls. The packages look more like jobs, cars, homes, and vacations and the one we get (or don’t) doesn’t always look as nice, or as shiny or as expensive as our friends. The green-eyed monster often rears its ugly head and is sometimes hard to tame.

In parashat Yitro, Bnei Israel receives the Ten Commandments, the aseret hadibrot, which are a general outline of the principles of Torah law. Rabbi Lord Jonathan Sacks explains that while the ten commandments are traditionally depicted as two tablets, one with the laws between man and G-d, and one with the laws between men, they would be better divided into three groups of three. The first three relating to Hashem, the second set relating to creation (Shabbat, creation of the universe, honouring our parents who brought us into the world, and do not murder, to respect all as we are created in G-d’s image). Lastly, the third set of three outline the basic rules of society. Thus one should not commit adultery, one should not steal and one should not bear false witness.

The Ibn Ezra explains that one who covets what his neighbour has is actually showing a lack of faith in Hashem. If one understands that what they have comes from Hashem who has given them all they need, coveting would imply that they do not appreciate their gift and therefore show a lack of faith.

The Rambam in Hilkhot Gezeila Va-aveida suggests that “you shall not covet” is a commandment meant to keep us safe from theft, adultery and even murder. More often than not, these crimes begin with a person’s desire for something that does not belong to them. This commandment, therefore, becomes a safeguard for society.

The Sefer Ha-chinukh brings yet another element to the discussion. Man has the freedom of choice, not just in terms of actions but in terms of his thoughts, his intentions and emotions. This commandment underscores that we have the power and the obligation to control our inner world and overcome our inclinations because we are free.

We don’t always get to choose the pink or the red. We cannot all drive the hottest cars, live in the largest homes or wear the latest designer. We may look to the “haves” and feel like “have nots”, but that is not where the true riches lie. As we learn in Pirke Avot “Who is rich? One who rejoices in what he has.” The antidote to envy is gratitude, writes Rabbi Sacks. Finding that inner peace, that place where we take stock of our health, where we look at our families, at our children and we feel blessed, where we appreciate the roof over our heads and the food in our bellies, that is the true antidote to envy. While a three- year-old may understand “you get what you get and you don’t get upset”, Hashem is commanding us to go beyond not being upset. Hashem is asking us to rejoice in what He gave us, to look inward and steel ourselves against inclinations to the contrary. Hashem is commanding us to take charge of ourselves in order to truly be free.
Shabbat Shalom,