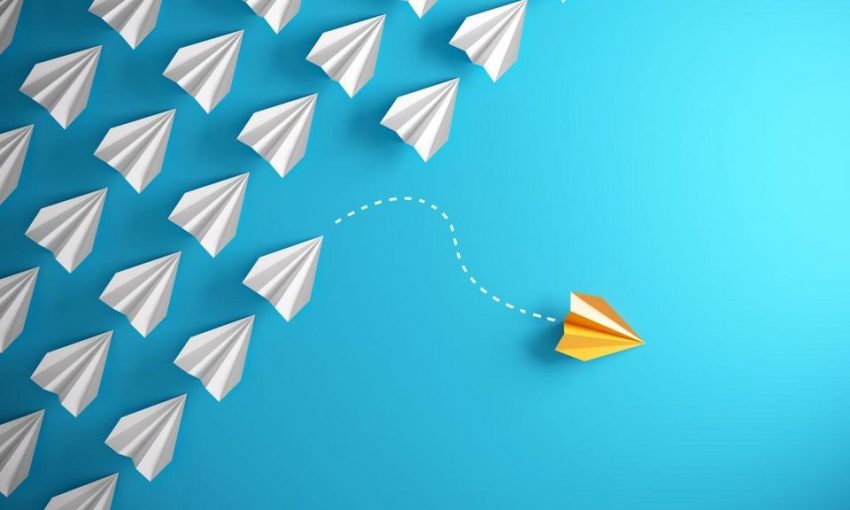 Years ago, at a professional day session here at school, we were introduced to a new acronym: TTWADI. As the speaker allowed us to all venture guesses as to what it stood for (and may I say, we were a creative bunch!), he explained that this is a real plague for most institutions. The acronym, of course, stands for That’s The Way We Always Did It.

There is comfort in the traditional, in the familiar. We get used to the route we take to work, the routines we have in place, the manner in which we speak, even the way in which we view ourselves, our self-image or our identities. At times, these habits and patterns can even be destructive, yet we are often reluctant, incapable or even resistant to change. Change is hard. It requires taking a hard look at ourselves and our lives. Reflecting on how we always do things and how we never were is humbling. While humility may come easily in times of distress, it rarely lasts beyond the crisis and we quickly revert back to the same old, same old.

In parashat Va’eira, Moshe approaches Pharaoh repeatedly to ask him to let his people go. Hashem “hardens” Pharaoh’s heart and brings on, one by one, the first seven plagues. Hashem’s mastery over nature, the miracles performed, were evident to all. Furthermore, the fact that only the Egyptians suffered while the Jews remained unharmed only added to the magnitude of the miracles. Nonetheless, Pharaoh remained seemingly unmoved. Surely, he could easily recognize that these were beyond simple magical feats. How could he merely stand by and not take note of his own people’s suffering?

Rav Leib Chasman suggests that although Pharaoh may have known he was wrong, he could not admit it. He was, after all, supreme ruler over all of Egypt. Recognizing Hashem’s miracles would mean admitting that there was something greater than the almighty king. He needed to protect his self-image at all costs. As mentioned in Maaerchi Leiv, a person’s honor can become all consuming. This lust for glory can become blinding and affect a person’s ability to think or see clearly. The Ramban explains that he thus “strengthened his heart” against these obvious miracles to overcome his fears. Rabbi Yerucham suggests that Pharaoh simply closed his eyes to what was happening and to its implications. Had he given the occurrences any serious consideration, he would have noted the awesomeness of the plagues. Yet, he still scoffed. He never took the time or the bother to contemplate what was happening, he merely dismissed it.

Eventually, though, some Egyptians do take note of the goings on: “The one among Pharaoh’s servants that feared the word of Hashem whisked his servants and livestock indoors, but the one that paid no heed to Hashem’s word left his slaves and livestock in the field” (Shemot 9:20-21). The Midrash explains that the latter was Bilam. Rabbi Frand, commenting on Bilam, notes that while he was quite intelligent, he was also “quite obtuse”, never really taking note of what stood right before him. It was this very aspect of his character that preceded the miracle of Bilam’s donkey speaking to him. The Chafetz Chaim points out that Bilam’s story is recounted almost as an uninterrupted narrative, because he never stopped to think about what he was doing. He ignored the hail storm ravaging the land, he ignored the sword-wielding angel before his donkey and just prodded along with his own thoughts and concerns.
The question is how different are we really from Pharaoh and Bilam? We see things in our lives that we know we must change, but quickly put them out of our minds. We are all guilty, at one time or another, or denying what is in front of us to preserve our self-image or continue on with our beliefs and ideas. To truly see the world around us, we must not only look at it with our eyes, but with our hearts. We must be open to possibilities and accepting of change.

Mesillat Yesharim describes the nature of the bondage in which the Jews found themselves in Egypt. Pharaoh’s approach was to increase the pressure on the slaves to bring them to the point that they could no longer think. This leaves little time to contemplate the nature of the lives that they were leading. When Pharaoh intensified their labor, it was not to deprive them of time to raise a revolt, but to break their spirits by not giving them the time to think. People who have no time to eat or sleep, who are overwhelmed by the tasks of the day could not even contemplate Moshe’s words.

Rabbi Frand points out that we are no different today. We are so caught up in our daily grind, in rushing from home to work, to school, to soccer practice, to swim lessons….in our perpetual bombardment of email, Facebook, Instagram, social media….. Rarely do we pause to look up and see what is right in front of us. We do not take the time to contemplate if TTWWADI is even the right way. Slavery can also be defined as “excessive dependence on or devotion to something”.

The Torah commands us to remember yetziat mitzrayim, the story of the Exodus, every morning and every night. We would all do well to heed this commandment and remember that Hashem freed us from bondage; let us not impose it upon ourselves.
Shabbat Shalom,