Women on a Mission: Hebrew Academy mothers and alumnae lace up for Team Lifeline Half Marathon 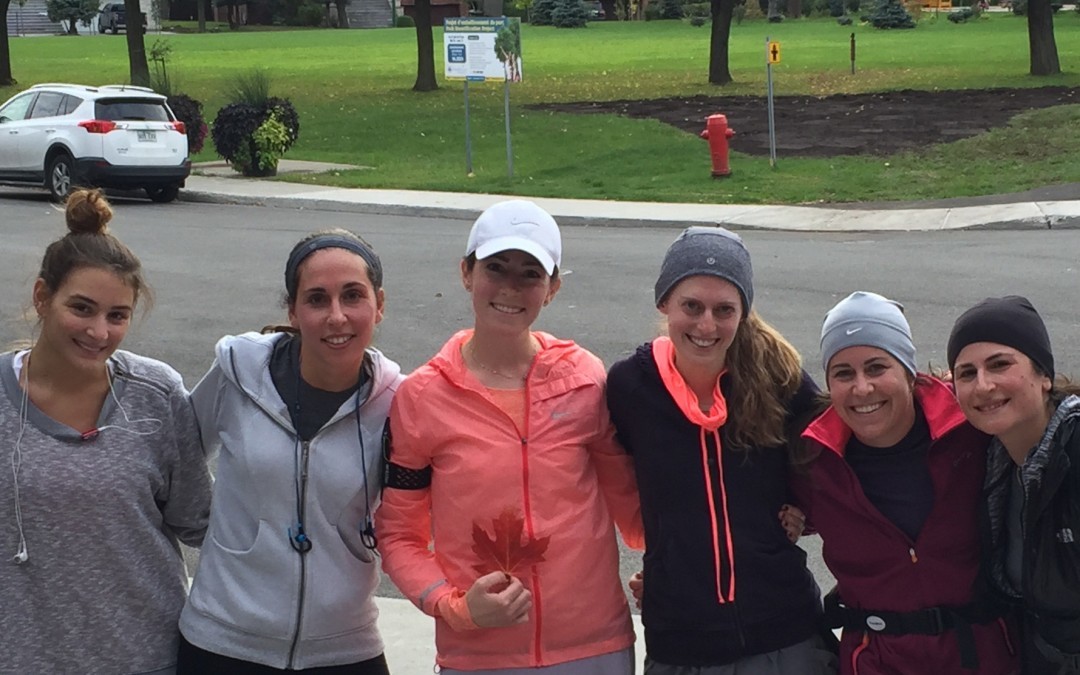 Like many young moms, Côte-St. Luc resident Beth Moskovic has a jam-packed schedule. The 37-year old mother of five, ranging in age from 8 to 18 months, juggles family and a full-time career as the Director of Academic Support Services at Hebrew Academy, while finding time to volunteer for both school and community initiatives. As if she weren’t busy enough, Moskovic is also preparing to participate in a half marathon this January. And she’s doing it together with five fellow Hebrew Academy moms and alumnae – all in support of Chai Lifeline, an international organization that provides year-round emotional, social and financial support to more than 4,300 children and their families touched by serious illnesses.

“As a mother and an educator of children, I can only imagine the challenges faced by families of children with serious illnesses,” said Moskovic.  “It pains me to think of what they experience daily and it is so crucial that they receive the support of Chai Lifeline.”

Although she is not a runner, Moskovic has fond memories of watching her father compete in a number of marathons. She also personally relates to the organization, having had a brother who passed away from a serious illness many years ago.

“My brother did not have the honour to receive support from Chai Lifeline, as it did not exist back then. As a proud Hebrew Academy parent and staff member, I am also running in honour of the children and families of our school who, in recent years, have had to cope with a serious illness.  Chai Lifeline has acted as a support to some of the Hebrew Academy families too.”

Moskovic’s friends, Hebrew Academy parents Chaya Lieberman, Adrianne Drazin, Lori Seidman and alumnae Tammy Israel and Amanda Abitbol, were also similarly inspired by the work of Chai Lifeline, and decided to participate in the half marathon as well. Moskovic suggested they take part as a group and the women responded with resounding enthusiasm.  And so, Team Hebrew Academy was born.

“What I remember most about my years at Hebrew Academy, is its exemplary mission to constantly give back,” said Tammy Israel, who graduated in 2002.  “I am so honoured to be part of this incredible cause following in the path of such an amazing school.”

In anticipation of the marathon, the women run throughout the week both as a team and individually, rain or shine. They’ll continue running and motivating one another even once it snows.

For Hebrew Academy’s Executive Director Linda Lehrer, the women’s decision to pay it forward under the banner of a Hebrew Academy team is a source of tremendous pride. “The fact that our parents and graduates have such a strong association with our school as a paragon of Chessed means so much,” she said. “I am so proud of these women, for serving as shining examples to their children, friends and fellow community members. They truly embody Hebrew Academy’s motto ‘We Live What We Learn’.”

At press time, the group was more than halfway along toward achieving their collective fundraising goal. There are still individual team members, including Moskovic, who have not yet reached their personal goals of raising $5000 by January. To support Hebrew Academy team members, please visit their page on the Chai Lifeline website.

– by Aviva Engel, Director of Communications