Parashat Naso – We were never meant to be the same 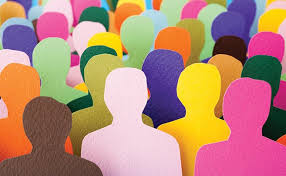 Classical music has always fascinated me. During my ten or so years of piano lessons, it never ceased to amaze me how composers could take eighty eight keys and bring forth music. Not so simple. I know, I have tried. Each key, each note makes a nice enough sound on its own, yet somehow, when brought together just so, that’s when the magic happens. Music can elicit emotion and feelings, it has the ability to heal and to elevate, to bring joy and sadness. But for all that seemingly freeform magic, there are rules (and rules, and rules). They call these rules music theory. Turns out that the reason my attempts at creating my own music never went anywhere is because I did not understand how music worked, nor how all the individual parts must work together to create harmony. Over the years, I decided to leave the composing to the experts, preferring to take in a concert every now and then. My favorite moment remains the wave of the conductor’s baton transforms the dissonant sounds of the warm up, of each instrument running scales, testing sound, stings, keys, into musical magic.

Parashat Naso is the longest portion in the Torah, coming in at 176 verses. Although on the one hand, there are many, seemingly unrelated events recounted such as the laws of the nazir, the sotah, the responsibilities of the priests, the priestly blessing and so on, there is also a lot of repetition, as well as an interesting omission.

The Torah describes the twelve sets of gifts brought to the inauguration of the mishkan by each of the twelve tribes, taking the time to list what each tribe gave. Each gift is unique and emblematic of the role of the tribe, each also functioning within the same framework, the same divine instructions, the same Torah. It could easily have been written that each tribe brought a gift. However, the Torah takes the time to go thought each of the gifts, one by one, repeating the description but highlighting the special gifts each one brought; conformity and individuality are not mutually exclusive.

In the description of the camp of Yehuda, we are told of Yissachar and Zevulun. Interestingly, in the description, the Torah omits the “and”, the “vav” and instead of saying Yissachar v’Zevulun simply states “Yissachar Zevulun”. The Baal HaTurim explains that the reason the Torah does not separate the two is that Zevulun was responsible for all the material needs of the tribe of Yissachar. According to the Midrash Zevulun “placed sustenance in the mouth of Yissachar”.

The members of the tribe of Yissachar were so learned and advanced that they are described as the Yodei Eitim, the masters of time. Their advanced knowledge of mathematics, calendars, and Torah made them much sought-out advisors (Massechet Megillah). Since their material needs were seen to by the tribe of Zevulun, they could dedicate themselves to Torah study without distraction. Yet there was never any resentment – Zevulun did so with love, appreciating their brethren for their gift; so much so that they went through all manner of lengths to ensure their sustenance. For this, the prince of Zevulun merited to be third in line to bring his tribe’s offerings (Midrash Rabba, Parashat Naso 13:17). “When one values and loves his fellow as himself, he sees his fellow’s need as his own. This, there is no separation from one Jew and his fellow just as Yissachar and Zevulun were not separated” (Rabbi Y. Kalatsky, 2003).

Isaac Abarbanel wrote: “That is why Hashem is called peace, because it is He who binds the world together and orders all things according to their particular character and posture. For when things are in their proper order, peace will reign” (Abarbanel on Avot 2:12).

We are blessed with a framework of Torah and mitzvot, but we were never meant to all be the same. Conformity was never meant to stifle individuality. It is our very individuality that Hashem cherishes and our unique contributions that make Klal Israel whole. Only when we learn to celebrate our differences and to appreciate the individual and varied gifts in everyone can we attain peace. And that is when the first beautiful strings of music begin to play.