The intersection of Torah and science 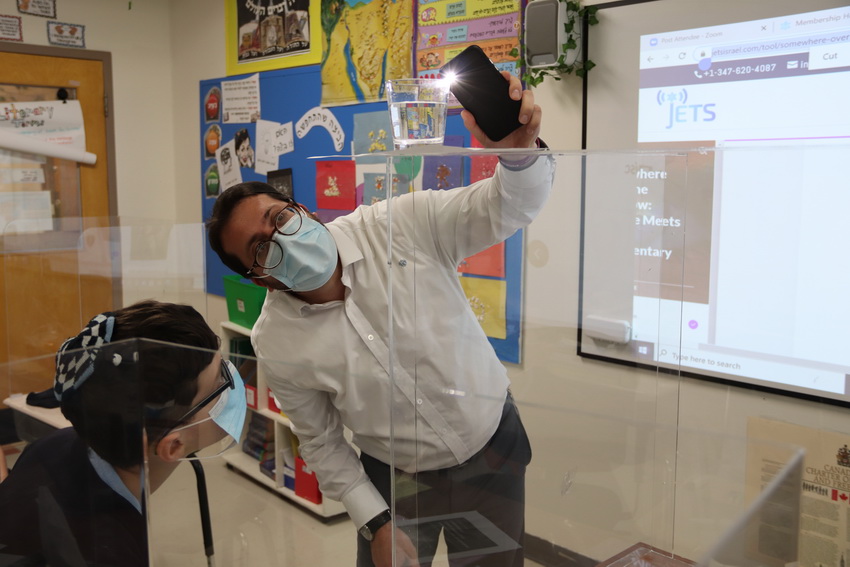 Grade 6 conducted two fascinating experiments with School Rabbi Rabbi Eddie Shostak this week! Rabbi Shostak teaches the boys Mishna, but in honour of Parashat Noach the class switched gears to learn about the source of rainbows in the Torah and their scientific connection.

“The Zohar says that before the coming of Mashiach, an especially bright and colourful rainbow will appear,” said Rabbi Shostak. “We learned that a rainbow is caused by the reflection, refraction and dispersion of light in water droplets that result in a spectrum of light appearing in the sky. Metaphorically, we can understand that we, as humans, appear in the world as a spectrum of unique colours, but our source remains one and the same — the only One. Perhaps this is the bright rainbow that the Zohar is referring to; namely, that humanity recognizes the lesson of the rainbow itself, signifying that that the ultimate redemption is around the corner”.