The Importance of Chessed 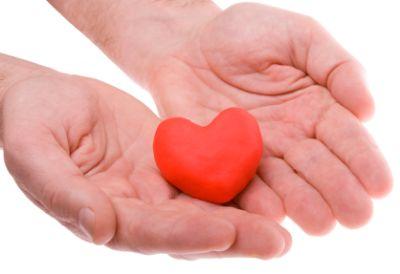 Our sages teach us that the Torah begins and ends with Chessed (kindness). In Sefer Breishit, we are told that Hashem was kind to Adam and Chava; He made clothing for them even though they were ousted from Gan Eden. Likewise at the end of V’zot Habracha, even though Moshe Rabbenu was reprimanded for not sanctifying Hashem (in the incident of Mey Meriva), Hashem himself took care of Moshe’s burial.

In the Tractate Sota, there is a discussion around who actually buried Moshe. The Pasuk that speaks about his burial is unclear; for it only says “Vayikvor Oto” (“He buried him.”) Chachamim say that the word Oto refers to Hashem. However Rabbi Yishmael says, “Hu Kavar et Azmo”; Moshe buried himself.

Yet how could it be that the greatest of all Neviim could go through the same agony as the generation of the Midbar, upon which it was decreed that they would dig their own graves on the ninth of Av every single year of their 40-year-long journey once each person reaches the age of 60? Burying yourself is considered to be a punishment; how could Moshe Rabbenu have been punished in that way?

Moreover, when it was time for Aharon to pass away, his death came about in a very respectful manner; he was told to enter a cave, accompanied by his son. Inside, there was a bed, and a Menorah, and Aharon witnessed his son being dressed with the garments of the Kohen Gadol. Aharon also died a gradual death – “Mitat Neshika” – where his various faculties stopped functioning as he joined his limbs together. Finally when he closed his eyes, he passed away. The Midrash says that Moshe envied this death and that Hashem told Moshe that he would die in the same respectful manner as Aharon. So doesn’t this contradict the opinion of Rabbi Yishmael?

To address these questions, let us explore the following story from Yalkut Me’am Loez:

Rabbi Shimon asked Hashem who his partner will be in Olam Haba. Hashem pointed Rabbi Shimon in the direction of a butcher. Although he seemed liked a simple person on the surface, the butcher was actually a tremendous Baal Chessed; while walking to the port one day, a man offered him to purchase a gift that was sight unseen for a tremendous fee. The man kept raising his rates, and the butcher understood that it was a Siman from Shamayim that the gift was very special, so he obliged the man and gave him the thousands of dinars that he was requesting. In exchange, the man presented him with a group of Jewish slaves. One of the Jewish slaves ended up being matched with the butcher’s son. At their wedding, another former male slave began to cry, and explained to the butcher that his son had taken the bride that had been meant for him. The butcher called off the wedding, and held a celebration for the new couple.

From this story we learn that a person’s deeds can place him or her at the highest Madrega; a person can achieve the highest plateau based on his or her actions. Just as the simple butcher deserved to be in the afterlife with Rabbi Shimon, the greatest of Tanaim, likewise, Rabbi Yishmael says, when the Torah tells us “Vayikvor Oto” (that Hashem buried Moshe), the meaning of “Hu kavar et atzmo” (he buried himself), is that Moshe deserved the highest type of burial one could ever imagine. After all, it is said about Moshe: “Lo Kam Navi K’Moshe B’yisrael Asher Yedao Elokim Panim El Panim”. “There was no Prophet ever as Moshe who was able to communicate with Hashem face to face as one human faces another.”

In conclusion, “Hu Kavar et Atzmo” does not mean that Moshe buried himself, as this would contradict what other Midrashim seem to say.  Rather, Moshe deserved with his own merits to receive such a burial from Hashem. Hashem buried Moshe through the attributes of Din, meaning he deserved to be buried by Hashem himself; it was not an act of mercy. It was coming to him because he deserved it.

Side note: the Torah ends with the letter lamed and begins with the letter bet.  Together, the two letters spell Lev (heart). Our Rabbis taught us: “Rachmana Liba Ba-ey”, Hashem does not only focus on one’s deeds but on one’s inner intentions (one’s heart) as well.