The HEAT is on at JISA! 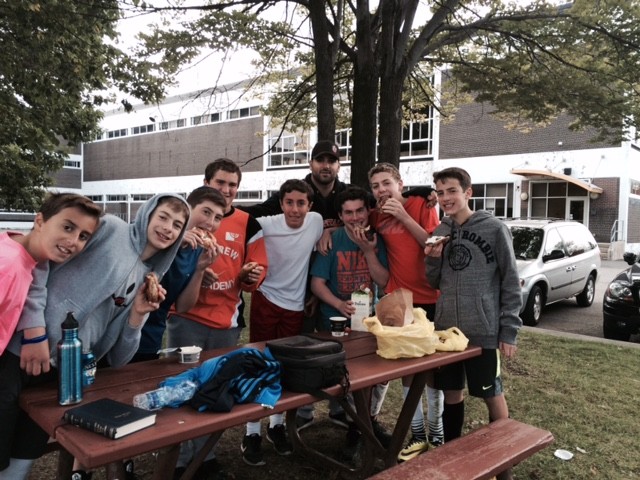 Yasher Koach to our HA HEAT soccer players who are participating in the Jewish Interscholastic Sports Association (JISA) Soccer Tournament that runs until October 1. Our Juvenile, Midget and Bantam teams will all be playing in the Semi-Finals tonight at Kent Park (corner Kent and Cote des Neiges), beginning at 5:00 pm. Come cheer on our students!

Our Bantam Boys (Grades 7 and 8) were absolutely terrific! They beat Herzliah  7-5 in their first game, then beat Maïmonide 6-3 before tying Bialik 2-2. They finish atop the standings in the Bantam division and will face Maïmonide in the Semi-Finals tonight at 5:00 pm at Kent Park!

Our Midget Boys (Grades 9 and 10) got off to an amazing start, beating Bialik 5-0, but then fatigue came into play and they lost their next two games. They will be playing in the Semi-Finals tonight at 7:00 pm at Kent Park against Herzliah.

Our Juvenile Boys( Grade 11) beat Maïmonide  4-2 but then lost to Herzliah. The good news is that they made the Finals and will play for the Championship on Thursday October 1 at  7:00 pm at Kent Park.

Juvenile Girls lost all their games but played extremely well! They came back from a 5-1 deficit at half-time, only to lose the game 6-5. They will be playing in the Semi-Finals tonight at 6:00 pm against Herzliah at Kent Park.