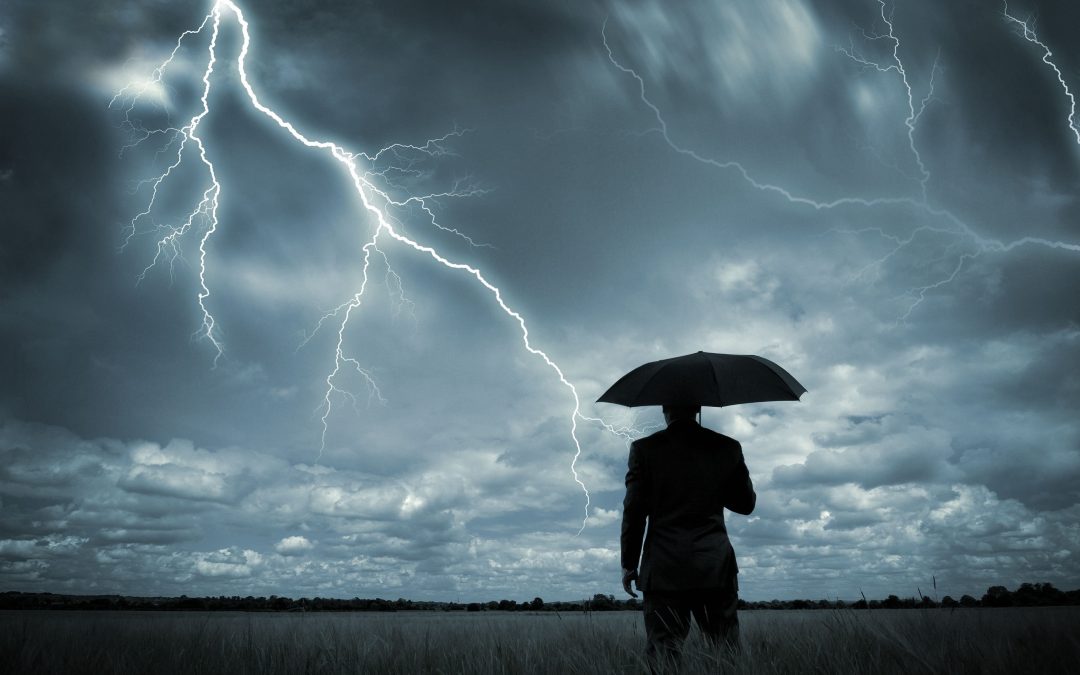 Years ago, on Shavuot, our family was hosting some friends for the lunchtime meal. While awaiting the requisite cheesecake, the kids perched themselves on the sofa to watch the spectacular display: the rain was coming down in sheets, water was coursing down the street and periodically, a brilliant flash of light would illuminate the sky. In between the sound and light show, we were all treated to a chorus of “it’s raining, it’s pouring, the old man is snoring….”, followed, of course, by “rain, rain, go away, ….”. My husband told the kids that they should not sing that song. G-d made the rain, why are you chasing it away? Though some moaning and groaning ensued, all was forgotten once desert was served. His opposition to the song, however, stayed with me.

There is a strong connection between the holiday of Shavuot and water from the notion that rain on Shavuot means forty days of rain – which incidentally, from my limited research, appears to be superstition, at best, with no clear source, to the Israeli celebrations with water guns, water parks and nature hikes. However, the source for this connection is not so clear. One possibility attributed to the Jews of North Africa, is the notion that Torah is often compared to water. What is clear, having been amply documented and sourced, is that Shavuot is the anniversary of the day that the Jewish people hear the Ten Commandments at Mount Sinai over 3300 years ago. Incredibly, Hashem himself spoke directly to the people, introducing Himself to the nation (Shemot 20:2).

Judaism is the only faith in the history of mankind to lay claim to a National Revelation. The unprecedented event was a show of awesomeness that defied the human senses. In fact, the wording used to describe revelation has been the subject of much Talmudic debate. “All the people saw the thunder and the torches, the voice of the horn and the mountain smoking; and when the people saw it, they fell back and stood at a distance” (Shemot 20:15).

Ibn Ezra suggests that the nation saw the sounds due to a sensory overload. All the sensations of the sight of the torches, the sound of the shofar, the smell of the smoke, were all joined together and processed at one point in each person, causing them to tremble with fear. At Sinai, the people were trying to take in this momentous experience through the five senses, creating an experience that confounds the senses. Scientifically, the experience that the Ibn Ezra described is almost that of a mass synesthesia, a neurological phenomenon whereby stimulation of one sense stimulates the other (ex. hearing colors, tasting shapes, etc…).

Rashi explains that “saw the thunder” means that they saw the audible, which cannot be seen under any other circumstances. His explanation was based on the Mechilta, which describes a dispute between Rabbi Akiva and Rabbi Ishmael. Rabbi Akiva says, as Rashi reports, “they saw the audible and they heard the visible”. Rabbi Ishmael, on the other hand, claims that “they saw the visible and they heard the audible”. For Rabbi Akiva, the experience at Sinai elevated the people, for that moment in time, to a higher spiritual realm, moving them beyond their physical limitations. Rabbi Ishmael believes that at the moment of Revelation, Hashem came down to man, bringing His holiness to the physical realm.

The Torah is our guidebook to life, our path to not only attaining higher levels of spirituality, but a guide to living our lives, every day, in the realm of man. From interpersonal relationships to self-mastery, Hashem has given us the framework to be the best people that we can be, to reach the potential within ourselves. At the same time, we must strive to rise to a more spiritual level of heightened awareness.

We read in Devarim “My teaching shall drop like rain” (32:2). Our Sages teach of the connection between the abundance of rain coming down from above and the spiritual abundance of Hashem flowing down to us. In Masechet Ta’anit (8b) we read “The day when rain falls is as great as the day on which heaven and earth were created.” The chances of us ever experiencing the sights and sounds of our forefathers at Sinai are very slim but that should in no way diminish our ability to seeing the holiness in all that is around us.

There is a midrash which quotes Rabbi Hoshaiah: “The power involved in making rain is as formidable as that of all the works of creation” (Bereshit Rabbah 13:4). What more powerful symbol of Hashem’s presence in our world could one then ask for?

Rabbi Dovid Rosman, in an article for Aish.com, shares his daughter’s version of the rhyme for rain: “It’s pouring, it’s raining, but we are not complaining. Rain is a blessing from Hashem, and we love geshem”. As many of us will be up all night learning Torah, reconnecting with our texts and our heritage, may we come out of the holiday with a sense of renewal and choose to see the spiritual abundance that Hashem rains down on us each and every day.