The Danger of Complacency – Parashat Noach 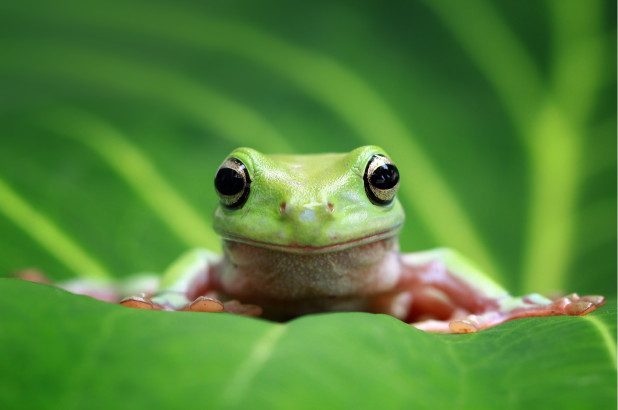 The lowly frog is a cold-blooded creature. As such, it is unable to control its own body temperature and will adjust to that of the surrounding environment. As one would expect, cold-blooded or not, if a frog were placed in boiling water it will instinctively jump out to save itself. However, it has been reported that if a frog is placed in tepid water and the temperature is raised to a boil very slowly, degree by degree, the frog will actually boil to death. Whether the “Frog Experiment”, as it is commonly referred to, is real or fabled, the message is powerful!

In this week’s parasha, Parashat Noach, we read how Hashem destroyed humanity due to their corruption. There are many differing opinions as to the nature of this corruption ranging from immorality (Bereshit Rabbah 26:5) and thievery (Sanhedrin 6:4) to man’s failure to fulfill Hashem’s spiritual mission (Rambam). While their thoughts on the nature of the corruption may differ, all appear to reach a common conclusion that the generation before the flood was irredeemable. Their moral compass was damaged and there was no path remaining other than a downward spiral, despite Noach’s attempts to get them to change their ways. Not that he didn’t try! Noach, “a righteous and perfect man in his generations”, had, according to the Gemara, 120 years to build his ark, more than enough time to appeal to the people of his time to change their ways (Sanhedrin 108b). Nonetheless, they refused to change their ways.

The Alter of Kelm once commented that when the passuk states “God saw the earth and behold, it was corrupted” (Bereshit 6:12) that the passuk is telling us that only He could see the corruption. Rabbi Abraham J. Twerski points out that a person will not repent if he believes his actions are permissible. It is said that at the generation of the flood had legitimized their corrupt behaviors, rationalizing and legalizing them. When people become desensitized to the corruption around them it is a very small step to participate and embrace it. Furthermore, once society as a whole becomes complacent it is even easier to rationalize one’s own behaviors.

Noach himself was not immune to this slippery slope. As his first act following the flood, he chooses to plant a vineyard and for that becomes known as simply a “man of the earth”. This fall from grace, though shocking, is not surprising. Our sages teach that it is not the mere act of planting the vineyards that caused his downfall, rather his inability to learn from history and recognize how it all began with small, self-indulgences. Ask anyone with an addiction and they will likely tell you about that first smoke, the win that hooked them on gambling, or the first episode that set them on their path. In hindsight, most will likely say “had I known then what they know now.” Noach should have known.

We live in interesting times. While technology has brought us amazing tools and abilities, in the dark recesses of the internet, a reflection of today’s society, it is difficult not to see the similarities to a generation of corruption, to the depravities of empires that have not survived the test of history. When morality becomes a thing of the past, society is in danger. We are slowly boiling ourselves and we may not even be aware of it.

After the flood Hashem gave us the rainbow as a sign that He would never again destroy the world. In an ideal world, there would be no need for the rainbow. As Rabbi Twersky said, “The rainbow is indeed reassuring, but we should understand its message.” We all have the potential to reach a more spiritual plane of existence if we could just learn and strive to channel our energies towards higher pursuits. We are being given a chance and we should take it.