Rosh Hashana – Moving the needle a bit each day 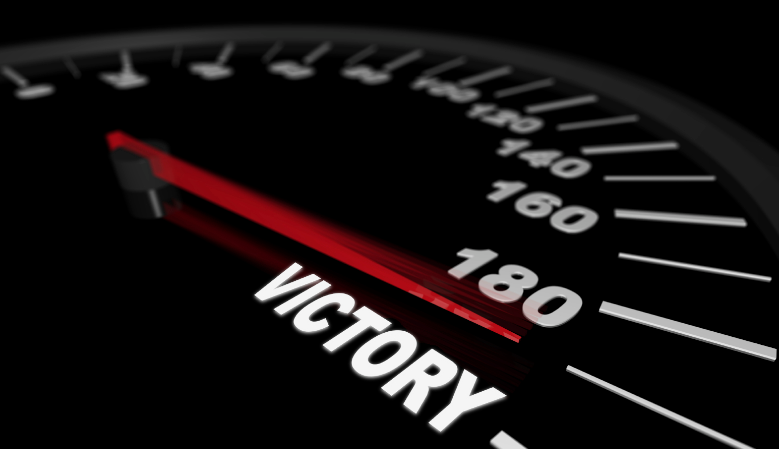 Every family has stories that get magnified over time and eventually become family lore. In my family, the story of my grandparents’ engagement and marriage is that type of story. Both families lived in Transylvania, and in the midst of the craziness overtaking Europe in the early 40s, 21-year-old Miki offered for 18-year-old Reisel’s hand in marriage. Sadly, Reisel was taken in ’41 to the camps. If would be almost five years before the couple would be reunited. The lore part of the story is that my grandfather refused to believe that she was gone. Others tried to convince him to move on, to forget about her, but to him, he had made a promise – one does not break a promise, one keeps his word. He eventually found his young fiancé and nursed her back to health after her internship in Auschwitz so that they could marry. It’s a beautiful love story, really. But what marked me most, growing up, was that he was “a man of his word”. In fact, he was so worried about not keeping his word that when he stopped smoking, he never said that he quit. He would just tell you the last time he had a cigarette – he could do that until the day he died.

The importance of keeping your word is something that people don’t take as much pride in these days. As a society, we are generally very free with our speech. But what does it really mean to keep your word, is it really that big a deal? Granted, some promises or vows are more substantial than others, but does it really matter? What about New Year’s resolutions? How many of us have already flirted with thoughts along the lines of: I will quit smoking, I will lose those 10 extra pounds, I will curb my spending, I will learn more, I will be kinder….. And how many of us follow such thoughts (if we haven’t voiced them out loud) with the words……..”bli neder!”

We are a funny people. We know what we should be doing….as we wrap up the reading of the Torah, our guidebook to proper living, 613 mitzvot, examples, role models, cautionary tales…..and yet, we look for loopholes at every turn to be sure that we don’t quite commit ourselves to doing what we know is right.

The New Year, be it secular or Judaic, is an auspicious time to make resolutions, to make a fresh start and try, once more, to improve ourselves. Studies have shown that each year, on January 2nd, sales of health club memberships and diet programs soar, sales of alcohol and chocolate drop, and people generally sit down to review their spending habits. Studies also show that by February 2nd, only about 12%of those confident they would keep their goals are still on track.

Interestingly enough, making New Year’s resolutions has its origin in Judaism. In fact, there are many secular resolutions for which we can find Jewish sources. Losing weight and staying fit: Caring for ourselves falls under the mitzvah: “and you shall watch yourselves very well” (Devarim 4:15) Being more environmentally conscious “…..be mindful not to spoil and destroy my world -for if you spoil it,there is no one after you to repair it” (Kohelet Rabbah 7:13) Refraining from Gossip –the laws of Lashon Harah. Giving to charity, tzedakah -“if there be among you a needy man….you shall surely open your hand to him …” (Devarim 15:7-8). Spend more time with family -we have Shabbat. Volunteer to help others, tzedakah and chesed. Even being less grumpy: as it says in ketuvot 111b: When one shows his teeth (smiles) to his fellow man, it is better than giving him milk to drink.

Nonetheless, during the month of Elul, in preparation for Rosh Hashana and Yom Kippur, we all engage in cheshbon ha nefesh, an accounting of the soul. We become introspective as to how we live our lives and seek how to become closer to Hashem.  Unlike our secular friends, however, our resolutions, if you wish to call them so, are more about our spiritual well-being. I think Rabbi Steve Gutow, president of the Jewish Council for Public Affairs in the US, said it best: to quote him: “My Jan 1st resolutions are trivial compared to the ones I make during the Yamim Noraim. If I break a secular resolution, I am disappointed in myself. If I break a High Holiday resolution, I am disappointing my relationship with G-d, the commitments I make in G-d’s name and I am disappointing my community. “

Sadly, I do not think it really takes all that long after the final blasts of the shofar on Yom Kippur for many of us to also revert to our old ways and habits. In Parashat Ekev we read that the “Eyes of G-d are always upon the land of Israel Mei Reishit Hashana, from the beginning of the year, ad acharit shanah, until year’s end” (Devarim 11:12) It does not say to the end of the year. Rabbi Yoel Teitelbaum, z’l, explains the lack of parallel by pointing out that people approach Rosh Hashana with a powerful resolve to improve themselves, that the coming year will be THE year, but, by the end of the year, they slide back to their old ways such that it is the end of yet another year.

The well-known maggid, Rabbi Yaakov Galinsky brings forth an interesting passage from Massechet Pescahim (118a): Kashin Mezonotav shel adam ke kriyat yam suf. It is as difficult for G-d to provide livelihood for a person as it was to split the Red Sea. Rav Galinsky explains that the when the Red Sea was created, it agreed to part for the sons of Abraham over 2000 years in the future. But, when Abraham’s descendants came to the Red Sea, they looked so different after the years of slavery, that it was difficult to get the sea to part. Similarly, we know that man’s parnasa for the year is determined during asseret yemei teshuva (Beitzah 16a). When, come Chanukah, he still hasn’t received the parnasa he prayed for, he will tend to redouble his efforts in prayer, but he may no longer look like the man who davened so fervently at the start of the year. The ministering angels may not recognize him.

Though we may be filled with ferver and resolve at the start of the New Year, as Jews, we know, that taking an oath or making a vow, is not something to be done lightly. In fact, someone who recites a vow, an oath or a pledge is required to fulfill it (Bamidbar 30:3). By taking an oath, one is creating a Torah obligation on themselves that they would otherwise not need to observe. In general, we are advised to be careful not to make nedarim to avoid the risk of not fulfilling them (Nedarim 20a, 22). So, for example, give money to tzedakah immediately rather than pledge it.

There are actually six different types of these obligations: 1) Nedarim, vows declaring that something permitted is now prohibited ex. No more chocolate for me! 2) Shavuot, oaths: where one swears to fulfill an activity, ex. Recite Tehilim daily,  3) Kabbalot mitzvah, where one declares they will perform a mitzvah: I will study this or that massechet, 4) Kabbalat tzedakah – Deciding to contribute tzedakah, even without verbalizing it, 5) Performing a stringency, for example a hiddur in halacha, glorifying the observance of a law in a manner that is not obligatory, will become a vow of sorts and the person must continue -for example, someone who decides to stand for Torah Reading and intends to continue doing so and lastly, 6) the rule of “thee times” -this is what we commonly call a Chazakah- when a stringency is performed three times, one must continue the practice.

Even though we may pull ourselves up by the bootstraps and decide to improve ourselves for the coming year, what may start out with the best of intentions can seriously backfire. Keeping up the commitment can be challenging, but not doing so would lead to very serious punishment, according to the Talmud. So, what to do?

We say, of course: Bli Neder to avoid creating a liability. Effectively, one is expressing the intent to perform the act without the responsibility (Kitzur Shulchan Aruch 67:4).In fact, you can even say it when it is not a question of a mitzvah, just to be sure. But one must be careful! Rav Mordechai Eliyahu in Darkhei Eliyahu, adds a footnote to the Kitzur Shulchan Aruch to say that the order in which bli neder is said is important. It should precede the potential vow. For example: Bli neder, I pledge 18 dollars, and not the reverse.

The Talmud teaches that when a person tries to grab a lot, they end up with nothing, but when they try to grab a little, they end up getting it.” (Chaggigah). Learn from Abraham Avinu who told his guests that he would bring them water and some bread to eat. He made no promises, but brought them wine and a feast. Say little, do a lot. (Bereshit 18:2-5)

In Shir Hashirim Rabbah 5:2 it says that Hashem tells Bnei Israel: Pitchu Li Petach K’Chudo shel Machat, V’Eftach Lachem Petach shel Ulam.  Open for me a hole like the eye of the needle and I will open for you the rest like the entranceway to a great hall.

The midrash explains this to mean that we do not need to do it all ourselves. We need not make a big hole, but it must go through. Whatever resolution we make at Rosh Hashana, no matter how small, so long as we commit to it fully and follow through, Hashem will help us overcome our other challenges as well.

At the end of the day, we are all a work in progress. If we would just work at moving the needle just a little bit each day, open our hearts, just a little more, and try to make each day just a little better than the previous one, we just might be able to get closer to Hashem’s vision for us as a people and hasten the coming of the machiach beyamenu.