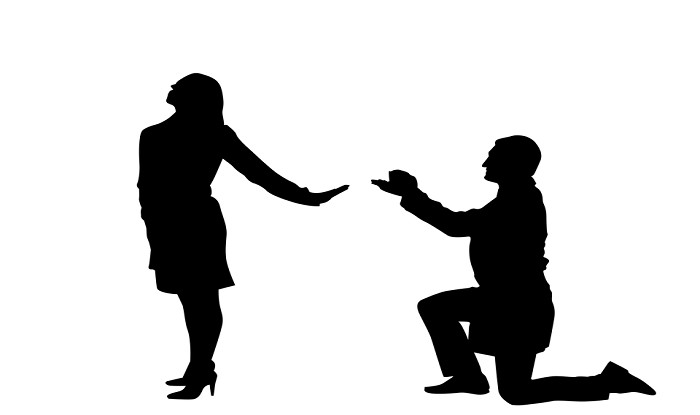 Life is not fair. Part of becoming an adult is accepting this statement and moving on. We do not always get what we want, when we want it or how we want it. We get passed over for promotions, our feelings are not always returned, or our ideas are turned down at that all-important final deciding meeting. Rejection hurts. Human nature is such that rejection often breeds an intense dislike in a person towards the one who rejects us as this causes pain, humiliation and a feeling of worthlessness. Often this leads us to attempt to delegitimize the source of the rejection. But what if you are that boss, the love interest, of the one who turns down that idea?

This week’s parasha, Vayishlach, concludes with a long recounting of the descendants of Esav. The account includes mention of Timna, who we later learn was the sister of the Royal Chieftan Lotan (Bereshit 36:22): “Timna was a concubine of Eliphaz, son of Esav, and she bore Amalek to Eliphaz”(Bereshit 36:12). Many have questioned the relevance of this piece of information. In fact the Talmud teaches of Evil King Menashe, son of Chizkiya, who would ask: did Moshe have nothing to write other than, “The sister of Lotan was Timna. Timna was a concubine of Eliphaz?” And for this he was rebuked by a Heavenly voice. Of him it is later written: “Woe to those who pull sin with ropes of falsehood” (Isaiah 5:18). His error was in considering the Torah, in this case, to be nothing more than a story, a narrative, and not seeking to understand the wisdom it embodies and the lessons it is there to teach. Thus, once again, when not even a single letter in the Torah is extraneous, why is the mention of Timna, a relatively unknown woman, so important?

According to the Talmud, Timna was a princess, a member of a royal family, of the aristocracy who very badly wanted to be part of the Jewish people. More specifically, she wanted to be part of Abraham’s family. Yet, Abraham, Isaac and Jacob all refused her conversion. Undeterred, Timna states: “I prefer to be a maid servant (concubine) to this nation rather than a princess elsewhere”. And so, she bore a son, to Eliphaz, son of Esav. This son, Amalek, becomes the sworn enemy of the Jewish people “because Timna had been rudely rejected” (Sanhedrin 99b). It is through Timna that the people of Amalek arise, a people with such venomous hatred of the Jewish people that “the name of G-d is not complete and the throne of G-d is not perfect as long as Amalek survives” (Rashi on Shemot 17:16).
Rabbi Chaim Shmilevitz points out that if Avraham and his family, who were tirelessly engaged in converting pagans to Judaism, refused Timna, they likely had a good reason for doing so and were justified in their reasoning, though we are not told what that reason was. However, he contends, the manner in which she was refused likely left her bitter to the point that this bitterness was passed down through the generations to her descendants.
There are times in our lives when we must turn down a request and refuse another’s heart’s desire, be it in a personal matter or a professional one. Though there is not much stated of Timna’s feelings; the bitterness of her son Amalek is well documented, and his hatred grew over time (Yalkut Shimoni).

Rabbi Abraham Twesky z”l acknowledges that is impossible to never reject anyone. We cannot hire everyone we encounter out of pity, or marry a person to avoid rejecting them. However, he explains, it is paramount that should we need to reject someone that this is done with the utmost care, consideration and sensitivity to the person’s feelings. This, he states, is where we must apply Hillel’s principal: “Do not do to another person what you would not wish done to you” (Shabbat 31a). In refusing a request, we should always put ourselves in the other person’s shoes, so to speak, and treat them as we would wish to be treated. “We may not be able to avoid disappointing others, but we can certainly avoid offending them” (Twersky). We need not always agree, but we can be kind to one another in how we express ourselves, and take care with the impact of our words and our actions.