Parashat Vayishlach – Beware the Esavs of the world 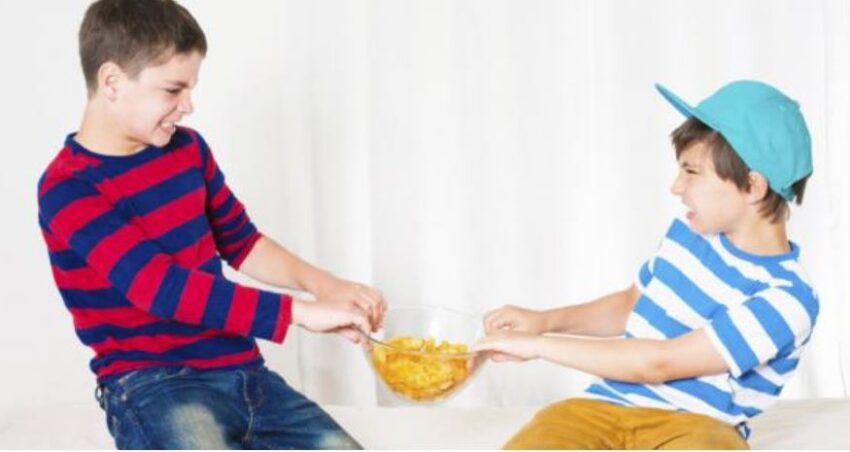 The scene is too easy to picture for any parent. The boys are fighting in the living room- again. Mom steps in, separates them and gives them the now famous “time out”, to think about what they have done. Then, after sufficient time has passed, mom tells the boys to “kiss and make up”. Watching her sons dutifully do so, she walks away, missing one boy pull his tongue at the other. Though a temporary reprieve may have been won, chances are that the scene will repeat itself again and again if more work is not done to mend the relationship. The psychology of sibling rivalry is an advanced science with reams of data and research on the effects of birth order, parenting style and the effectiveness of various parenting tips and reconciliation methods. Though it is part of the growing pains of every family, we inherently know and believe that they will grow out of it and that it is a phase most children go through. But what of the reconciliation between “historical” brothers, between nations? Can two peoples kiss and make up, shake hands and bury the hatchet after years of animosity and hatred? Can enemies really kiss and make up?

Sefer Bereshit is rife with tales of extreme cases of sibling rivalry: Cain and Abel, Isaac and Ishmael, Jacob and Esav, Joseph and his brothers. Though thankfully, our children fighting in the living room are not likely to escalate their dispute to such a degree as our ancestors, the Torah shares the narrative to teach an important lesson and more often than not, as a cautionary tale.

Parashat Vayishlach tells of the reunion of Jacob and Esav after 22 years apart. Recall that Jacob fled his home after Esav threatened to kill him. Now, he and his family watch Esav approaching with 400 men. Jacob splits up the tribe to protect everyone, fearing that Esav is still seeking vengeance. Jacob steps out in front of his men, bowing deeply and repeatedly before his brother. Surprisingly, the encounter goes quite differently than expected: “And Esav ran towards him (Jacob) and embraced him and fell upon his neck and he kissed him and they cried” (Bereshit 33:4).

While in any common text, words may be bolded, italicised or underlined, in the Torah, there are sometimes symbols on words that suggest the reader look more deeply at the meaning behind the words. In this week’s parasha, there is one such symbol above the word “and he kissed him”. The rare symbol, three tiny dots, is used above the word and has been the subject of much debate among the sages.

The presence of these three dots, which only appears a total of 10 times in the entire Torah, generally means to disregard the letters with the dots above them, meaning to read the word excluding these letters. But in the case of “and he kissed him”, vayishakehu, every letter of the word is dotted, which would imply that the whole word is absent.

According to Rashi we are to understand that Esav didn’t really kiss his brother, or, alternatively, that he did not do so with any real feeling. In Bereshit Rabbah (78:9), Rabbi Yannai suggests that “…this teaches that [Esav] tried to bite (nashakh) him. ‘And they cried”-one about his neck and one about his teeth”. For Rabbi Yannai, the dots explain why they were crying. Thus, according to the Midrash, Esav was actually intending to bite Jacob on the neck, but Jacob’s neck hardened at that moment, causing Esav’s teeth pain making him cry out. It should be noted that there is only one letter difference between the Hebrew words for “and he kissed him”, vayishakehu, and “and he bit him”, vayishakhehu .

Rabbi Shimon Bar Yochai is often quoted for stating that the dots are there to imply that despite all suspicions, the kiss was delivered with genuine sentiment. At the moment of the encounter, Esav took pity on Jacob and embraced him wholeheartedly. However, he also reminds the reader that “it is the law that Esav hates Jacob”, meaning that it is well-known that Esav hates his brother. Though the feeling of love for Jacob was genuine, in that moment, we must be reminded that Esav’s hatred for Jacob is an immutable aspect of his nature. Similarly, Rabbi Shimon ben Elazar comments that the mercy aroused in Esav in this scene is merely indicative of his feelings in that moment in time. He was moved not to kill him right then, but not more than that. He still remains Esav, with his beliefs and ideals. In the spiritual sense, Esav remains a threat.

Jacob inherently understood this threat. Upon seeing his brother, he prayed to G-d: “Please save me from the hand of my brother, from the hand of Esav (Bereshit 32:12).” Why does he need to clarify who his brother is? Rav Shlomo Breuer explains that the apparent redundancy is due to Jacob’s understanding that Esav has two “faces”. That of the brother, out for revenge, who may want to kill him, and that of the loving brother Esav, whose love may be just as dangerous as his hatred. Chazal caution that we should guard ourselves against the Esav who wants to shoot us and the Esav who wants to “stretch out his hand”.

We dream of the day that the nations will embrace us and that true peace will reign and hope that this day comes quickly, bimhera beyamenu. In the meantime, we must guard ourselves not just against the sword of our enemies but against the siren songs of our “friends”, the spiritual threat, that would lure us from our faith, and harden our necks against that threat as did our forefather Jacob.