Parashat Vayetzei: The lessons of childhood 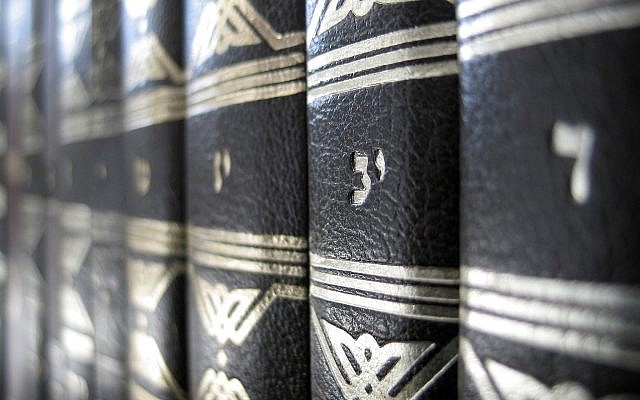 This past week a parent of one of our alumni sent me a picture of a beautiful baby boy, born to a graduate of Hebrew Academy who I taught years ago. In our brief exchange, the new grandmother shared that her daughter is now living in Israel and is neighbours with other alumni of HA and that a former classmates, a cohen, would be performing the pidyon haben. Aside from the joy of hearing of the exciting news, I was struck by the beauty of having everything come full circle: the next generation setting up Jewish households, starting beautiful families and following in the ways of their parents. These are the same kids who bucked at school rules, tested the limits, and gave their parents and teachers plenty of sleepless nights. The same kids who grew up in the twenty-first century, surrounded by technology and social media influences, surrounded by the craziness that the world has become. Yet, somehow, they have carved out a space for themselves in this world to live a Jewish life and raise Jewish families.

Parashat Vayetze tells the story of Jacob’s flight to Lavan, the twenty years spent in his household followed by his escape from his father-in-law’s home and the ensuing pursuit. From a young age we read about the “Evil Lavan”, who even in his embraces, was searching for hidden gold to steal. But who was this man that would become so much a part of Jacob’s identify that when he meets up with estranged brother Esav, he says “Im Lavan garti- I lived with Lavan” (Bereishit 32:5)?.

Lavan, the Aramean, father of Rachel and Leah, and thus grandfather to the future people of Israel, is remembered as a super-villain, worse than Pharaoh. Indeed, every Passover seder we are told to remember: “Arami oved avi (Devarim 26:5), go and learn what Laban the Aramean sought to do to our father Jacob, for Pharaoh condemned only the boys to death, but Laban sought to uproot everything.”

“Arami oved avi” translates loosely to “the Aramean [sought to] destroy my father”. The Ibn Ezra contends that for grammatical reasons, oved cannot mean destroy, but rather lost, wandering, poor, or homeless. The passage would then mean that “my father was a wandering Aramean”. Yet there is no actual mention of Lavan in this passage, his involvement is implied. As Rabbi Jonathan Sacks, z”l points out, only Lavan and his father Betuel are explicitly referred to as arami or ha-arami, thus the Midrash concludes that the passage clearly refers to Lavan. This interpretation, supported by others, still does not account for how Lavan was worse that Pharaoh.

In fact, prior to his pursuit of Jacob, “G-d appeared to Lavan the Aramean in a dream by night and said to him, ‘Beware of attempting anything with Jacob, good or bad’ ” (Bereshit 31:24). Upon reflection, Laban declares “I have it in my power to do you [Jacob] harm, but the G-d of your father said to me….” Even if he wanted to, Laban did not physically harm Jacob. Certainly not like Pharaoh!

Using a principal called “ma’asei avot siman lebanim” that the events of the fathers are a sign for the children, our sages conclude that living with Laban, Jacob’s freedom was lost, much as that of Bnei Israel would be lost in Egypt. True, Lavan did not physically harm Jacob, but he did keep him indentured for years upon years, to have him earn his wife, his children, his flocks, which Lavan claimed to be his own (Bereshit 31:43). “You changed my wage a hundred times” (Bereshit 31:41), exclaims Jacob, underscoring the unending extent of Laban’s trickery and determination to essentially keep Jacob and his family prisoners. This is how he “sought to uproot everything” (Rabbi Sacks, z”l).

Indeed, as mentioned, Jacob states “Im Lavan garti- I lived with Lavan”, though a strange way to describe himself, Chazal point out that the gematria of “garti” is 613, referring to the taryag mitzvot that he kept while living in his father-in-law’s home. Despite the environment, despite living in a household filled with idolatry, trickery and constant strife, Jacob never lost his identity and held firm to the lessons of his childhood.

There is a saying that “Ein davar ha’omeid k’neged haratzon” or “Where there’s a will, there’s a way.” Just as Abraham did for Isaac and Isaac did for Jacob and so on for generations, the value of the Jewish education that we give our children, in home and in school, provides them with the tools to find their way in this world and the inspiration to “will it”. It is a personal privilege for me to play even a small role in raising our children and an honor to get to see them raising their own.