Parashat Vayera: Our influence as parents 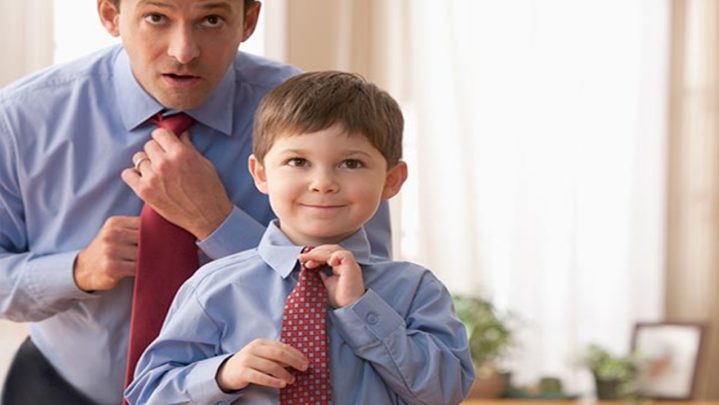 Growing up with Romanian parents and grandparents has provided me with the privilege of learning many interesting and wonderful sayings that can make you laugh, make you cringe and more often than not, really make you think. One such saying that I have often heard is on the quality, good or bad, of: şapte ani de acasa, which literally translates as “seven years of home”. In Romania, even today, children do not legally need to go to school before the age of seven. However, the saying has nothing to do with the school and everything to do with the home. It is in those first seven years that children are expected to learn “proper behavior” and for the rest of their lives, people will permit themselves to comment on whether or not that person received the proper seven years or not. Though these sayings have often been relegated to the world of bubbe meise, there is often an important kernel of truth to them.

This week, in Parashat Vayera, we meet Lot, Abraham’s nephew, as he greets his uncle and fellow travelers at the gates of the city of Sodom. Lot pulls out all the stops to welcome them into his home: “Behold now, my lords: turn about please, to your servant’s house; spend the night and wash your feet, then wake early and go your way…” (Bereshit 19:2-3), following which, Lot prepares a feast and serves his guests. In fact, he is even insistent that they partake of his hospitality.

Though there is clearly much to be gleaned on the importance of hachnasat orchim, the mitzvah of hospitality, Lot’s incongruent behavior is intriguing. According to the Midrash, providing food and shelter to wayfarers was punishable by death in Sodom. Furthermore, Lot had actively rejected the ways of Abraham: “I want neither Abram nor his G-d” (Rashi, Bereshit 13:11). He chose to live the hedonistic life of the people of Sodom, embracing the corruption that surrounded him. Yet here he is, inviting everyone in, insisting, in fact, that they partake of his hospitality, clearly, at great risk to him and his family. Note that according to the Ramban, “the Sodomites did not want to ruin their exclusive neighbourhood with outsiders. Today is one guest, tomorrow it’s more, and eventually, these strangers will take over and Sodom will be ruined.” Thus, inviting guests would be cause for public protest (Sanhedrin 109a). And indeed, as the text continues, it was not long before the protestors arrived at his door. This then begs the question as to why Lot would bother inviting his Uncle Abraham and fellow travelers in and take such a risk, in the very same city whose ways he had so totally embraced.

Rabbi Meir Rubman explains that having spent time in his youth in Abraham’s home and witnessing his uncle’s dedication to hachnasat orchim, left an “indelible impression” on Lot. Despite the choices Lot may have made in his adult life, he could not go against what was ingrained in him at an early age. Rabbi Dr. Abraham Twersky, z”l, explains that early imprinting of behavior, both good and bad, can overwhelm logic later in life. While Lot benefitted from spending his early years under the influence of Abraham and his household, Lot’s daughters learned only Lot’s moral compass; absent were any lessons on human dignity, kindness or chessed. They became the product of the environment in which they were raised, and the role models to which they were exposed. Sadly, for them, Lot’s show of chessed and compassion was too little too late.

Rabbi Aron Tendler, 2002, writes that “children learn far more from their parents than the parents wish to admit. Children have the unique ability to sense and imbibe the underlying philosophy and character of their parents.” Thus, Rabbi Twersky, z”l, reminds us that if we want our children to show proper behavior, we had best practice it ourselves. Though seven years are not a hard and fast rule, the influence that we, as parents, have on our children can last a lifetime —a privilege and a responsibility we must never take for granted.