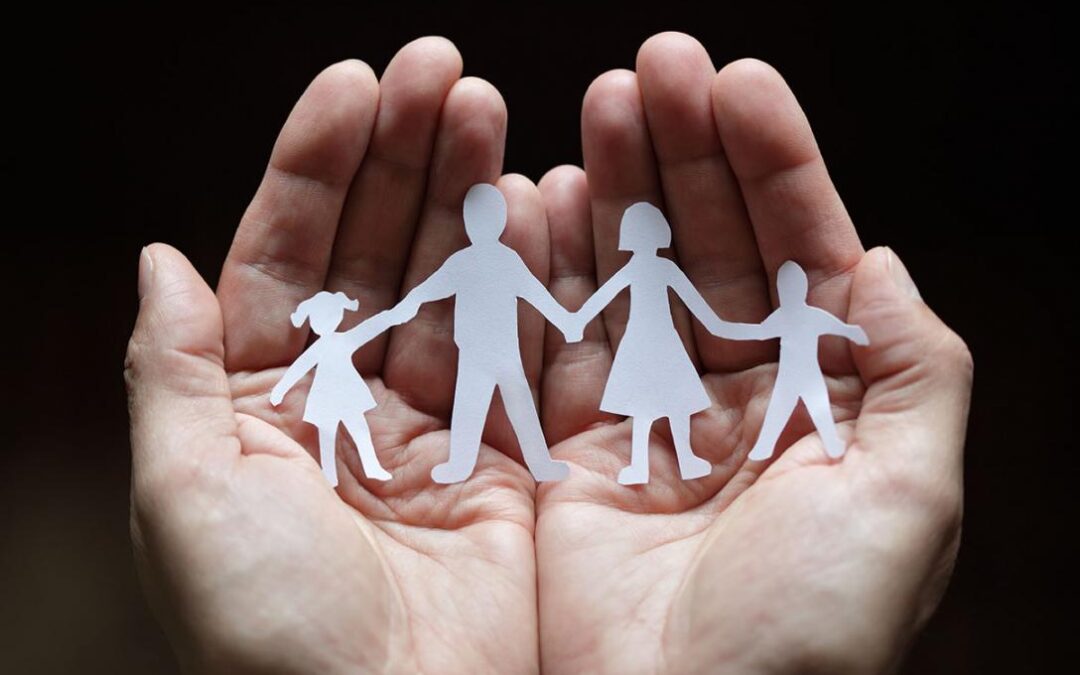 The word “cherub” conjures up the image of a pudgy little baby with wings and a bow and arrow; an image perpetuated by the greeting card industry to the point that it has become the iconic symbol for Valentine’s Day. In the Torah, cherubs, or kruvim, are first mentioned in Sefer Bereshit where they stand guard in front of the Garden of Eden to prevent Adam and Eve from returning after their expulsion. The second time they are mentioned is in this week’s Torah reading, in the description of the building of the mishkan. In Judaism, the cherubs that sat atop the mishkan hold a far deeper meaning, representing the very essence of what it is to be a Jew.

In this week’s portion, Vayakhel-Pekudei, Betzalel, a craftsman from the tribe of Yehudah, chosen by Hashem Himself (Shemot 35:30-33), creates a wooden ark covered in gold. Atop the ark, he places two golden kruvim with their wings outspread, facing each other, as it says: “The kruvim….with their faces toward one another” (Shemot 37:9). Later, we are told that once the mishkan was completed, Hashem would speak to the people from between the kruvim (Shemot 25:22).

The exact description of the cherubs has been at the heart of much discussion, though most agree that: “Each of the cherubs had the image of a child’s face” (Massechet Sukkah 5b), “One in the likeness of a boy and the other of a girl” (Zohar II, 277b). It should be noted that descriptions of the cherubs also include the face of a lion, the face of an adult or even that the kruvim were in fact large birds, symbols of heaven (Rashbam, Chizkuni). The Talmud further explains that “Kruv and man are identical, only one had the face of an adult and the other of a child” (Sukkah 5b).

While we can certainly appreciate the beauty and majesty of the mishkan, it does beg the question how Hashem could instruct us to build two statues in the Holiest of Holies. Were we not punished for constructing the Golden Calf? Were we not commanded not to create graven images? It almost sounds like idolatry, which we are taught is one of the gravest of sins.

There is an important distinction to be made here: the golden cherubs were to be the place where Hashem would dwell — they were not to stand in for Him. The instructions also stated, …“nor shall you make them for yourselves” meaning that one shouldn’t think it is permitted to make them (the golden cherubs) for themselves. They are only to be made for Hashem (Mekhilta De-Rabbi Yishmael). Furthermore, it did not say that the cherubs would speak for Hashem, rather that He would speak from between them (R. Aboulrabi). Thus, “There I will meet with you and I will impart to you from above the cover, from between the two cherubs…” (Shemot 25:22)

Later, when the Temple was built in Jerusalem, again two kruvim are included in the design, but in this case, sometimes they face each other, sometimes, they face away from each other. The Talmud teaches that when the people follow Hashem’s will, the kruvim face each other, but turn away from each other when they do not. The Kli Yakar explains that the kruvim represent the “ideal transmitters of the Torah by their pleasing qualities and worthy actions towards their community”, the mizvot.

Finally, the positioning, construction and appearance of the cherubs are important symbols of the very essence of our role as parents. It is said that one was male and the other, a female child, representing the need to be involved with Torah from youth. The upward-pointing wings remind us that everything is from shamayim, above, and they face each other, showing the love of our fellow Jew. Ultimately, Hashem chose Jewish children to watch over the Torah.

Of all the possible choices, the cherubs were made in the image of our children. Furthermore, they were to be made of pure gold — no other metal would do. For the vessels that guard the Torah must be pure, there cannot be any compromise. And here, the Lubbavitcher Rebbe brings a beautiful lesson.

When it comes to education, there cannot be any compromise. We must give it our best. “When it comes to “building” your child… implanting within him or her a value system, mindset, worldview, etc. – this can be done in one of two ways: separate from the lid, the Torah, or molded from the lid itself.” While the ark housed the Torah, the lid, made of gold, was of one piece with the cherubs, with no division, demarcation or bend between them. So must our children be molded in the way of Torah and raised on a solid foundation, in the ways of Torah and Hashem. It is only thus that they can grow to know who they are and their place in this crazy world, and continue to guard our ways for future generations.

The past several weeks have been very difficult for our Hebrew Academy family. We have suffered significant loss and continue to struggle with the challenges of living in the midst of a pandemic. Amid the stress, the sorrow and the anxiety, we cannot forget that we have a responsibility to our children, to educate them and to mold them, through our actions, through our words and through Torah, and let us bless them this Erev Shabbat with all our hearts.