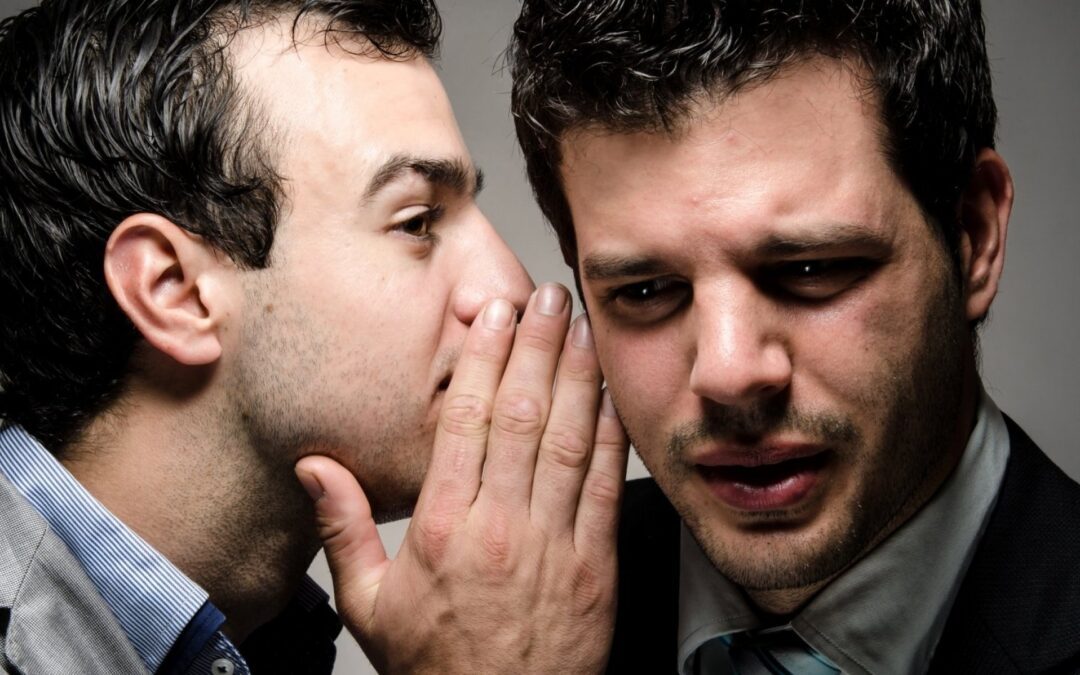 Reading or sharing the latest titillating bit of news is a guilty pleasure that many indulge in. The celebrity gossip industry alone is a 3 billion dollar a year venture and does not include the online traffic of Twitter, Instagram and other social media networks related to non-celebrity gossip. Regardless your age, social status, finances or demographics, no one is immune. Studies show that that the typical person will spend about 52 minutes a day engaged in gossip, defined as speaking of a person who is not present. While some gossip could be positive such as sharing the news of an upcoming marriage or the birth of a baby, too often, it is not. According to Forbes (2018), gossip in the workplace erodes trust and morale, increases levels of anxiety and stress, leads to divisiveness and even attrition of good employees. On a personal level, gossip can damage relationships, reputations and, in extreme cases, has even been the cause of suicide. Just as a well-placed positive word of praise or encouragement can have profound and lasting effects on a person, even in the absence of action, the same is true for negative speech. The Baal Shem Tov taught that every word we utter is real, whether it leads to action or not, whether they come to fruition or not. While they may not impact the physical world, they are as good as done in the spiritual realm. And for this, there are consequences.

This week we read the double parasha Tazria-Metzora which deals with the laws of tzara’at. While usually translated as “leprosy”, tzara’at is actually a physical manifestation of a blemish on the soul. It first appears on a person’s clothing, then on their home and eventually on the person’s body, at which point, the person is deemed “unclean” and removed from society and placed in isolation. As it is written: “And the Lord spoke to Moses and to Aaron, saying, When you come to the land of Canaan, which I am giving you as a possession, and I place a lesion of tzara’at upon a house in the land of your possession” (Vayikra 14:34). The text then continues to elaborate the treatment of those afflicted by this mysterious disease. Rashi explains that tzara’at is a punishment for lashon hara, for evil speech. Indeed, as the Talmud states “he caused separation between man and his friend [through negative speech] and therefore the Torah said that he must sit alone (Arachin 16b).

It should be noted that according to the Jerusalem Talmud, there are three sins for which one is punished in this world and the next: immorality, murder and idolatry, and lashon hara is equal to all three. These sins represent the destruction of the physical, emotional and spiritual self. “Who whet their tongue like a sword, and bend their bows to shoot their arrows, even bitter words” (Tehillim 64:3). The Midrash explains that words are like arrows, for a man stands in one spot and causes havoc in the life of another at a great distance. In fact, the sages state that lashon hara kills three people: the one who says it, the one he says it about and the one who listens to it (Mishneh Torah, Hildchot De’ot 7:3).

The Talmud cautions that none of us are immune to lashon hara: “everyone [stumbles] in avak (the dust) of lashon hara” (Bava Batra 165a). In fact, sociologists explain that as people, we are hardwired for gossip; living in groups, we depend on one another to survive and therefore need to know as much as possible about the individuals in the group to know who to trust and who to be weary of: who is friend and who is foe. While the civil laws related to slander absolve the accused if the slander is proven “true”, Jewish law does not. According to the Torah, words that have a negative impact on another, be they truthful or not, are punishable. We need connection, and being ostracized or shunned is one of the most difficult trials for the human psyche. It is clearly a fitting consequence for one who damages a person’s connection to the group through negative speech.

You may be familiar with the French saying “Il faut tourner sept fois sa langue dans sa bouche avant de parler”, a proverb suggesting that one should turn their tongue in their mouth seven times before speaking. When the next juicy piece of gossip comes your way, when you find yourself about to share the latest tidbit — hit “pause”. As the Lubavitcher Rebbe so beautifully said: “Words have a way of reaching deep within ourselves, releasing the inner treasures of our soul, and allowing us to understand, empathize and connect to the people around us”. Words can create and words can destroy, how they are used is up to you.