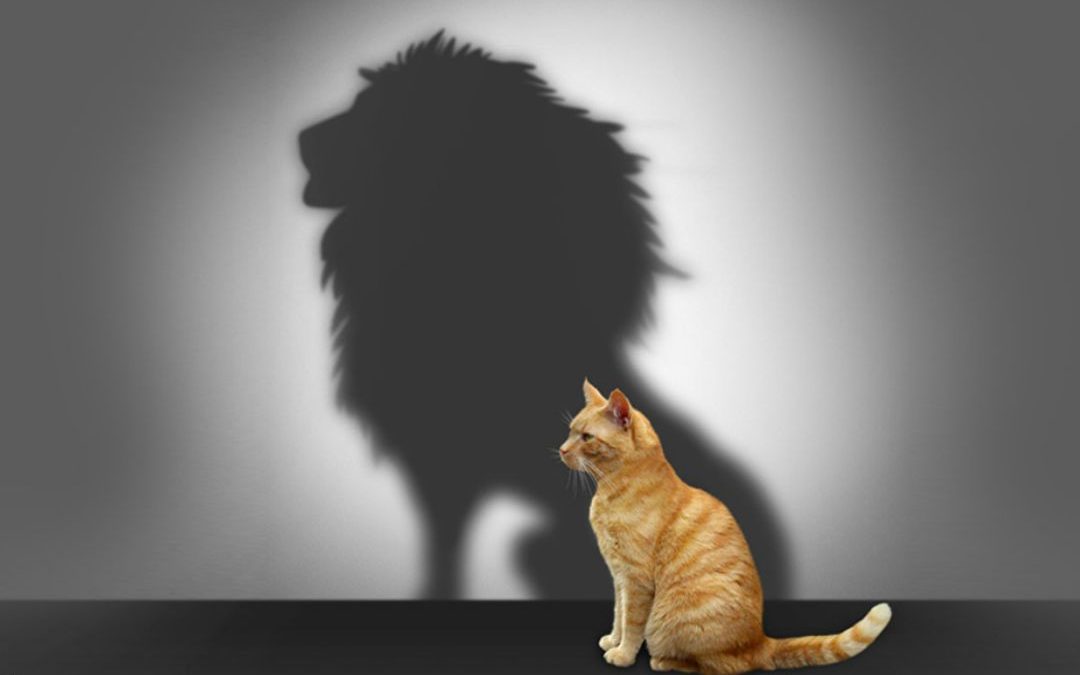 A quick internet search on self-deprecating humour quickly yields an endless source of tweets, memes and silly comic strips that though sometimes funny just seem overall sad and can even make the reader a bit uncomfortable. Oftentimes racist, sexist, discriminatory or even just plain mean, the jokes “fly” as the author or speaker is saying it about themselves somehow making the statements permissible. Interestingly, a 2018 Harvard Business Review article even touted a person’s ease with self-deprecation as a predictor of a high emotional quotient, or EQ, thought to be a better predictor of success than a person’s Intelligence Quotient or IQ. Yet psychologists would disagree. Not only is this type of speech damaging to the speaker, but it is also damaging to the audience.

This week’s Torah reading, Tazria-Metzora, deals with the laws surrounding Tzaraas. While the exact nature of this skin disorder remains unclear, the Talmud is very clear as to its cause. Tzaraas is the punishment for having spoken Lashon Hara. It is a sin to which even the most pious of men are still vulnerable to (Bava Batra, 164b). Furthermore, the juxtaposition of this passage to the description of all the non-kosher animals in the previous passage highlights the importance of “not only worrying about what goes into our mouths, but what comes out of them as well” (Chafetz Chaim).

“This shall be the law of the metzora” (Vayikra 14:2). The word metzora can be divided into two parts: motzi shem ra, “one who spreads rumors that damage another’s reputation”. The word used in the verse for “law” is “Torah”. According to the Midrash Rabba, the word Torah is used five times in relation to metzora, implying that one who speaks slander or gossips, the sins believed to cause tzaraas, are deemed to have transgressed all five books of the Torah. Haskel V’Yado explains that there are five types of slander, described in each of the five books of the Torah. In Bereishit, Yosef spoke ill of his brothers leading to the exile into Egypt. In Shemot, Moshe maligned the faith of the people stating that they would not believe him (Shemot 4:1) and for that was not allowed to enter the land of Israel. In Vayikra we learn about idle gossip. In Bamidbar the false testimony of the spies led to forty years of wandering the desert. And lastly, in Devarim, Miriam is stricken with tzaraas for her negative remarks to Aaron about Moshe. The Chafetz Chaim adds a sixth form of slander to the list: self-slander.

One day, a peddler was travelling on a wagon and struck up a conversation with a fellow passenger, asking him where he was from. “Radin”, replied the man. “Oh, do you know the great Rav and Tzaddik the Chafetz Chaim?” The passenger replied, “First, he is not a Rav and second, he is not a tzaddik!” Shocked and taken aback, the peddler got quite agitated and informed the man that “Everybody knows he is one of the saintliest men of the generation”. “What people say means nothing”, said the man. “People don’t really know him. I know him personally and I assure you, his reputation is greatly exaggerated!” Frustrated, the peddler ended the conversation and the men travelled in silence until their destination was reached. As you probably guessed, when the peddler went to the home of the Chafetz Chaim, to meet the great man, he was shocked to discover that it was none other than the fellow passenger from the wagon ride. The Chafetz Chaim, sensing the man’s embarrassment, assured him that he did nothing wrong. “On the contrary, I deserve to be punished. One is not only forbidden from speaking lashon hara about others; he may not even speak lashon hara about himself!”(Torah Treasury, 2002).

The midrash teaches that Lashon Hara destroys three people: the speaker, the listener and the one who is spoken about (Devarim Rabbah 5:10). It turns out that speaking negatively about oneself contributes to poor self-esteem and undermines self-belief. It is not actually a sign of humility rather a form of humiliation and contributes to marginalization. Furthermore, the manner in which we speak to ourselves or about ourselves, even jokingly, eventually becomes our own personal narrative. Whereas this can help build a person up when used properly, it can also be highly damaging to our self-image and self-esteem to constantly put ourselves down

Rabbi Abraham J. Twersky, in his discussion of this Torah portion, explains that whenever one speaks, it is important to be mindful of who you are and the weight your words may carry. It is a time when even vanity can be beneficial as one must pause to remember that the listener may not take your words lightly. As we are all social distancing and spending many, many hours with our children we need to remember that they are listening and hearing everything we say and modeling their self-talk. Our words become their inner voice, we owe it to them to make it a positive voice.