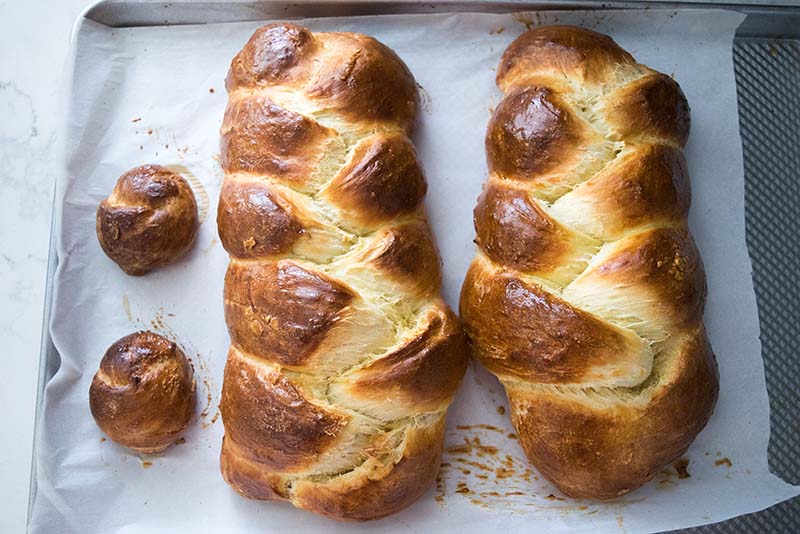 Nothing says Shabbat like the smell of freshly baked challah. There is something so soothing about the aroma wafting through the house, the texture of the bread, the silence after netilah as we wait, impatiently, for our portion. Challah becomes more than just food, it is an experience. Any baker will tell you that bread making is an art. Far more challenging that ordinary cooking or baking, baking bread is a finely tuned science, a careful balance of ingredients and skill to create a masterpiece worthy of sitting at the Shabbat Table. Yet it is not this chemistry or skill that enhances the beauty of the challah, it is the mitzvah behind these special loaves, the pause in the baking process where one lifts a clump of dough and declares “this is challah”. It is that secret ingredient of spirituality that elevates the bread from a mere loaf to a beautiful mitzvah.

The mitzvah of separating challah, the separation of a small portion of kneaded dough prior to baking, is a mitzvah that finds it origin in this week’s parasha, parashat Shelach, following the account of the transgression of the spies which led to Bnei Israel wandering the desert for 40 years. Thus, it is written: “When you arrive to the Land to which I am bringing you, and it shall be when you eat from the bread of the Land, you shall set aside a portion for G-d….the first portion of our kneading, you shall separate a dough offering (challah)….In all your generations, give the fist of your kneading as an elevated gift to G-d” (Bamidbar 15:18-21). Though not specifically assigned to any one gender in the parasha, taking challah portion, which was to be donated to the Kohanim, is a mitzvah specifically reserved for women (Mishnah Shabbat 2:6).

Rabbi R. Joseph B. Soleveitchik z”l asks why this mitzvah should be given in such a context. Why not include it with the next parasha where the laws of terumah (offering) and ma’aser (tithing) are given? The first answer he provides, on a somewhat literal level, is that while terumah and ma’aser apply to produce grown in the Holy Land, challah is to be taken regardless of where the wheat was grown. However, there is a deeper implication to the placement of this mitzvah in this week’s parasha. The spies were punished for not having faith that the people were strong enough to conquer and inhabit the land. “In the context of those doubts, the Torah teaches that the efforts of those who inhabit the land are blessed” (Shiurei Ha’rav Al Massechet Challah).

Interestingly, in Vayikra Rabbah (15:6), the sages note that the mitzvah of challah is juxtaposed to the prohibition of idol worship. In fact, it even states that one who performs the mitzvah of taking challah nullifies the worship of idols, while one who does not, sustains idol worship. What possible connection can there be between challah and avodah zarah? While most conceive idol worship to be the reverence of statues and figurines, it also encompasses the act of infusing powers to aspects of nature. Thus, one who toils the soil to grow wheat, harvests it, sifts the kernels and mills them to flour, may look at the bread and be moved to be thankful to the soil, the sun and so on, forgetting that there is only one true source for these gifts. Similarly, the bread itself can be seen as a sign of wealth and material success. When a woman separates challah and raises it, proclaiming “this is challah”, she is consciously acknowledging G-d’s role in bringing about that success. In this interpretation, taking the time to see G-d’s hand in even the smallest things such as a little ball of dough, one is acknowledging His presence in our world and elevating our awareness of the divine.

The portion of dough to be reserved is described as reshit arisotechem, “the first of your dough”. The language used for this mitzvah harkens to the wording we are all familiar with bereshit bara Elokim, “in the beginning, G-d created the world” from Sefer Bereshit. Furthermore, there are five whole verses dedicated to the mitzvah (Bamidbar 15:17-21). When Challah is taken, it must be the first and best of the kneaded dough, reshit, and not, for example, scrapings from the bowl after the bread has been formed. Though the amount of dough is small, it is the best. Similarly, in giving of ourselves, we must strive to give the best of us be it our time, our money, our energy or our talents. They need not be large gifts, but they should be our best ones. The mitzvah of challah teaches that prosperity is earned based on our willingness to share the products of our efforts (R. Soleveitchik, z”l).

This coming Sunday, we will be celebrating the Hebrew Academy Bat Mitzvah. Twenty-five young women will be becoming full-fledged members of Klal Israel and, among others, taking upon themselves the responsibility for the mitzvah of challah. This small yet powerful weekly reminder in our lives will become an important part of their lives as well, a reminder to give the best of themselves always, in their words and in their deeds. In a year that started out looking bleak, not knowing how we would recreate the usual “Bat Mitzvah year” for our girls, we reverted to the simple, to the basics, to the small and important things. Words of Torah were shared, challahs were baked, chaggim were marked and celebrated and opportunities for chesed were sought. In the end, we all learned the preciousness of the gifts that lie within each and every one of these girls and how fortunate Klal Israel will be to count them among our own.

Mazal Tov to the Benot Mitzvah and to their families,