Parashat Shelach – Be a leader, not a follower 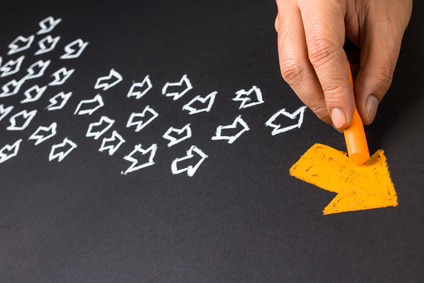 I would like to dedicate this Dvar Torah to all our graduates of the Senior Class of 2020. As you make your way into the world beyond the four walls of Hebrew Academy, may you all make good choices and reap the rewards they entail.

If you grew up in the same era as I did, you are likely familiar with the following mom-isms: “And if everyone jumped off a bridge, would you do so as well?” This universal response to peer pressure was brought out and dusted off for everything from spending money on a fashion craze that would not likely last (anyone remember highlighter-colored sweaters in the eighties?) to more serious infractions such as smoking or drinking. As my generation became parents, we seem to have taken an unconscious oath to ban such mom-isms from our vocabulary lest we should sound like our mothers. Yet, the advice was not only sound but profound. It was a call to do the right thing, to listen to your own conscience and to be discerning when listening to peers in all arenas. It is the individuals who heeded this advice who make history, individuals such as Joshua bin Nun and Caleb ben Jephunneh.

In this week’s Parasha, we read about the 12 spies who went into Canaan to scout out the land. Hashem tells Moshe “Shelach Lecha anashim”, send for yourself some men. Rashi explains that Moshe is being told: you do not need it, but if the people are asking, go ahead, choose some men and send them to view the land. And so, he chooses 12 “anashim”; upstanding, outstanding men for the mission to scout the land.

After a time, 10 of the spies return to report that Bnei Israel would not stand a chance against such an enemy. Only Caleb and Joshua tried to reassure the people and calm the panic that arose. The 12 spies were leaders among the people, they were specifically chosen for this mission, suggesting a special status, they were “anashim”. Why then would only two of them be strong enough to give a true report? Only two reported that with the help of Hashem, they can conquer the land, they will not fail.

Rabbi Jonathan Sacks brings down an interesting explanation. The word used to describe the mission of these 12 individuals is latur, meaning to seek out the good rather than to lachpor or leragel, meaning to spy. Rabbi Sacks explains that only two of the twelve men understood that their mission was to seek the good in the land; it was never to spy. The ten men who returned with a negative report “completely misunderstood their mission!” Furthermore, despite their status as leaders of their communities, they were so overcome by fear and could not see past it: “and we were in our own sight as grasshoppers, and so we were in their sight” (Bamidbar 13:33). “They looked for the wrong things, came to the wrong conclusion, demoralized the people, [and] destroyed the hope for an entire generation…” (Rabbi Sacks).

When something is right or true, what the majority says is irrelevant. The Rambam, in his Guide of the Perplexed writes: “When something has been demonstrated, the correctness of the matter is not increased and certainty regarding it is not strengthened by the consensus of all men of knowledge with regard to it. Nor could its correctness be weakened even if all the people on earth disagreed with it.” Oftentimes, our decisions and choices are swayed by majority. We see it with our children when they report that “everyone says…” or “everyone does it….”, we see it with ourselves, when we buy into the latest trends or crazes, we see it in politics and medicine. We are swayed by celebrities, politicians, peers and leaders, and too often, we stop thinking for ourselves. Rabbi Solevitchik once said that Hashem is not impressed with numbers. His wisdom is the absolute truth, and that is not subject to numbers.

With his dying breath, Moshe tells the people “Chazak ve’Ematz….lo tirah ve lo techat” (Shemot 31:7-8). “Be strong and of good courage….do not be afraid, do not be dismayed”. That is how Caleb and Joshua lived. They had faith, they had the courage to stand against the others and speak up. They held fast to their beliefs though they were outnumbered and did not allow emotion to rule. Their tale is a reminder to look beyond the majority, the claims and trends of the masses. Look into the heart of the matter, think for yourself, look for the good and place your faith in Hashem. The choice is yours -make it a wise one.