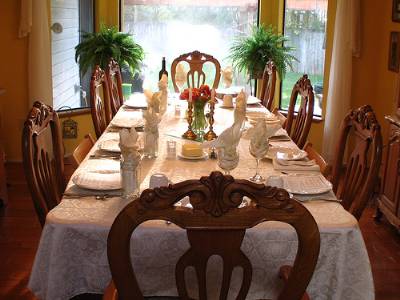 Being a parent is a challenging and exhausting endeavor. Being a Jewish parent bears an added level of responsibility beyond what the authors of What to Expect: the Early Years could have ever imagined. In the era of this pandemic, where we are all stressed out, exhausted, overworked and overwhelmed, worrying about anything beyond the basics of life right now is enough to tip anyone over the edge.  And, as many of us will likely be celebrating the upcoming holidays with just our nuclear family, it can feel a bit like, why make a fuss? The answer is simple: we must, for the children.

After the end of last week’s parasha, with the dire warnings of the Tochechah, a sum total of 98 curses, Moshe gathers the people to tell them, “You are all standing here today”. The message he is giving the people is a strong one: despite all the warnings, despite the years of roaming the desert and all they have been through, they are still “here”, they are still “standing”. He is telling them that they are strong, they have what it takes and that they should not despair. It is normal to be afraid, but as Rabbi Frand explains: “there is a vast difference between healthy fear and hopelessness”. One empowers and safeguards, while the other paralyzes. We should never give up in the face of fear, it is at the essence of who we are as a people. We are named Jews after Yehudah, son of Yosef, who stood up to the viceroy of Egypt in defense of his brothers. He never gave up and trusted that Hashem would not abandon him (Izhbitzer Rebbe). Which sounds great in theory, however, the anxiety of Bnei Israel was only just getting started after the warnings of the Tochechah.

With the passing of Moshe Rabenu, Bnei Israel found themselves at a loss. They no longer had a direct channel to Hashem to answer their questions, the link to Shamayim was gone and they were faced with having to fend for themselves, to answer their own questions and step up as leaders themselves.  A daunting task for a people who up until that moment have only known slavery and life roaming the desert. How will they go on without Moshe? When Moshe passed, Hashem ordered that he be buried outside of Israel, symbolically indicating that the people of Israel were to take up the torch from there on. It is said that before his passing, Moshe wrote thirteen Torah scrolls, one for each tribe. In addition, he provided the basic keys to deciphering her code, keys that are still in use today, and that are available to each and every one of us. They have the tools to go on.

Lastly, the parasha also discusses the Hakhel, the “gathering”. In the time of the Holy Temple, every member of the Jewish people would gather together in Jerusalem to hear the king read the portion of Sefer Devarim regarding the covenant between Hashem and Bnei Israel “so they will learn and shall fear the Lord your God.” But it is not merely for the adults. Parents were to bring even their infants as it is written: “And the children who do not know-they shall hear and shall learn to fear the Lord your God.” The Sfat Emet suggests that it is not merely active learning that can instill Torah in the children, but exposure, as in the Hakhel ceremony, that can affect the soul. It builds the base for future learning to expose a child to these early auditions of Torah.

The final commandment given to Bnei Israel, before the end of Moshe’s life, is to write your own Sefer torah: “Now therefore write this song and teach it to the people of Israel. Put it in their mouths, that this song may be My witness against the people of Israel.” (Devarim 31:19). Rabbi Sacks interprets this passage to be a message to future generations: “Do not think it is enough to be able to say, My ancestors received the Torah from Moses. You must take it and make it new in every generation.” (Rabbi Lord Jonathan Sacks).

As a people, Jews value education above all else. We recognize the importance of investing in the upbringing of our children, in preparing the next generation. In fact, we are not instructed to learn Torah, we are instructed to teach Torah to our children.

My late Safta Shoshi, z”l, extricated only one promise from me before her passing: “promise me, she said, that you will eat at least one meal a day, at the table, together with your family. Trust me, it’s important!” Having no children at the time, I promised (you do not argue with a Hungarian woman!). It made her happy, I liked making her happy, and left it at that. It would take many, many years for me to fully grasp the depth of meaning and the profoundness of her request.

When you sit together, as a family, at the table with your children, you are creating a template for future generations. The examples you set, the words you share, the Torah you learn, are all being absorbed by your children, even if they do not consciously recognize it or understand it all. The manner in which you speak to each other, to your children, the care you give to the setting of your table, the time you take to speak to your children, to listen to them, it is all being taken in. We are all in overdrive these days. This week’s parasha is here to remind us that we do have what it takes to get through this. We have been through many, many challenges, and come out stronger for them at the end. It’s normal to be scared and nervous, but we have faith, we take heed of the warnings and we take responsibility. At the end of the day, however, we cannot allow ourselves to forget that we have a very important job to do: to teach our children. Take the time to make Shabbat and the upcoming Chaggim extra-special for your children, our future generations are counting on you!