Parashat Emor – A recipe for unity 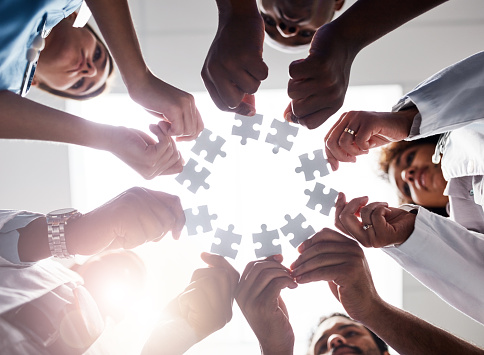 In my teenage years, I had a small flirtation with the stage. More precisely, I was ronnette number four in my shul’s production of the Broadway play Little Shop of Horrors. Never heard of her? Well, that’s likely because it was an invented role to use the people who showed up for auditions in the play. Was I disappointed? Not really. Understand, I had no delusions with respect to my ability to sing or act -never could, and most probably never will. That said, it was my first introduction to the concept of, “There are no small parts, just small people”. This theme has come up many times since then. One that I am sure you are familiar with is the idea that there are no small jobs, just small people. My grandmother used to say that Hashem’s garden is very varied, though I admit that it sounds better in Romanian! At the end of the day, regardless the words used, the meaning is the same. You need different types of people for anything to work, and more importantly, we need to learn to celebrate these differences and to appreciate their unique contribution. It should surprise no one, however, that the origin of this idea is much, much older than the above early twentieth century quote.

In parashat Emor, we read the mitzvah of the four species we bless on Sukkot. “You shall take for yourselves of the first day, the fruit of the citron tree [etrog], the branches of date palms [lulav], twigs of a plated tree [myrtle, hadasim] and brook willows [aravot]” (Vayikra 23:40). The midrash teaches that the four species represent four types of people. The etrog, which has both taste and fragrance, represents the person who has Torah knowledge and good deeds. The dates of date palm have a pleasing taste but no fragrance, thus representing the person who has Torah knowledge but no good deeds. The myrtle has a nice fragrance but no taste, representing the person with good deeds but no Torah knowledge. And lastly, the willow has neither taste nor fragrance, symbolic of the person with no Torah knowledge or good deeds (Vayikra Rabbah 30:12). To fulfill the mitzvah of the four species, all four must be bound together. If any one of the four is missing, the mitzvah is not fulfilled (Hilchot Lulav 7:5). By extrapolation, we understand that each type of person is essential to the Jewish nation; if any one is missing or not included, we are incomplete.

Another interpretation of the four species holds that each one represents a different part of the body: the lulav represents the spine, the myrtle-the eye, the willow-the mouth and the Etrog-the heart (Vayikra Rabbah 30:14) As with the interpretation above, should any one part be absent, the entire body would not function. Similarly, Rabbi Abraham J. Twersky reminds us that every Jew is compared to a letter of the Torah. If any one letter is missing, the Torah is passul, invalid, and cannot be used. Thus, the Jewish nation is also incomplete if any Jew is lacking.

The Torah also tells us to take the four species in one’s hand (Vayikra 23:40). We are being instructed to take these four body parts “in hand” and control them. Thus, our brains must rule over the desires of our hearts. We must be firm in our convictions, walk tall and proud and be uncompromising of our identity. We must control our eyes and not be envious of the fortune of others. And lastly, we must control our lips, speaking words of Torah and kindness to our fellow man (Zohar, Vayikra 224a).

The dominant theme of this week’s parasha is “Peace and Unity”. In this week’s chapter of Pirkei Avot (4:3), we read the words of Ben Azzai: “Don’t be scornful of any person, and don’t be disdainful of anything; for there is no person who does not have his hour and there is no thing that does not have its place”. The Torah reading this week has a beautiful way of outlining the recipe for unity. We need diversity, to be bound together, to have a compelling understanding of the divine, to have a healthy body and a healthy community. Each person has something to contribute, not despite their differences, but because of them. As the midrash states, the lulav is Israel, the myrtle is Israel, the willow is Israel, and the etrog is Israel. What does Hashem do? He ties them all together into a single bunch and they atone for each other (Fisher, 1992). Sukkot is a time to rejoice; “If we can achieve unity-that is indeed cause for joy” (Twersky, 2003).