Parashat Chayei Sara – We have the power to choose 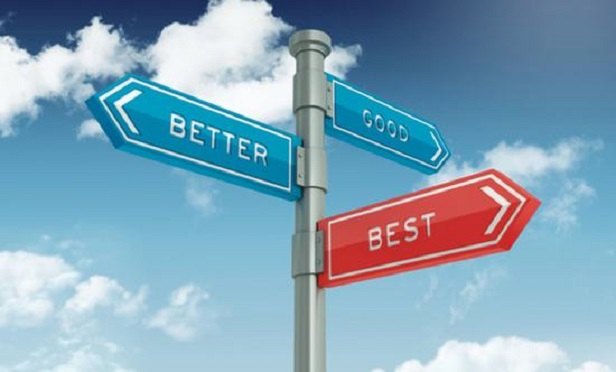 Our days are filled with a myriad of choices: some big, some small, some seemingly inconsequential and some potentially life changing. In fact, it is estimated that the average adult makes roughly 35 000 decisions each and every day (UNC Science, 2018). But it is in those moments that we build our lives and oftentimes, even seal our fate. How we make those decision is ultimately an insight into our inner character and their outcome, our legacy. As we learn in Proverbs 22:1 “A good name is preferable to great riches.” G-d has provided each and every one of us with the free will to choose and to decide, but He has also given us the framework within which to accomplish the mission.

In Parashat Chayei Sarah, we read of the sad passing of Sarah Imenu, Avraham’s dealings in purchasing a burial plot for his late wife and, of course, Eliezer’s adventures in securing a wife for their son Yitzchak. In the well-known story, Avraham sends “the elder of his home, who ruled over all that was his” (Bereshit 24:2) to find a wife for his son. Eliezer travels to a small village where he observes the kindness of a young woman, Rivkah, at the village well and decides that she is the one meant for his master’s son.

The steward of Avraham’s household (Bereshit 15:2), Demesek Eliezer, is introduced in the previous parasha. Demesek, a contraction of the words doleh umashkeh, ladles out and gives to drink, identifies him as the embodiment of all of Avraham’s teachings and therefore a suitable emissary for this important task. And so, Eliezer, “With all the bounty of his master in his hand” (Bereshit 24:10), sets off to find a suitable wife who would be willing to leave her home and her ways and be the perfect shidduch for Yitzchak.

Interestingly, during the entire narrative of the travel, the meeting at the well, the watering of the camels, the discussion that ensued, the bestowing of gifts, in fact, in the entire parasha, Eliezer is not once mentioned by name. He is merely introduced as “the servant of Avraham.” In fact, he is referred to as “servant”, eved, ten times and the “man”, ish, seven times, but not once by his given name. Why the anonymity? Names are important, especially in the Torah. The meaning and origin of biblical names offer insight into their characters and their destinies. Names carry memory and a legacy. How can a man, tasked with identifying the future of Avraham’s lineage not be named?

Interestingly, Eliezer is linked to three other characters in the Torah through, of all things, a musical note. The taamei hamikra, the cantillation notes found on the words of the Torah, indicate how they are to be sung and, oftentimes, give insight into the deeper meaning of the text. One note in particular is extremely rare. The shalshelet appears in the Torah only four times and in each, as Rabbi Jonathan Sacks z”l points out, it “is a sign of existential crisis”. Thus, the shalshelet is first found when Lot hesitates upon hearing that G-d was about to destroy the city, conflicted between knowing the strangers sharing this news are right but torn as he has invested himself in the city to build a future for his family. The second occurrence is when Avraham’s servant, Eliezer, is asked to find a wife for Yitzchak. Third, when Yossef, sold into slavery, finds himself in the home of Potiphar, whose wife attempts to seduce him, though he refuses to betray his master. And lastly, it is found following the sin of the Golden Calf, which Rabbi Sacks proposes reflects the internal conflict that Moshe experiences in realizing that it is Aaron, not he, who will become the high priest. But what is the internal conflict for Eliezer?

Rashi explains that Eliezer had hoped that his daughter would marry Yitzchak, inheriting Avraham’s destiny and wealth. Rav Amnon Bazak reminds us that in the previous parasha, Eliezer was named as the next in line to inherit Avraham’s wealth prior to the birth of his son Yitzchak. A typical story would paint Eliezer as a man filled with resentment, jealousy, envy and anger towards Yitzchak and all that he now stood to lose. Yet, not only is he not resentful, he faithfully takes on the responsibility assigned to him and even expresses joy when he finds a match for his master’s son (Bereshit 24:26-27) and once again, when her family agree to the match (Bereshit 24:52). Clearly, if he succeeded in finding a wife for his master’s son, he would effectively be dashing all his personal aspirations for his own future through his daughter. In fact, he actually slightly stalls before leaving, saying to his master “Perhaps the woman will not follow me?” Which Rashi suggests was a last attempt to give Abraham the opportunity to consider Eliezer’s daughter for his son. Understanding that it was not to be, Eliezer sets this all aside and takes on the mission assigned to him, relying on his wits, creativity and wisdom, he sets off to find Yitzchaks’ bashert putting an end to his hopes and dreams.

In Pirkei Avot we read that “There are three crowns; the crown of priesthood, the crown of kindship and the crown of (Torah) scholarship, but the crown of a good name surpasses them all (4:17)”. How you live your life and how you are remembered, how you make a name for yourself is of utmost importance. Nonetheless, many great individuals seek anonymity. Rav Soloveitchik points out that traditionally, we did not write biographies of great Torah scholars as the details of their lives paled in comparison to the greatness of their teachings and their ability to inspire others.

Eliezer is probably one of the most relatable characters in the Torah. His hopes and dreams were dashed. We could easily have understood had he decided to wallow in self-pity, pawn the task onto another, or even flat-out refuse. Yet, he seems to pull himself up by the bootstraps and forge ahead with his mission, setting aside his personal desires to focus on the task at hand. Though he was held in high esteem in Avraham’s household, Eliezer was a servant who put his own personal desires aside and forged ahead to get the job done. And it is his efforts and determination that brought us Rivkah Imenu.

Inner struggle and conflict are the reality of life and even more so the reality of living life in the way of the Torah. These are real and ever-present, but they do not control our actions. We have the power to choose, to decide what we will do and how we will act. We have the power to take a page from Eliezer’s book and forge ahead, to do the right thing, to embrace the teachings of Avraham Avinu and become emissaries of the word of G-d in our actions and in our deeds.