Parashat Beha’alotcha: Raising those around us 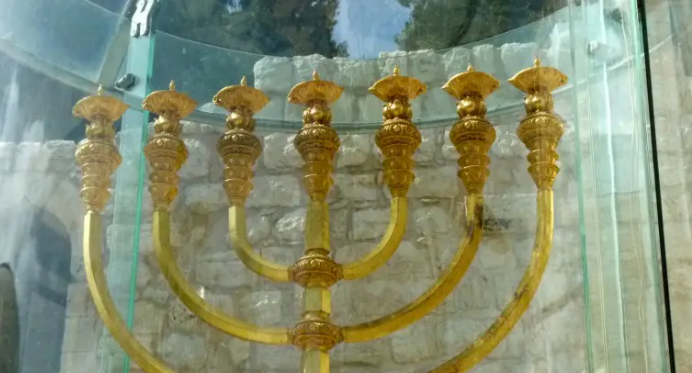 The comforts of modern technology have all but eliminated our need for fire. Fire, in our lives, is mostly relegated to the lighting of candles or summertime campfires. Whatever the source, fire is mesmerizing. One cannot help but be drawn in by the sway of the flame, its flickering light, or the crackling of the kindling as the lights hypnotically dances upwards, how it only glows brighter when it spreads, never diminishing the original flame. Scientists have tried and failed to explain our human fascination with fire. While the necessary ingredients of fuel, oxygen and heat are well understood, the beauty of the flame remains ineffable.

In this week’s parasha, Behaalotcha, Aharon is instructed on how to light the menorah: “Behaalotcha, when you kindle the lamps, seven lights should be made to shine towards the center of the menorah”(Bamidbar 8:2). Although the translation of the word behaalotcha is most often given as “when you kindle”, fitting when lighting the menorah, the literal translation of the word is “when you raise up”. In the literal sense, Rashi clarifies that Aharon was to ascend the steps before the menorah prior to lighting it. Alternatively, Rashi offers that the use of behaalotcha simply meant that Aharon should light the flame of the menorah until it is able to burn on its own, or of its own accord (Shabbat 21a).

King Solomon says that “the soul of man is a candle of G-d” (Proverbs 20:27). We are duty bound to ensure that not only our candles shine brightly, but that we ensure that those around us do as well, though Torah, mitzvot and inspiring others. When Aharon was lighting the menorah, he was igniting the souls of the Jewish people. Aharon was to kindle the fire until it could rise on its own.

Even though there were seven individual branches, the wicks were to be arranged so that the flames would point towards the center and appear as one. Each one of us is like those branches of the menorah, when ignited, have the power to ignite others. Though we are each unique with our own path, we have the power and even the duty to raise those around us, to ignite and inspire them. In so doing, we raise our own flame and burn even brighter. Note that the verse also reads “when he lights the menorah”. Although Aharon must kindle the flames in such a manner that they burn as one, he must also ensure that each individual branch of the menorah also shines. We too must ensure that each spark in every child is kindled to the point that it becomes a bright flame. It is active, not passive, it cannot be left to chance, there must be intentionality

In Pirkei Avot we read, “Be from the students of Aharon, love peace and pursue peace , love the creations and bring them closer to Torah” (1:12) Aharon brought others closer to Torah not by diluting it and waiting for them to come to him, he did it by igniting a spark within them, by inspiring them and bringing them closer.

Inspiration is not didactic. It occurs through modeling. “Until the flame rises of its own accord” teaches that a true mentor, parent or educator, should light the spark of a child and kindle it until they are able to shine, on their own, without our help. And how does one do so? Rabbi Naftali Reich addresses the difference in Rashi’s two explanations for the word. For Aharon to be able to kindle the flames, he himself must “physically ascend”. We must avoid creating cognitive dissonance for our children, telling them what they should do but modeling anything but. As Rabbi Yissochar Frand reminds us in his commentary to this parasha, derech eretz kadma leTorah, “Derech Eretz precedes Torah”. To ignite that spark in our children, we ourselves must be role models in their lives; we must rise up ourselves for our children’s flames to glow bright.

This beautiful and rich beginning to parasha Behaalotcha falls this year as we enter the season of celebration in the school calendar. As we are poised to share in the simchas of Bat Mitzvah and the graduations of our elementary and high school seniors, we are poised to take in the beauty of the sparks and the flames that lie within our beautiful children. May the sparks we have kindled in each of these souls ignite and beautify the flame of Klal Israel.