Parashat Bamidbar – The value of each and every soul 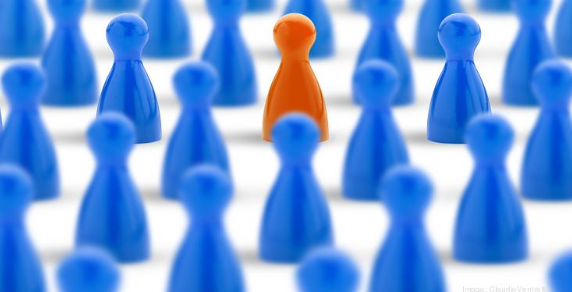 When young children are learning their numbers, they take great delight in counting everything in sight. “Mommy, look two cherries!” or “Wow, this truck has ten wheels”. As they get older, they take great delight in counting up their collections (their coins, their baseball cards, their stickers, their Beyblades,…). They quickly learn that the bigger the number the better, the more important, the more impressive. But when it comes to counting people, we learn, with age, that this is not always all it is cracked up to be. The larger the crowd, the more the risk that they lose their individuality. History is rife with such cautionary tales. Studies on crowd or mob mentality show how behaviour can regress when the number of people grows. Think of the crush during Black Friday sales that often make the news, stadium stampedes, or the riots following a win at a sporting event. It is as though the crowd takes the large number as permission to act in a manner that they never would have considered had they been on their own. And let us not forget the complete loss of individuality that occurs when people become nothing but numbers. The incredible loss of six million Jewish lives during the Shoah, individuals with a story, a life, a family, cut out of this world and reduced to an unfathomable number. Our relationship with numbers is a complex one, especially when related to people, and it is with this idea that we are greeted with the opening lines of Sefer Bamidbar.

Parashat Bamidbar begins with Hashem instructing Moshe to conduct a survey of the Jewish people, a census. Interestingly, Hashem instructs Moshe not to count the individuals, but rather to count the half shekels collected from each individual. Thus, Moshe was to count the coins and not the people (Bamidbar 1:1-2). This is not first instance of a census of Bnei Israel. A similar instruction is given in Shemot (30:11-13) after they left Egypt. Here, Hashem adds that when the people are counted in this manner, “there will be no plague among them when they are counted”. In fact, when King Shaul wanted to know the number of soldiers in his regiment, he had them each bring a kid goat. Conversely, King David counted the people in the kingdom the conventional way, causing a plague to descend on the people. 70 000 people died as a result of Hashem’s anger.

Counting of Jews is forbidden. According to the prophet Hosea (2:1), “the number of children in Israel shall be as the sand of the sea, which shall neither be measured not counted”. Rabbi Bachya ben Asher explained that we do not count separate individuals because it could bring judgement upon them. On his own, one might not pass muster, but as we have seen over and over, each individual is an integral part of the whole and essential to the completeness of Klal Israel. The individual’s worth is found in his role as being part of the whole. Nachmanides is more direct, stating that counting Jews without a purpose is forbidden, even if done indirectly. And yet, the book of Bamidbar, dubbed by Chazal Chumash Ha-Pekudim, the Book of Counting, begins with a census of the Jewish people. What’s more, it appears to be chronologically out of place. The census is supposed to have occurred a month after the subsequent events of the chapter. Nonetheless, it is brought to the forefront and repeated further on.

According to Rashi, when G-d counts the Jewish people, it is an act of love. Because he loves Bnei Israel, he counts them often. However, Rabbi Lord Jonathan Sachs explains that it is not in the manner that one would count their coins to know the total or the grains of sand in a pail by approximation. The words used for the counting in Bamidbar are: se’u et rosh, which translates to Lift the Head.

Hashem is telling Moshe that each individual must feel significant. Each individual is important and has a contribution to make, they matter as individuals. In fact, as Jews, we have a blessing to recite upon seeing a gathering of 600 000 Jews : Blessed are you our G-d who discerns secrets. The Rambam suggests that each and every one of us has the potential to change the world. Hashem is actually instructing Moshe on how to be a better leader. A leader was not to be someone who swayed the masses with smooth words and charismatic speech—history is filled with examples of this type of leader, and we have seen how well that worked out. No, a true leader is one who understands and knows the individual people he or she leads and respects them all.

Hashem is asking for a count of the Jewish people in appreciation of the inherent value of each and every soul, in appreciation of the unique gifts of every individual member. As Rabbi Soleveitchik z”l once said: “It is important for us to know how many members we have in our communities….but at the same time, we shall never forget the importance of the ingredients making up the nation”. The total number of Bnei Israel when the census was taken, the over 600 thousand individuals that made up the camp, were a community made up of individuals. Hashem is telling us that it is not about conformity where we are all meant to be alike, but about harmony, about appreciating the contribution of each and every member of the people that make up Klal Israel.