Parashat Bamidbar: Creating or own midbar 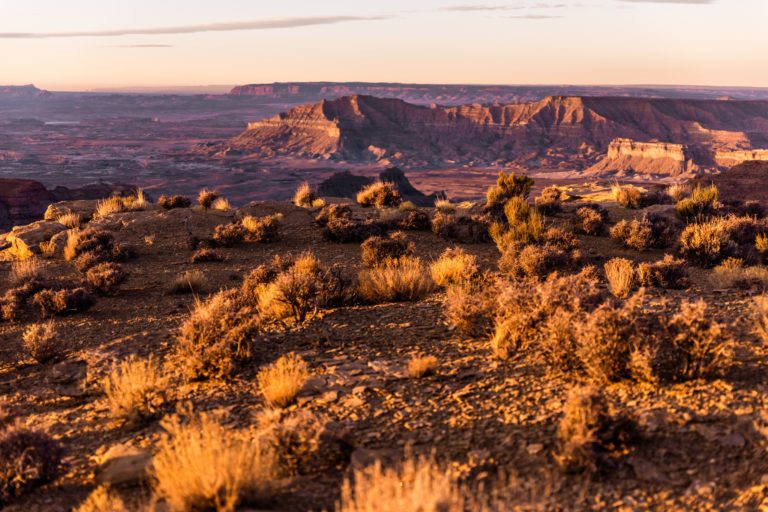 None would argue that the past fifteen months have been an incredible trial, a rollercoaster of highs and lows with barely a moment to catch our breaths, with the most recent “low” being the surge of violence in Israel. This has been and continues to be a time of intense emotion, heartache, and anxiety, mostly due to our lack of control over the world around us. Our lives have been turned on their ears and our foundation, shaken to the core. And so, we turn to prayer, we turn to G-d and to our faith to deliver us from these trials, just as our ancestors did over 3000 years ago.

This week we begin the fourth book of the Torah, Sefer Bamidbar. Parashat Bamidbar is usually read on the Shabbat before Shavuot, which celebrates Matan Torah. Our sages have often pondered the choice of the desert for this momentous occasion in the history of our people. Would not a location such as Gan Eden have been a more fitting backdrop? Why not a place of unparalleled beauty rather than a desolate wilderness, a void? Yet, it is precisely in this “in between” space, as the people transition from being slaves in Egypt to entering the land of Israel as a free people that G-d chooses to give the precious gift of the Torah to His chosen people.

The Sfat Emet offers that the word Bamidbar shares the same shoresh, root, daled-beit-reish (d-b-r), with the word daber, meaning “to speak” but also with the verb meaning “to be lead”. In giving over their trust to G-d in the desert, the people are allowing Him to lead them. Thus, G-d leads them out of Egypt where they were slaves to freedom, a journey that they take through the desert. It is there, having left all that they had known in Egypt, and heading to an unknown land, that the people were most vulnerable and therefore more open to new ideas.

Interestingly, G-d’s benevolence to man is highlighted in the Torah not in reference to Gan Eden, but in reference to their time in the desert. As it is written: “Who led you through that great and terrible wilderness, where were venomous serpents, and scorpions, and drought, where there was no water, who brought you water out of the rock of flint. Who fed you in the wilderness with manna, which our fathers knew not, that He might humble you and that he might test you, to do you good in the end.” (Devarim 8:15-17).

In truth, G-d was more present to man in the desert than he ever was in Gan Eden. From the Clouds of Glory that protected them from the elements, to the manna that sustained them, the Divine presence was there, right along with them, every step of the way. The Sfat Emet continues to say that perhaps the desert was chosen as the location for which to give the Torah to the people specifically because it is a void, with no hindrance to the words of Torah, no distractions, no egos, only our humility and our faith. It is in the desert that we can truly understand the precariousness of life, the fleeting meaning of wealth and success. It is there that ego must be cast aside, where all that remains is to put one’s faith in G-d.

Rabbi Dr. Tzvi Hersch Weinreb points out that although the desert is a desolate wilderness, even a wasteland, the Bnei Israel still “made order out of chaos”. The people moved through this wilderness in an organized manner, twelve tribes each carrying a banner, with a specific place in the procession. They dealt with all the trials and tribulations they encountered along the way and established an ordered society. He reminds us of the words of the sages Derekh eretz kadma la Torah, “the way of the world precedes Torah” (Vayikra Rabbah 9:3).

And so, after a long and harrowing journey, the moment arrives. Bnei Israel gather at the foot of the Sinai mountain, and G-d addresses them directly for the first time. The Torah describes the incredible display: “All the people saw the thunder and lightning, the blare of the horn, and the mountain smoking and when the people saw it, they fell back and stood at a distance. ‘You speak to us’ they said to Moshe, ‘and we will obey; but let not G-d speak to us, lest we die.’”(Shemot 20:14-15).

While there are many interpretations as to what the people heard and saw, it has also been suggested that what the people actually encountered was deafening silence. Thus, “said Rabbi Abbahu in the name of Rabbi Yochanan: When the Holy One gave the Torah, no bird screeched, no fowl flew, no ox mooed, none of the ophanim (angels) flapped a wing, nor did the seraphim (burning celestial beings) chant. (….) The sea did not roar, and none of the creatures uttered a sound. Throughout the entire world there was only a deafening silence as the Divine Voice went forth speaking: Anochi….” (Midrash Exodus Rabbah).

Rabbi Jonathan Sacks, z’l, suggests that the desert was chosen as the location because it is a place of silence. It is a space absent of noise, of distraction. Clearly, he acknowledges, the Torah was given amidst thunder and fire and the sound of shofar, but in a similar scenario, when the prophet Elijah stood on the same mountain after his confrontation with the prophets of Baal, he did not encounter G-d in “the whirlwind or the fire or the earthquake, but in the kol demamah dakah, the still small voice, literally ‘the sound of a slender silence’. I define this as the sound you can only hear if you are listening”.

There could be no more fitting parasha this Shabbat than Bamidbar, for us to recall our ancestors’ journey through the wilderness, the difficulties they lived through and the challenges they faced, and to take the time to recreate our own midbar. Amidst the chaos in the world, we are reminded to quiet ourselves, to create space for humility and kindness and to recognize that we are not in control. There is a higher power in which we must place our faith and to whom we must open our hearts.

May Hashem hear our prayers and restore peace in our lives and around the world.