Parashat Acharei Mot-Kedoshim: The many forms of “stumbling blocks” 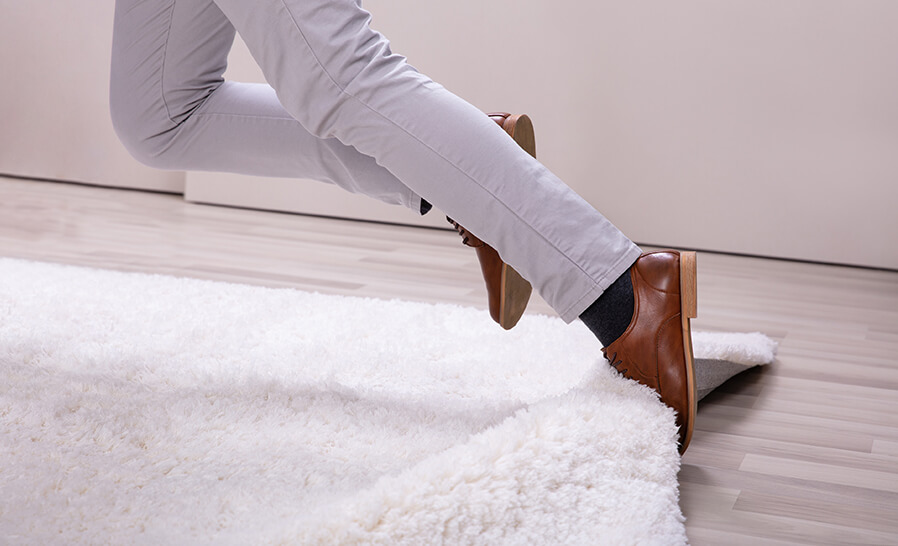 When my children were very young, as most young mothers, I did everything I could to protect them: bumpers on coffee table corners, gates on the stairs and locks on the cabinets. There were no limits to the measures I would take to keep them safe. They were little and unaware of the dangers that surrounded them. This of course was not limited to my own children. Few of us would think twice about grabbing a toddler who is running for a stair case to prevent him from taking a plunge, regardless of whether the child is ours or not. We inherently understand the vulnerability brought on by their lack of awareness, by their blindness to the dangers that surround them and we take measures to protect them from harm. Would that we continued to look after one another passed the early stage of life.

This week we read the double parasha Acharei Mot and Kedoshim. Parashat Kedoshim begins with G-d stating: “You shall be holy, for I, the Lord your G d, am holy.”(Vayikra 19:1) and then proceeds to enumerate the mitzvot through which one becomes holy. Among these laws is an interesting one which instructs: “You shall not [….] place a stumbling block before the blind; you shall fear your G-d-I am your Lord” (Vayikra 19:14). Clearly, putting an obstacle before a blind person may cause him to trip, and thus, you must be sure to lead him properly. Many sages have paused at this law and asked themselves why it is necessary to specifically indicate that placing a stumbling block before a blind person is a sin? Why specifically in front of a blind person, lifnei iver? Is it not a sin to do so to anyone, blind or not? Furthermore, there are plenty of laws that would cover causing harm to another. Why specifically articulate this behavior?

Even Rashi, who usually limits his interpretations to the literal, deviates in his interpretation of this verse. According to Rashi, the “blind” person is one who is seeking advice, who is “blind” as to which path to follow. He explains that the verse actually means not to provide a person with self-serving advice. It is generally accepted that here, “blind” is used in the metaphorical sense to represent the unsuspecting person who may be ignorant or morally blind. According to Midrash, the prohibition is in fact related to giving bad advice, citing as an example: “One should not advise another party that it is in his interest to sell his field in order to buy a donkey, when his true intention is to buy the field for himself” (Midrash Sifra).

Others have suggested that the prohibition extends further, prohibiting one from leading others to sin by placing temptation before them. This includes providing someone with prohibited food (Pesachim 22b), selling someone items that could be used for idolatry (Nedarim 62b), even inciting anger that could cause one to retaliate and thus potentially sin (Moed Kattan 17a). In Talmudic times, it even extended to include selling a person a vicious animal. If said animal were to cause harm to the public, the owner would be accountable and thus the vendor of said animal would have caused him to sin (Chullin 7b). The “stumbling blocks” can take on many forms including structural, societal, attitudinal and economic, and have become so deeply woven into today’s society that we are no longer even conscious of them.

One very interesting take on this verse shared by noted scholar Nechama Leibowitz z”l is that sometimes, doing nothing, staying passive and keeping quiet when wrongs are being committed can also be tantamount to “placing a stumbling block” (Leibowitz 1983). By remaining passive and not speaking up, you become complicit for any harm that may come to the person or people involved. Why then is it so easy for us to do so?

From workplace to world events, the code of silence that prevails, the sentiment that it is “not our problem”, or “not our business” or “not our issue” makes space for thievery, physical harm, abuse and hate. We have seen the effects of silence in our own history. This silence “strengthens the hand of the sinners” (Midrash HaGadol). When a workplace culture condones abuse, when bystanders remain silent in the face of bullies, when society accepts racism and bigotry, When those who disagree fail to challenge the distorted worldview of corrupt leaders, we consciously allow for harm to come to others. As one journalist wrote: “silence is more dangerous than any idea”. Silence implies consent; silence consciously allows harm to come to others. Thus the second half of the passuk: “You shall fear your G-d-I am your Lord” (Vayikra 19:14)”. As we are cautioned in Sifrei Chachamim, even though others may not be aware of your thoughts or intent, G-d certainly is, and from Him, one cannot hide.