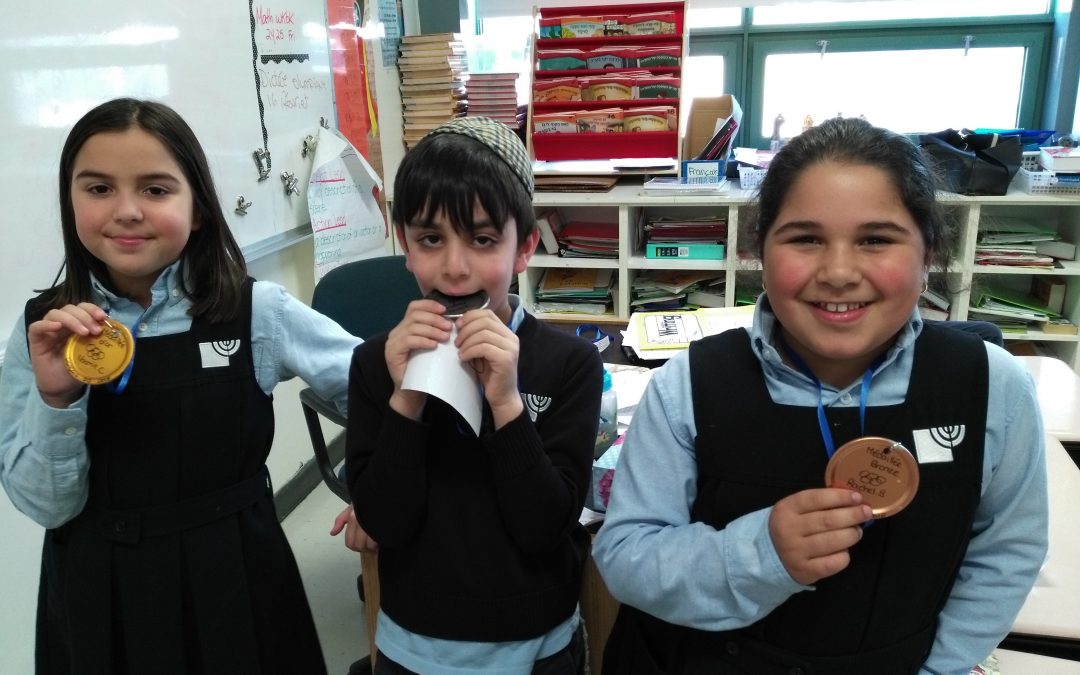 Elementary students competed in the first ever Library Olympics this week, hosted by Norma Newman, Zehava Cohn, Lydia Long, and McGill Practicum student Elise Polkinghorne. There were three events that tested their endurance, training, and Olympic spirit: Alphabetic Shelving; Lego Luge; and Book Scavenger Hunt. Gold-medal winners in each class held their winning medals (uh…lollipops) with HA pride and a great time was had by all.

Meanwhile,  Madame Davinia Choukroun’s  3B students divided into different countries and played the coolest game all about Olympic sports, while wearing their team badges!  The class wrapped up their competitions with a special medal ceremony. The boys and girls were thrilled to get their awards. Félicitations à tous les médaillés!