Oh, what a night! 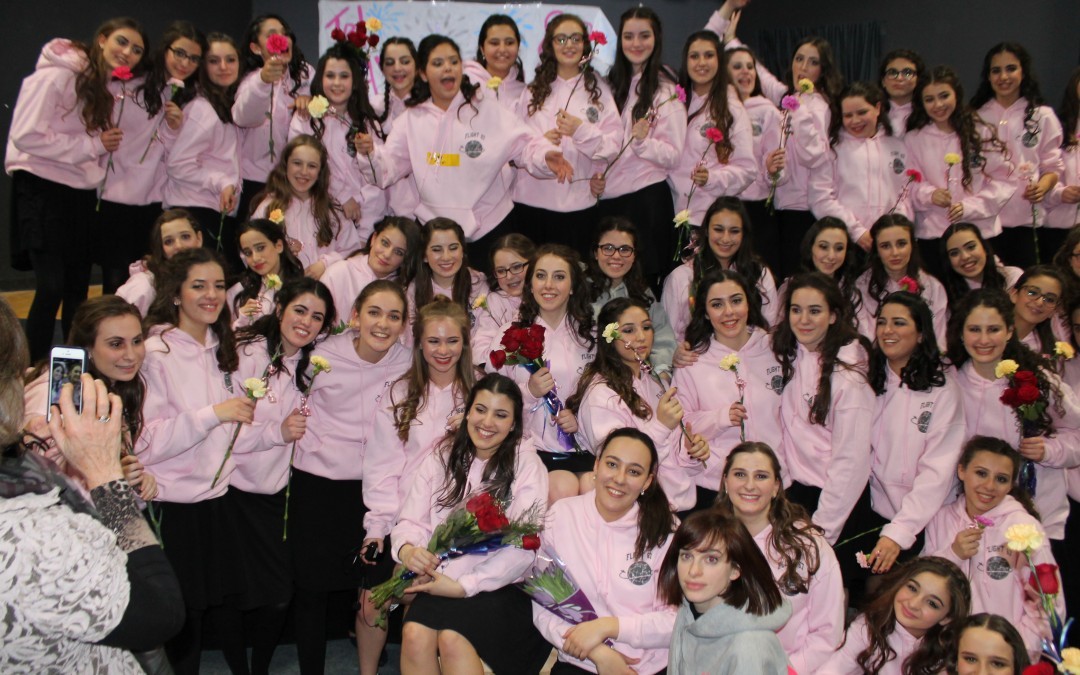 It was a performance everyone anticipated, but no one could have predicted.  Hebrew Academy High School Girls have put on an annual production for the past number of years and this year was no exception. What was exceptional, however, was last night’s presentation of Flight 67, a tribute to the State of Israel and all that the land and its people have to offer.

In a true testament to their creativity, talent, unity and force as a team, the cast – comprising students in Grades 7 through 11 – showcased their best in the areas of singing, choreography and costume design.   Under the guidance of Drama Teacher Tia Ayrton, the girls wowed a jam-packed audience with interpretive dances, magical outfits, dynamic music – including a trilingual choir – and a fabulous script that had people laughing out loud in many instances.

The first-class 2.5-hour production took spectators on a tour of Israel through the eyes of two tourists – brilliantly played by Eliana Rohr and Elisheva Eisenberg, who also penned the script. Stops on their tour included a farm, soccer stadium, Bedouin tent, the Shuk, an army base, Tel Aviv and the Kotel. Israel’s contributions to technology were also celebrated.

Portions of the evening’s proceeds will be donated to Israel’s Lone Soldier Project, “an amazing organization that raises money for the lone soldiers in the IDF,” said Co-Producer Danielle Levi.

“Every year, young men and women from around the world serve in the Israeli army, far away from their families and communities as a demonstration of their connection to the land of Israel,” said Levi. “One of the projects this organization runs is called ‘Day Off: A gift for a lone soldier’ [which enables them] to take a day off and explore the amazing landscape of Israel. Our soldiers have dedicated their lives to the IDF and although we cannot help them directly, we wanted to show our support and our gratitude to them.”

Thank you to the following individuals for their invaluable support: