November is a time to remember at Hebrew Academy 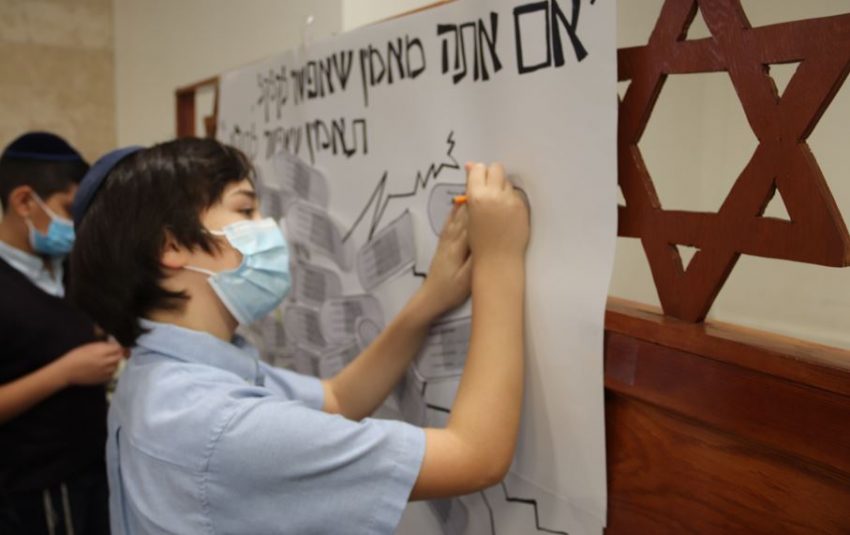 Grades 5 and 6 commemorated Kristallnacht on November 10 with meaningful assemblies. School Rabbi Rabbi Eddie Shostak spoke about the day’s significance and showed a brief film, and High School Judaic Studies teacher Dror Yechieli recounted a fascinating story about his relatives who rescued Jewish artefacts from a burning shul and brought them to Israel. Bnot sherut Shaked Azulay and Shira Kolodny then encouraged the students to brainstorm areas that could be improved – in themselves, the community and at HA. The activity centered on Rabbi Nachman’s saying: “If you believe that it’s possible to destroy, believe that it’s possible to repair.”