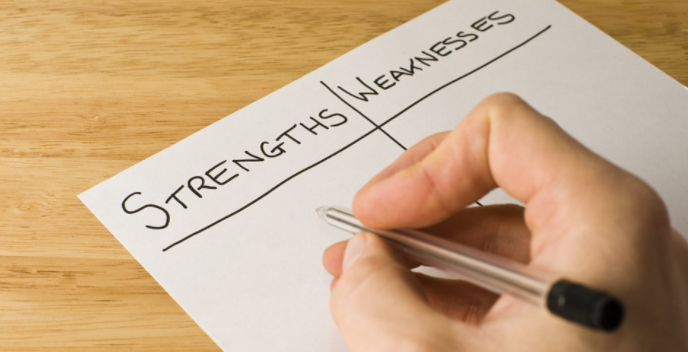 Literature, old and new, is filled with fables and tales expounding on the merits and the virtue of humility. But no other personality ever embodied that virtue more than Moshe Rabbeinu himself. Despite all that he accomplished, he never saw himself as great, as a gadol. Yet, Moshe Rabbeinu also knew exactly who he was, and that is an incredible gift.

Parashat Shemini begins with the inauguration of the mishkan. After seven days of preparation, everything is set and ready to go; excitement is brewing when tragedy strikes.”Aharaon’s sons Nadav and Avihu (…) offered unauthorized fire before the Lord, which Hashem had not instructed them. Fire came out from the presence of the Lord and consumed them, and they died before the Lord.” (Vayikra 10:1-2)

Following the death of his sons, Aharon goes silent, vayidom Aharon (Vayikra 10:3), and appears reluctant to approach the mishkan. Moshe tells him: “Of this did Hashem speak saying ‘I will be sanctified through those who are close to Me and I will be honored before the entire people” (Vayikra 10:3). Strange words of comfort for one’s brother!

Rashi focuses on the word My honor which is used in a similar manner in sefer Shemot (29:43). The word bkvodi, through My honor, should be vocalized to bkvoday, through those who honor Me. The Talmud offers that what Moshe is saying is that he knew that the mishkan would be sanctified through the death of someone close to G-d, but he thought it would be Aharon or himself. “I now see that they (Nadav and Avihu) were greater than either of us”.

There is much literature on the reasons for which Hashem took the lives of Aharon’s sons in a fire, but what is interesting here is Moshe’s thought process. Is he really saying he thought that he or Aharon were the holiest ones present? As Rabbi Y. Frand asks: “That is Moshe Rabbeinu talking- the most humble of men……[saying that] he (or his brother) were the holiest persons in the entire congregation?”. From this he concludes that “A person who denies his own identity and talents is not humble. He is deceiving himself. An ‘anav’, a humble person, can know precisely who he is.(….) The key to humility is to remember that whatever a person has and is, is a gift from Heaven” (R. Frand, 2003).

Pirke Avot teach us to “be very, very humble” (Ch4), but humility has limits. To truly serve Hashem, we must recognize our own worth and importance (R. Shlomo Wolbe z”l). It is not humility to deny the gifts that Hashem has bestowed upon us, the talents and the abilities that are uniquely ours and give us our place of importance in Klal Israel.

Rashi further explains that Moshe is telling Aharon, “Do not be ashamed. This is what you have been chosen to do.”

Among the different interpretations for the reason behind the death of Aharon’s sons is the thought that they took initiative in bringing an offering not commanded by Hashem. Rabbi Sacks z’l explains that although Moshe had taken initiative and acted independently of Hashem’s commands in several instances, Moshe was a Navi, a prophet. As priests, Nadav and Avihu were to follow a set of rules, a “script” set out by Hashem, not man. They were pretending to be something they were not. But Moshe is insisting that Aharon assume his proper place. In Aharon’s case, this supposed humility is more akin to false modesty.

We are duty-bound, as children of Hashem, to reach, to explore, to learn and to grow, to strive to reach the potential that He has placed within us. But it is also just as important to know what and who we are not. So where is the line? How do we figure this one out? Rabbi Sacks z’l (2014) offers the following advice: “We can do great things if (a) the task matters more than the person, (b) we are willing to do our best without thinking ourselves superior to others, and (c) we are willing to take advice.”

Denying who we are, ignoring our gifts, under the guise of humility is denying the role Hashem plays in our lives. There are times when we need to step up, when we can make a difference and it is your duty to recognize that “it was for this that you were chosen” (Moshe Rabbeinu).