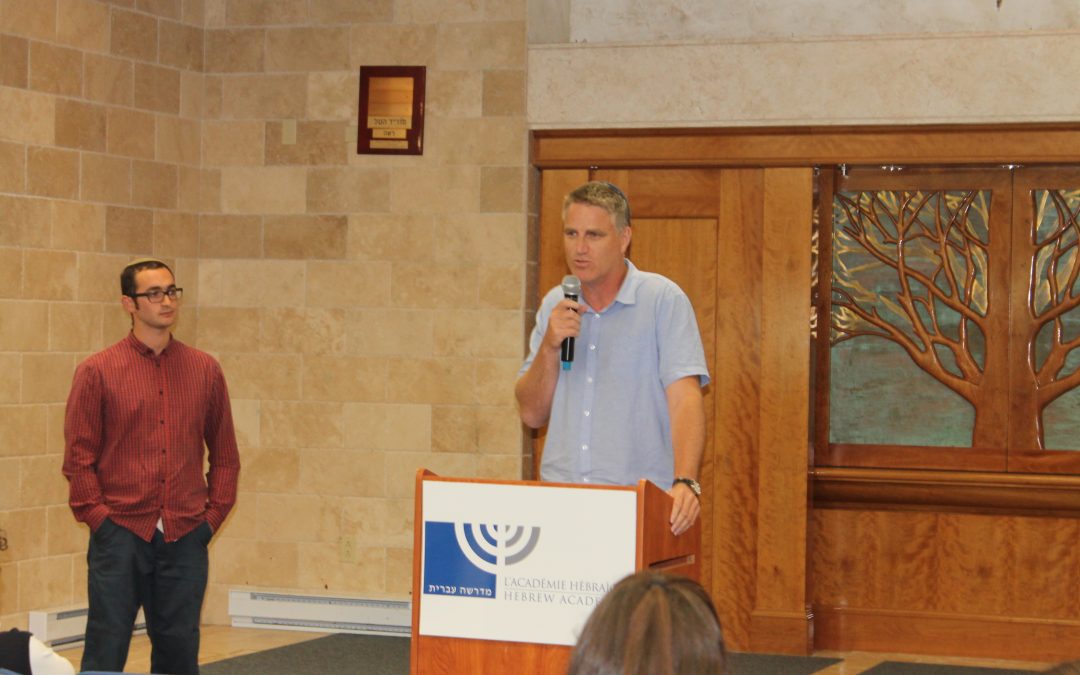 Only one week into the new school year, Grade 10 and 11 students were privileged to meet three former members of the IDF who are in Montreal on a two-week visit as representatives of Beit Halochem. The Israel-based non-profit organization assists over 51,000 Israeli army veterans and victims of terror with injuries or disabilities to rebuild their lives through rehabilitative programming and other support.  Accompanied by Montreal volunteers Dado Ben-Brith and Estie Kleinfeld, veterans Hadas Rothschild of Ramat Gan, Zvi Yanko of Petach Tikva (pictured above) and David Zanzalashvily of Nahariya recounted how they were wounded while serving in the IDF and praised Beit Halochem for its role in helping them to overcome their injuries and move on with their lives.

“If you are injured while in Tzahal, you can still be active and continue to enjoy life thanks to the support of Beit Halochem and the Israeli government,” said Zanzalashvily, who suffered a serious head injury while working as an Israel Air Force mechanic. The father of four also underscored his profound religious faith and encouraged students to be proud of their Jewish and religious identities.

“As Israelis, we have a certain Chutzpah. We’re not afraid of anything. We’re not afraid of challenges because we have Emunah. We believe that Hashem is watching over us and taking care of us. You are the next generation and it’s up to you to be proud of who you are and of your Yahadut. Am Yisrael Chai!”