In this game, everyone’s a winner 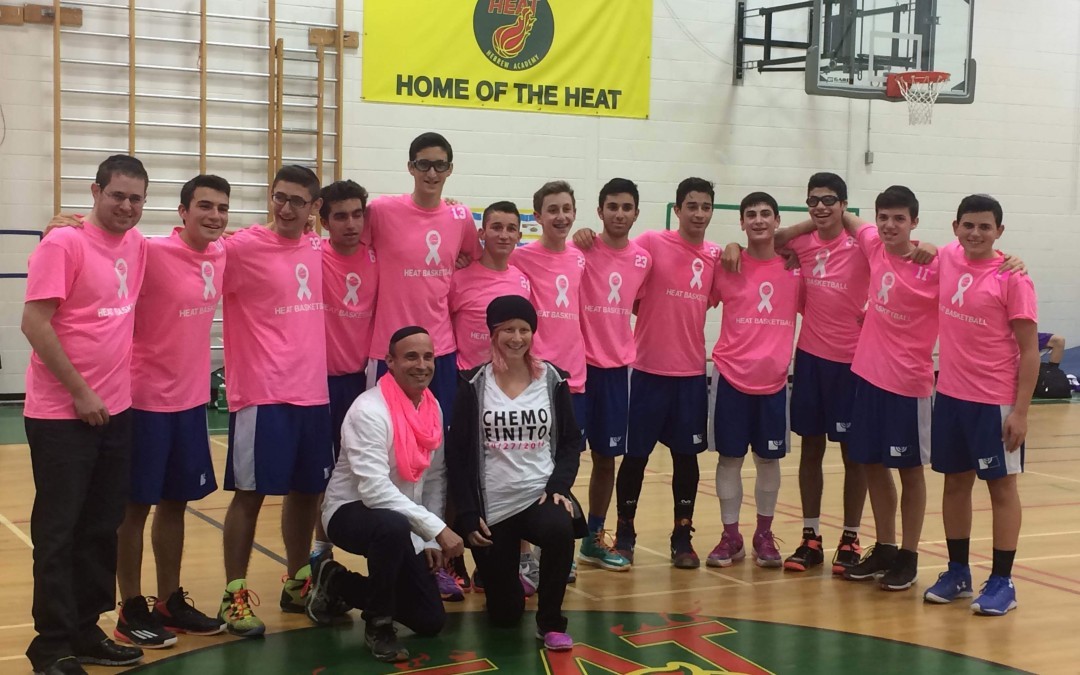 Hebrew Academy’s Juvenile basketball team recently kicked off the new GMAA season with a 51-47 victory over Westmount High. While the win was pretty typical for our boys, their uniforms were anything but – rather than sporting their usual royal blue and white shorts and shirts, players marked Breast Cancer Awareness Month by donning pink jerseys in support of all brave women living with breast cancer.

“I wanted to show support to a close, dear friend and parent in our school who is fighting breast cancer, as well as other women in Hebrew Academy battling this cancer,” said HA Heat Juvenile Coach Dr. Morrie Levy who initiated the event, which raised funds for breast cancer awareness.

“They hopefully know that they are not alone and that we are there for them. As I always tell my players, ‘giving up in not an option.’”

Hebrew Academy students and staff also wore pink shirts and accessories and contributed to the team’s fundraising efforts, a portion of which will be donated to cancer research.

Perhaps the most special part of the game was an appearance by Hebrew Academy parent Adina Moss, who was celebrating her final round of chemotherapy that very day. Adina summed up her feelings of their gesture in a Facebook post that night: “What an amazing community when even the high school basketball team shows their support.”

For Levy, the values the players took home that day – and every day, for that matter – meant more than the scores they came away with. “As HA’s basketball coach, I always try to teach these boys both on and off the court. The players are role models to their peers and ambassadors for our school. The importance of social responsibility, communal leadership, and making a difference is often more important than our success on the basketball court.”