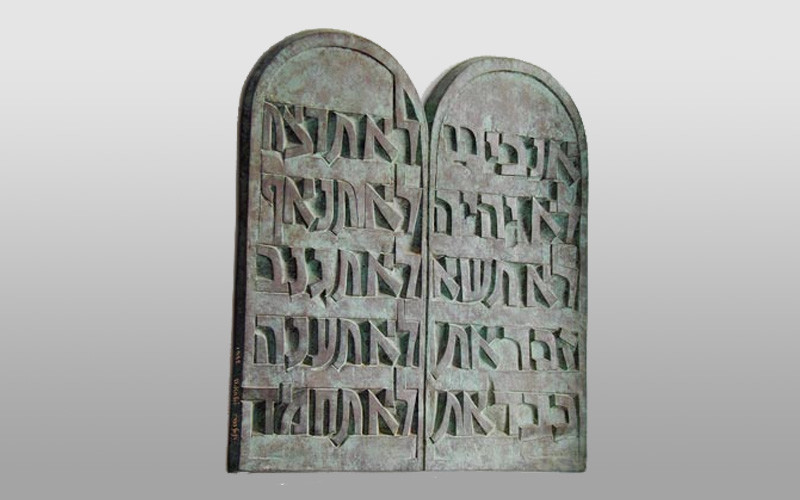 Chaim Lieberman, Z”L, a great Yiddish writer, once wrote, “There are many different nations in the world. There are nations that have no ideals, and there are nations that do have ideals. We are an ideal that has had a nation. This is how the Jews have always understood their destiny. The Torah existed before the Jews, and chose us.”

One of our alumni, Michael Edery, defined this concept. When a nation has an ideal, the ideal is its product, and the product can be altered according to the needs or wants of its creators. But when an ideal has a nation, the nation becomes the product, and it cannot deviate from the ideal which created it.

This is perhaps why the Commandments were engraved through the Luchot, from one side to the other. G-d was saying, “These are not mere words engraved upon stone, which can erode or be altered. These words perforate, penetrate, permeate and are the essence of the Luchot, and the essence of you, the Jewish People, as well.

This may explain the conversation between Moshe Rabbeinu and his father-in-law, Yitro, in this week’s Parsha. Yitro saw Moshe sitting and judging a long line of petitioners, from morning to night.

He suggested, that with G-d’s permission, Moshe could delegate some of his judicial responsibilities to others. Hashem agreed and a hierarchical system of judges was created.

Perhaps Moshe felt that since he had received the Torah first-hand from Hashem, no one would be able to interpret and apply its laws as well as he could. To which Yitro replied, that obeying Hashem’s will, is not about people and their interpretations. It is about G-d-fearing, sincere, and honest people, endeavouring to align with Hashem and with Hashem’s ideas. Therefore Hashem has given the Torah to us, not to bend, modify or to distort, but to apply with intellectual honesty and commit to do Hashem’s will.

This task is therefore not exclusive to Moshe, but incumbent upon every Judge, Rabbi and Jew.

We are the messengers of the ideal, and must be faithful to our mission.