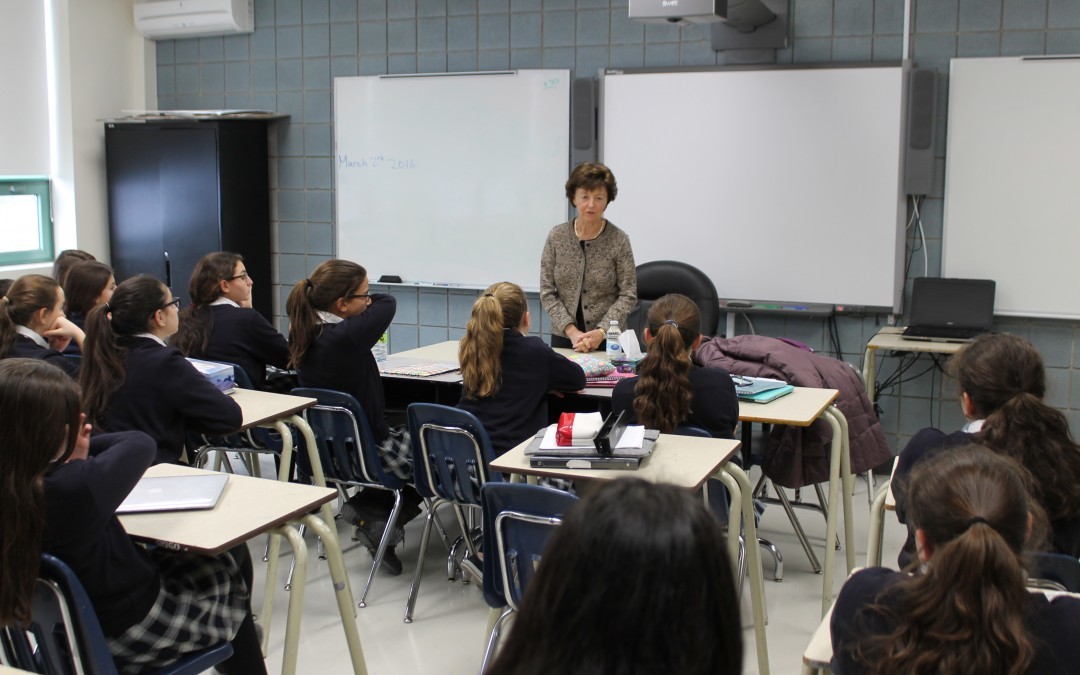 Grade 7 Girls were honored to welcome a special guest speaker in yesterday’s Ethics and Religious Culture (ERC) class. Sylvia Goodman, grandmother of student Nediva Aspler, gave an enlightening and informative talk about her experiences during the Holocaust as a “hidden child” in Belgium.  Mrs. Goodman’s parents made the difficult decision to temporarily hide their child with a family that pretend she was their grandchild.  Sylvia was just under three years old when she went to live with this kind family and remained with them until after the war. She shared many personal, miraculous stories of how she was saved during the Holocaust.  Soon after she moved in with them, her own parents were deported to the Maline/Mechelen transit camp.  Luckily, the camp was liberated just before her parents were due to be sent to Auschwitz and they survived the war. Ultimately the family was reunited and later immigrated to Canada. Her message to the students was, “Do not be a bystander. Whether you see bullying, prejudice or racism, do not stand by and let evil happen.”

The students were truly inspired and impacted by Mrs. Goodman’s experiences and I am sure her message will influence them in the future.  Thank you to Sylvia Goodman and the Aspler family for arranging this important event.