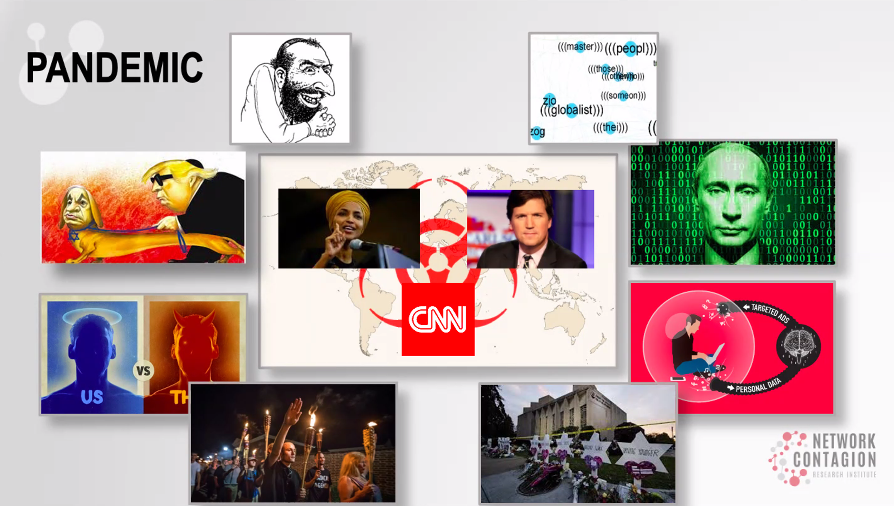 “Media Literacy ‘is the ability to identify different types of media and understand the messages they’re sending’, from traditional media, like newspapers and tv, to the media of today, which includes social media, memes, and viral videos,” said Head Librarian Zehava Cohn, who organized the event with librarian Andrea Whaba. “We graduate students to whom we’ve taught the fundamentals of Torah, math, science, history, and languages, but we also teach our students how to navigate the world in which they live. Media Literacy is an important–I would say, crucial–aspect of this knowledge acquisition because our students are involved in, interacting with, and will inevitably work in a media-literate world.”

Over the course of the week, all grades heard from Mount Royal Liberal MP Anthony Housefather, Hugo Roderigues, managing editor of Standard-Freeholder and representative of the Canadian Association of Journalists (CAJ), Sam Lightstone, IBM chief technology officer for AI, and Joel Finkelstein, director and co-founder of The Network Contagion Research Institute (NCRI), an organization that tracks, exposes and combats misinformation and hate across social media.

“We selected speakers who are experts in their field,” said Ms. Wahba. “A politician, a newspaper editor, a leading authority on AI, and a scientist who tracks online hate and reports to the highest levels of the US government –who would be able to address Media Literacy in relation to their own work and provide concrete steps for students to take to identify and address the misinformation and disinformation in the media they consume. Because media can be presented in so many different ways, from news reports with flashy headlines, to shocking images on social media posts, and trendy-looking graphs, it was important to select speakers who could discuss Media Literacy from all of these perspectives.”

Among a range of topics, the presenters discussed fake news and deepfakes, disinformation versus misinformation, conspiracy theories on social media, online hate and anti-Semitism, AI’s role in manipulating users’ online experience and spreading misinformation, and the Canadian government’s efforts to combat the “infodemic” via institutional oversight.

“I liked learning how one small aspect of misinformation can lead to horrible conspiracy theories that aren’t true and can lead to vicious violence,” said Grade 8’s Josh Ouaknine. I found it interesting how groups organize horrible riots online, like the (US Capitol) January 6 riots. I really enjoyed the Media Literature presentations because they taught me a lot about fake news and misinformation and their consequences.”

The program was particularly relevant to Grade 11 Contemporary World students who are currently writing research papers.
“Some students are researching links between foreign state actors’ interference and manipulation in sovereign states, others are examining the dangers of misinformation, disinformation and fake news on democratic institutions and a few are examining the role of shared narratives and truth as it relates to policy decisions,” said teacher Jackie Douek. “This lectures series was timely, informative and important.”

Kol hakavod and thank you to Mrs. Cohn and Ms. Wahba for spearheading this fabulous initiative!