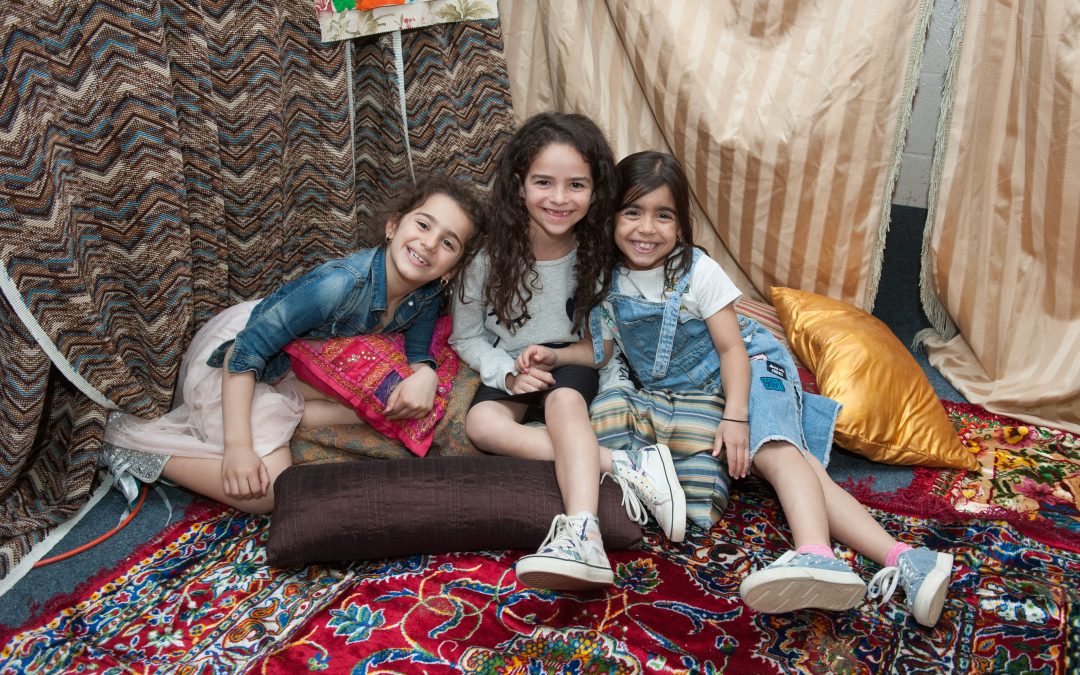 Months of research, hard work and preparation on the part of Elementary students and faculty culminated in an incredible school-wide exhibit on Tuesday night, celebrating Israel’s 70th birthday and Hebrew Academy’s 50th anniversary.

Students in Kindergarten through Grade 6 presented a variety of trilingual projects reflecting Israel’s accomplishments over seven decades in the face of political, geographic, and climatic challenges.

The exhibit “highlighted, with pride, all of the country’s achievements since Herzl proclaimed, ‘If you will it, it is not a dream”, said Elementary Director of French Studies and Academics Dr. Miriam Schrager, who organized the show alongside Director of English Studies and Technology Integration Elyse Haber, Director of Judaic Studies Jordana Levy and Kindergarten Teacher Ilana Krief.

“We featured the realization of a dream,” said Dr. Schrager. “The exhibit displayed different ecosystems like Eilat’s and the desert, and the flora and fauna in these environments. We also recreated a kibbutz and described the daily life of early settlers.”

Visitors also gained an appreciation for the various Jewish cultural groups that made Aliyah and helped build the Jewish State. Guests explored Israeli inventions, biographies of influential figures in Israel’s history and the development of non-profit organizations.

“The critical role of the IDF took a central place in our exhibition, and of course the City of Jerusalem was showcased through visual arts,” said Schrager. “At the information booth, visitors had the chance to leaf through pamphlets describing popular Israeli landmarks.”

The evening’s highlights included a fascinating display of 29 posters describing the various waves of Israeli migration from Israel’s Beit Hatfutsot Museum of the Jewish People called “Celebrating Israel: Snapshots of the People Behind a Young State.”

As part of Hebrew Academy’s 50th anniversary celebrations, 100 Elementary students participated in a drawing contest in which they illustrated “what HA at 50 means to me”. The winning drawing was featured on souvenir gifts that were  distributed to all families in attendance.