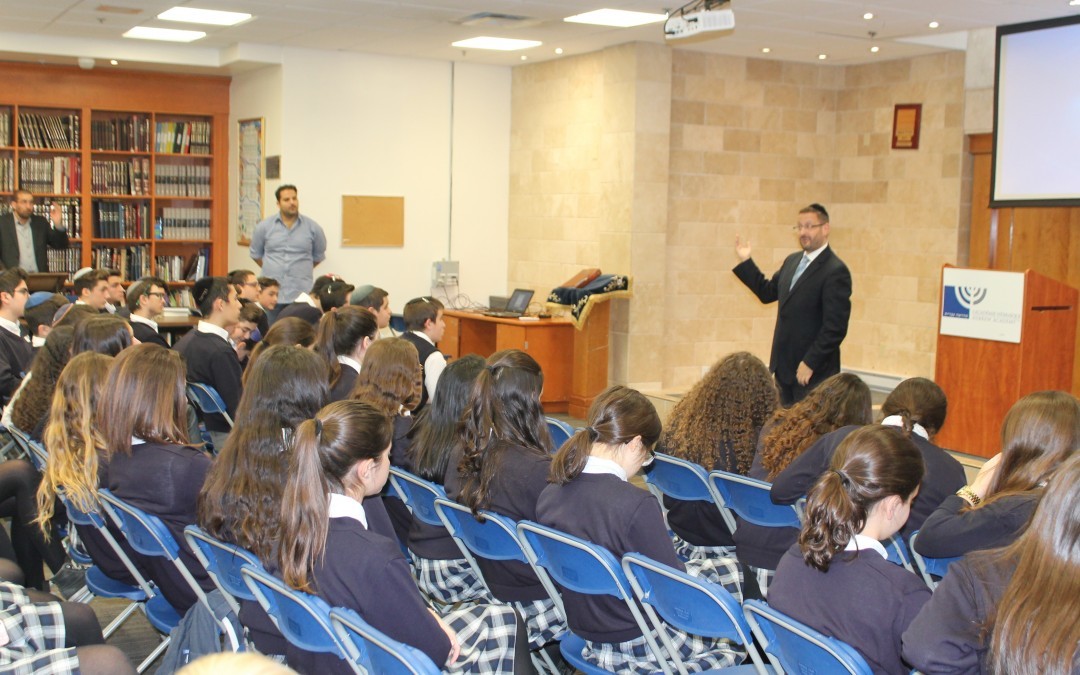 In a passionate address to Grades 10 and 11 students earlier this week, former MK Rabbi Dov Lipman captivated students with stories about his experience as the first American to serve in the Knesset in 25 years.

A representative of the Yesh Atid party – a centrist party founded by former journalist Yair Lapid – Rabbi Lipman first spoke about the fulfilment of his dream to make Aliyah – a dream his grandmother, a Shoah survivor, shared with the same fervour.

“I am lucky to still have a grandmother, and I was afraid to tell her that I would be making Aliyah with my family; I was anticipating an onslaught of ‘bubby guilt’ over the fact that her grandchildren and great-grandchildren would be moving so far away. Instead, she recited [the bracha of] Shehecheyanu because she was so thankful to Hashem that we were moving to Israel.”

Rabbi Lipman never imagined he could serve in the Knesset because his Hebrew initially wasn’t “good enough”.  Now proficient after years of learning and practice, he emphasized that “none of you should feel that Hebrew is an obstacle to studying and learning in Israel” and encouraged the students to interact with Israelis, “because they’re incredible people who have met with so many challenges and keep moving forward.”

In order to serve as an MK, Rabbi Lipman had to renounce his American citizenship, something which was initially a very traumatic prospect.

“It was very hard to do – I have tremendous gratitude to the U.S. for being a haven to my family.”

Ultimately, he understands the imperative for MKs to have undivided loyalties to Israel and is “so proud to be an Israeli citizen.”

Rabbi Lipman  implored students to stand up for Israel no matter where they reside.

“We need you as our ambassadors to make the case for Israel, to fight for Israel,” he said. “My call to you is to make Israel a part of your lives.”