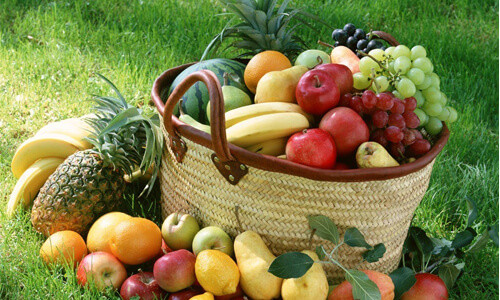 Based on a Dvar Torah by HaRav Yehudah Amital, zt”l

By Yaffa Blanshay, Director of Admissions

This week’s Parasha begins with a discussion on the Mitzvah of Bikurim. Moshe tells Bnei Yisrael that once they enter Eretz Yisrael and it is conquered and divided, they are commanded to observe the Mitzvah of Bikurim, to take the first of their ripened fruits to the Mishkan/Beit Hamikdash and present them to the Kohen.

The Bikurim offering is both a symbol of gratitude and an acknowledgement that everything comes from Hashem. Part of the offering is a declaration. The one who brings the Bikurim recounts the events in Jewish history that brought Bnei Yisrael to the point of entering Eretz Yisrael, namely our exile to Egypt and our growth as a nation there, our suffering in Mitzrayim, the miracle of Yetziat Mitrayim, culminating with Hashem’s awesome delivery of us to Eretz Yisrael.

This declaration and historical summary is an important element of the Bikurim offering.

According to Midrash Tanchuma on this Parasha, Moshe anticipated that the Beit Hamikdash would be destroyed and the Mitzvah of Bikurim discontinued. Moshe therefore established that we pray three times a day as a substitute for Bikurim.

What is the connection between Bikurim and Tefillah?

When we offer Bikurim, we do not only thank Hashem for our produce but we recognize the historical events that led up to our entry into Eretz Yisrael. The declaration is made in the plural. We identify with Bnei Yisrael as a whole and recognize our connection with the Jewish people through the generations. We also recognize our connection to Eretz Yisrael. If we look at Tefillah (the Amidah), we see that it emphasizes Bnei Yisrael as a whole. Our Bakashot, requests, are made in the plural (Refaenu Hashem, Barech Aleinu, Hashiva Shoftenu), and our Bakashot have national or communal elements ( Goel Yisrael, Mekabetz Nidchei Amo Yisrael).

The Torah describes us as “Am Levadad Yishkon” a nation that dwells alone. Within the context of being a “stand alone nation” it is so important for Bnei Yirael to be connected with each other and with Eretz Yisrael. The Mitzvot  of Bikurim and Tefillah help us to remain part of the Jewish collective by identifying with our history, with generations of Jews and with Eretz Yisrael.

May the gates of Shamayim be open to our Tefillot.