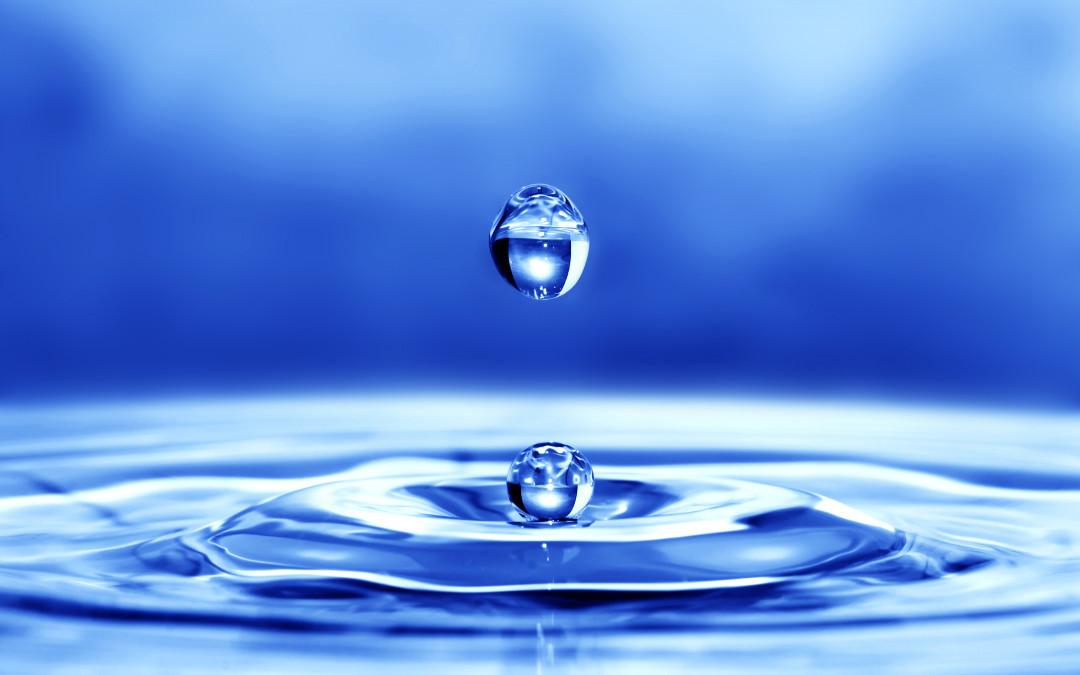 We cannot survive without it for more than a few days. About 55-75% of our body is made of it. The Earth is 70% covered by it. It is all around us, every minute, every day. And science tells us that life as we know it cannot exist without it. It is — as you have probably guessed — water.

The Torah shares a similar view.

In Bereshit 1:1, water is alluded to when we hear about G-d creating הַשָּׁמַ֖יִם (the sky). The Midrash interprets the Hebrew term as a conflation of אֵשּׁ (fire) and מָיִם (water), and the Talmud takes a similar approach referring to it as a short for שָׂם מָיִם (“there exists water”). Only a verse later, in Bereshit 1:2, the Torah introduces the water also as a type of “resting place” for the Divine Presence: וְר֣וּחַ אֱ-לֹקִים מְרַחֶ֖פֶת עַל־פְּנֵ֥י הַמָּֽיִם — “the spirit of G-d hovered on the face of the waters”.

In Parashat Bereshit, water is woven into the fabric of the world as a life giving, positive presence.

In Parashat Noach, however, the water suddenly becomes a force of destruction, when G-d decides to push the reset button, to destroy the world and start anew. The story is jarring, the Flood all encompassing, the destruction inescapable.

To properly understand the transition between the waters of Bereshit and the waters of Noach, we must take a look at a very complex dialogue that G-d seems to have with… Himself.

It all starts with G-d’s discontent:

Then comes G-d’s resolution to destroy the world:

And then comes the salvation, in the form of Noach and his ark:

What is really going on? Why is G-d offering so many explanations? Why is He so bothered by what is about to happen? Why is the Torah so keen to present this internal exchange? And how does all this connect with the significance of the water in Judaism?

To answer all these questions, we need to go back to the beginnings and retell the story a little bit…

At the end of the sixth day of Creation, the Torah says the following:

At first glance, this verse is not unlike the “wow” exclamation of an artist admiring his masterpiece. However, the “wow” here is not just a general statement about Creation, as it also contains an element of particularity. The Midrash (Bereshit Rabbah chapter 6) draws an interesting parallel between the words טוב מאד (“very good”) and the words טוב אדם (“man is good”) — same letters, different order. As crown of the entire Creation, man is seemingly G-d’s main reason for being happy with His work. Unfortunately, as we know it, man is also the main reason for all the destruction that is about to unfold.

Because of this duality of roles, G-d cannot stay indifferent to man’s fate. He simply cannot forget that the world was given to man as a gift, “to fill the earth and subdue it” (Bereshit 1:28). Really, He doesn’t want to forget, He doesn’t want to destroy. So, instead of just bringing about the waters of the Flood, in Parshat Noach G-d cries and suffers, hoping that mankind will repent in the final hours. He talks to Himself and tries to convince Himself that there is still hope in Noach, his descendents and the covenant He will make with them for all eternity…

Explaining one of the verses we previously quoted, Rashi points out that the phrase “one hundred and twenty years” does not actually refer to man’s lifespan. (After all, many people lived for more than 120 years after the Flood, e.g. Avraham, Yitzchak, Yaakov…) Instead, the 120 years are understood here as a grace period allotted by G-d to mankind in order to repent. It is also — according to some voices in the Jewish tradition — the timespan it took Noach to actually build the ark, with the hope that someone would take notice and renounce their evil ways…

Moreover, even at the very moment when the actual Flood started, we still find G-d’s mercy at work:

Contrary to a common popular belief, the Flood was not — at first — brought about by the rain. The main destruction started instead with the waters of the deep, a symbol of the depths to which that generation had sunk. In a majestic show of Divine kindness — Rashi points out quoting again the Midrash — G-d “opened the windows of the heavens” not for destruction, but for man’s prayer to be able to ascend.

It was as if G-d was hoping against all hope that someone would come and utter a prayer, or do a kind deed, or show a sign of remorse — to end the destruction. The rain drops at the beginning of the Flood were like G-d’s tears, pleading for mankind and deploring the complete lack of answer from below.

Only when it became obvious that no prayer was going to ascend and no cry of remorse was going to be heard — only then G-d brought about the downpour of water, hail and fire, to cleanse all the evil from the world. Only then, the רָקִ֖יעַ (rakia), the firmament separating the waters above and the waters below, was made permeable again, allowing the waters to merge back into the state they existed at the onset of the second day of Creation, the only day when G-d did not say that “it was good.” (Bereshit 1:6)

And one more thought, to bring G-d’s internal struggle from past to present…

On Shemini Atzeret, as part of a moving ritual called Tefillat Geshem (The Prayer for Rain), we mention an angel by the name of Af Bri (the name also appears in the Book of Job 37:10-12). In Hebrew, Af Bri brings together two contradictory concepts: Af means “anger” and Bri means “health”. It is almost as if — with every rain that is about to fall — G-d is still asking Himself the very same question He asked at the time of the Flood: “This rain that I am about to bring on the earth, should it be for health and blessing? Or is it a sign that my children have angered Me once again with all their ignorance and wrongdoing?”

Read in this vein, the story of the Flood is really not about destruction. It is about G-d’s tears of sadness and His unwavering belief in humanity. It is a story about G-d’s constant choice, to give us another chance every day, according to the covenant He made with Noach and his descendents, some 4,000 years ago.

And it is about our own choices — for good or not-yet-good — in each and every one of our endeavors.