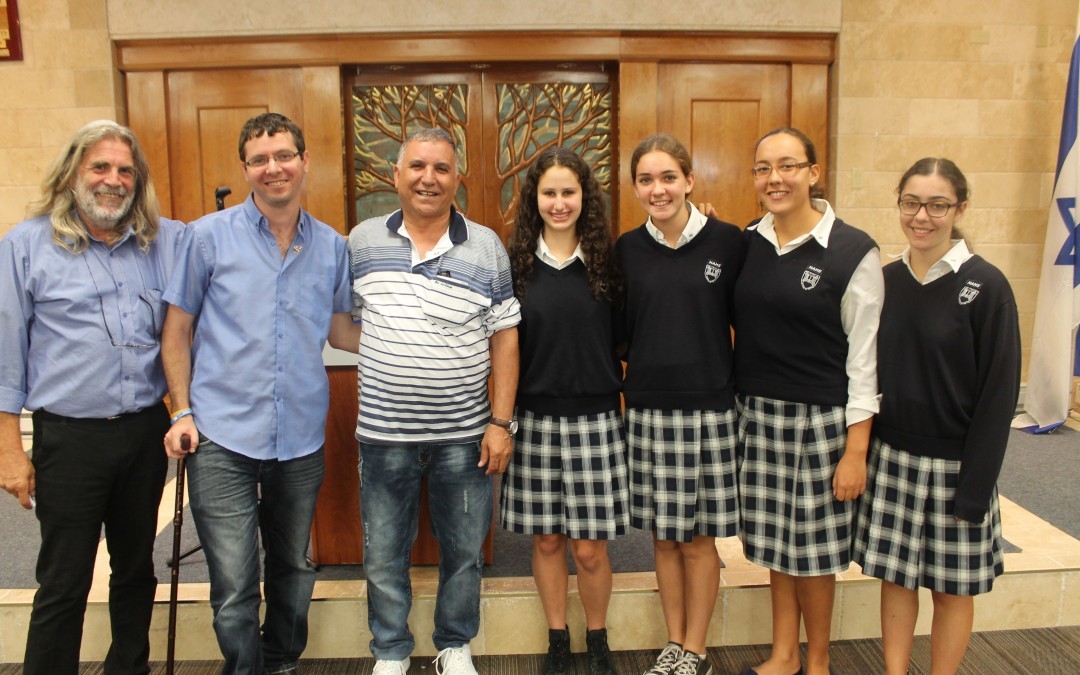 Ehud Amiton’s eyes welled with tears as he recalled being wounded in battle while serving as a staff sergeant in the IDF in November, 2006. Addressing Hebrew Academy students in Grades 9 through 11 on Tuesday, 29-year-old Amiton, supported by a cane, recounted the emotional and physical trauma he experienced when he was struck in the leg by Palestinian terrorists that year in a major combat mission in Hebron.

Amiton visited Hebrew Academy as part of a delegation from Beit Halochem, a non-profit organization that assists over 51,000 disabled Israeli veterans and victims of terror to rebuild their lives through rehabilitative programming and other support. With the help of Beit Halochem volunteer Dado Ben-Brith who served as a translator, Amiton and former IDF corporal Shimon Pertz – who was captured during the 1973 Yom Kippur War and spent three months in an Egyptian prison – recounted in Hebrew how they overcame their emotional and physical wounds and persevered with the help of Beit Halochem. Pertz, 60, ultimately married and became a father and is now in charge of the Beit Halochem rehab center in Rishon L’Tzion. Following eight months of hospitalization and rehabilitation, Amiton returned to the army to complete his three years of military service, despite being exempt due to his injury.

“I had to defend my country,” said Amiton, adding that we are raised to be strong and not to wallow in self pity. “Serving Am Yisrael and Eretz Yisrael gave me strength.”

The guests underscored their appreciation for the support they receive from communities like ours outside of Israel. Following their presentations, the two were surrounded by intrigued students who continue to ask questions and view Amiton’s battle photos.